New Zealand politician punched in face while walking to work 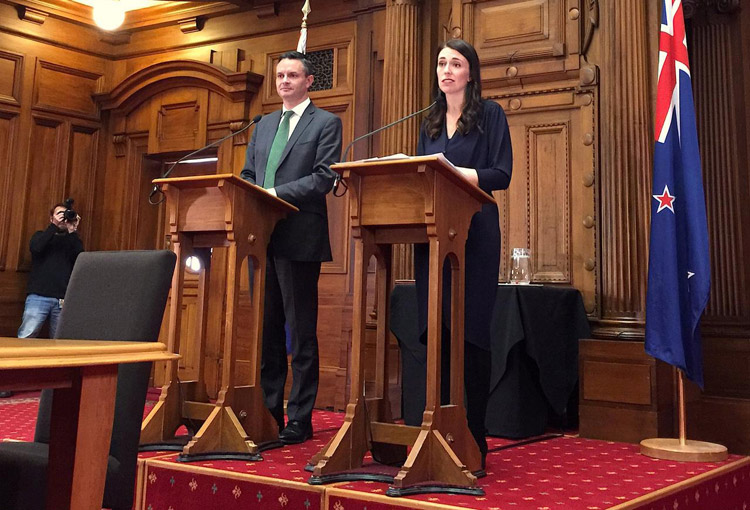 WELLINGTON: A New Zealand government minister said he was punched in the face on Thursday while walking to work in an attack that’s rare in a country where politicians often mingle with the public in stores, bars and sports arenas.

James Shaw, the Climate Change Minister and co-leader of the Green Party, was walking past Wellington’s Botanic Garden just before 8am when a man started talking to him before grabbing him and punching him several times, said Shaw’s press secretary, Peter Stevens.

Stevens said two people came along to help and the man jumped in a car and drove away. Shaw suffered a black eye and grazes on his wrist and was being assessed at Wellington Hospital, Stevens said.

Police said a 47-year-old man has been arrested.

New Zealand’s Prime Minister Jacinda Ardern said she’d spoken with Shaw soon after the attack and he’d told her he was doing fine. She told him to take whatever time he needed to recover and her thoughts were with him and his wife.

“When you go into politics in New Zealand you just don’t expect these things to happen, and I know it will be especially challenging for loved ones,” Ardern said in a statement.

She said she couldn’t say much more about the attack as it was the subject of a police investigation.

“We have an environment in New Zealand where politicians are accessible, and that’s something we should feel proud of,” Ardern said. “We are, after all, here to serve people. But today’s events really show we cannot take that for granted.”

New Zealand historically has had few instances of terrorism or politically motivated crimes. Among politicians, typically only the prime minister gets round-the-clock protection from the Diplomatic Protection Service, while others might get temporary protection during election campaigns or when needed.

Stevens, the press secretary, said Shaw was walking with his headphones on listening to music when the man approached. The attacker seemed to recognize Shaw, he said, but the conversation was brief and somewhat random. He said Shaw asked the man to let go of him before he was punched.

“He’s feeling a bit tender and a bit shaken up,” Stevens said.

Stevens said Shaw was very grateful for the people who helped intervene and for police and ambulance crews who arrived quickly.