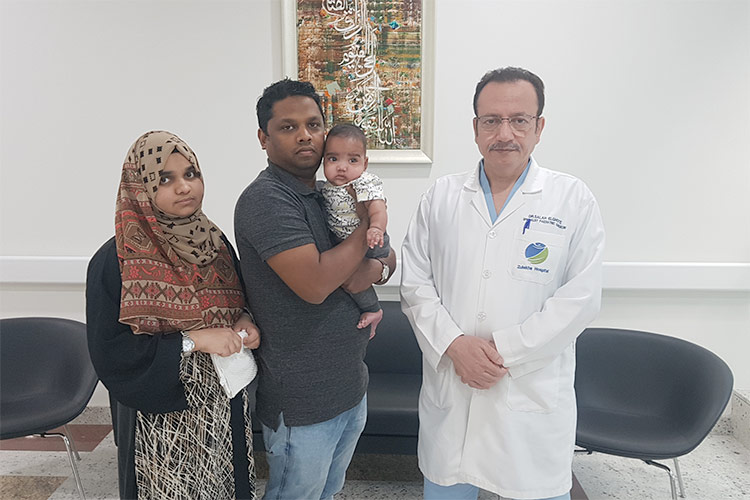 Aydin was admitted for seven days and has recovered very well due to receiving sufficient medical and surgical care.

Appendicitis is the inflammation of the appendix which is a small hollow organ attached to the colon on the lower right side of the abdomen. As the appendix  doesn’t seem to have a specific purpose in the body, appendicitis can causes severe pain and is most common in people between the ages of 10 and 30. Left untreated, an inflamed appendix wills eventually burst, or perforate spilling infectious materials into  the abdominal cavity. This can lead to peritonitis - a serious inflammation of the abdominal cavity’s lining (the peritoneum) that can be fatal unless it is treated quickly.

The standard practise in this situation is to remove the appendix but in this case Aydin also has Peritonitis which is an inflation of the tissue that  lines the inner wall of the abdomen and covers and supports most abdominal organs and is usually formed by a bacterial infection. Peritonitis can rapidly spread into the blood and other organs, resulting in multiple organ failure and even death.

Due to Aydin being so small, it is difficult to diagnose this condition. The patient was admitted to the Pediatric Surgical unit and was taken to the operating  room for a Laparotomy and Appendectomy, the intra-operative findings confirmed the inflamed and perforated appendix with pus in the peritoneal cavity and an inflamed small bowel with multiple adhesions. An Appendectomy was performed where small bowel adhesions  and a peritoneal lavage with saline solution was performed to treat the peritoneal contamination.

Dr Salah Eldin Elghote, Specialist Pediatric Surgeon and Orthopedic Surgeon said, ‘’Appendicitis is the most common surgical abdominal emergency in the  pediatric population. It can occur at any age, but it occurs more frequently in children aged eight to 16 years old. It rarely occurs in children under the age of one, however, the rate of perforation - rupture or burst appendix - is higher in younger children.  It is very difficult to diagnose infants with acute appendicitis and the morbidity and mortality rate is usually very high in this age group because of the complications.”