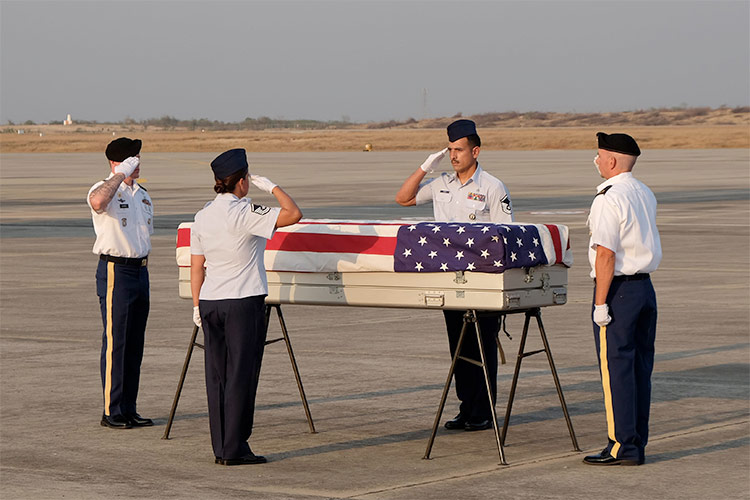 MANDALAY: The United States on Tuesday retrieved the possible remains of service members who went missing in Myanmar during the Second World War, marking the first such mission to Myanmar carried out by US military aircraft, American officials said.

After a brief ceremony, the remains were taken from Myanmar’s second-largest city, Mandalay, to a laboratory in the United States for further analysis and identification.

“We remember. You are not forgotten,” said the US ambassador to Myanmar, Scot Marciel, at the ceremony. He said the mission was meant to honour the memory of the fallen service members and to show appreciation for their service.

From 1942 to 1945, the airspace over Myanmar, then called Burma, served as an important supply corridor from India to China after the Japanese captured the northern town of Lashio, severing the last major Allied supply route over land into China.

During the period, American transport planes made daily flights over the eastern Himalayas, a perilous route called the Hump, according to the website of the US embassy in China.

The remains are believed to be from a B-25G aircraft with seven crew members onboard that crashed in February 1944 in Myanmar’s northwestern Sagain region, US officials said.

More than 82,000 Americans remain missing from past conflicts, and 632 US service members, mostly air crews, disappeared in Myanmar during World War Two, US government data show.

Relations between the two countries have chilled after Washington last year sanctioned some Myanmar military and police commanders and army units, accusing them of ethnic cleansing against the Rohingya Muslim minority.

Myanmar has rejected the charges, saying it was fighting Rohingya “terrorists”.

About 730,000 Rohingya fled Myanmar after August 2017 following what a US government investigation described as a “well-planned and coordinated” campaign of mass killings, gang rapes and other atrocities against the Rohingya by the Myanmar military.

Meanwhile, the people responsible for the atrocities that forced hundreds of thousands of Rohingya Muslims to flee from Myanmar’s Rakhine state will be held to account, an International Criminal Court official said on Monday.