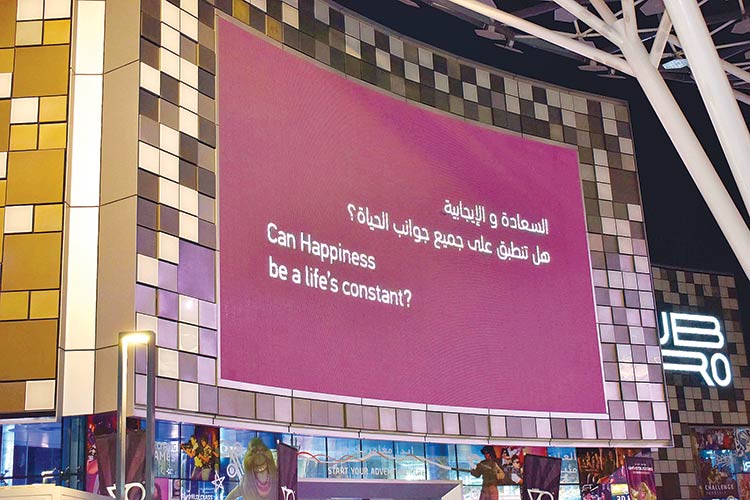 The International Government Communication Forum (IGCF 2019) has launched a social media campaign under the hashtag #Sharjah_Asks to highlight the objectives and agenda of its upcoming edition, which will be held under the theme, “Behavioural Change towards Human Development,” from March 20–21 in Sharjah.

The most specialised of all its eight editions, the Forum is organised by the International Government Communication Centre (IGCC).

Their reaction to questions like citizens’ devotion to nation building, the kind of future UAE’s citizens and residents envision for their children, their preparedness for jobs of the future, classrooms building 21st century skills, and people’s perception of happiness is being elicited by this unique social campaign.

Tariq Saeed Allay, Director of Sharjah Government Media Bureau (SGMB), stressed that #Sharjah_Asks is a true reflection of the IGCF theme this year, which has been formulated shed light on the increasingly important role of behaviour – impacting government communications, which drive the success of development efforts by whole-heartedly motivating many citizens to take up responsibility and contribute to the same.

Allay highlighted the need for governments, particularly their communication teams, to activate the necessary mechanisms that will help them analyse characteristics and motivations of the resident population based on their life requirements and aspirations.

“These are key to designing effective public outreach campaigns with key messages that will drive positive change in people’s behaviours. This is why we launched this campaign, hoping it would be a substantial step in the direction,” Allay noted.

“The campaign furthers IGCF 2019’s central mandate of shedding light on the ways to actively involve individuals in the development plans and initiatives of governments in their local communities, and make them equal partners in the country’s progress,” he added.

IGCF 2019 addresses the importance of integrating communication into social, behavioural and psychological science and the need to engage scientists and behaviour experts when organizing behavioural change campaigns, in addition to defining requirements for such campaigns. The forum is bringing together a group of experts, specialists and government officials under one roof to provide insights on these issues.

The two-day summit will host 37 events to spotlight the role of government communication in motivating and empowering individuals to play a key role in the development process. The IGCF agenda includes several interactive panel discussions, inspiring sessions, workshops and brainstorming sessions.

On day one of the forum, the Researchers Platform will organise a review of the IGCC publication, ‘Government Communication: Studies and Practices’ authored by Dr Mohammad Ayish, Head of the Department of Mass Communication at the American University of Sharjah, and Dr Ahmed Farouk, Assistant Professor at the Department of Public Relations at the University of Sharjah.