Abu Dhabi cancer registry to be out - GulfToday

Abu Dhabi cancer registry to be out 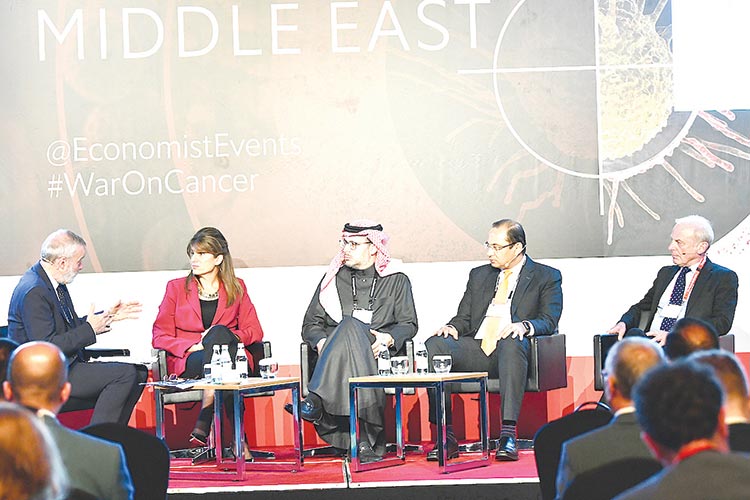 The panellists at the Designing a System for Success session of the “War on Cancer Middle East 2019” on Monday.

DUBAI: Department of Health-Abu Dhabi-Cancer Prevention and Control Section head Shada Al Ghazali on Tuesday said a comprehensive cancer registry the government entity has been working on since 2012 is expected to be available on line in two weeks.

“I hope it will be out in a couple of weeks,” said Al Ghazali at the Flash of Insight: Medical Technology and the Empowered Patient session of “War on Cancer Middle East 2019” held in Dubai.

She said the collated clinical data from all Abu Dhabi cancer patients and survivors contain “all types of cancer, the demographics of the patients, the different stages they are in, including childhood cancers.”

Al Ghazali added, “We have been working on this in the last six years with the technology we have been (working on as well) along with (our private sector partners). We believe this is the right time to release it to be made available to the public to help develop policies in the context of healthcare.”

Panelist Jordan Ministry of Health-Cancer Prevention and Control Section head Omar Nimri traced the Amman experience from the late 1990s which has helped established among other policies, the National Screening Programme for Breast Cancer.

Al Ghazali’s announcement of the Abu Dhabi cancer registry was one bright news from the summit and considered an achievement by the UAE.

This, as speakers from three other panel discussions—Designing a System for Success, The Middle East in the Global Context, and Proactive Policymakers—were of the opinion that even as inroads have been gained in recent years to address the rising global and regional rates of cancer, identified challenges in the past, remain.

The challenges are the conduct of localized research and clinical studies, the creation and establishment of cancer registries, and fragmentation. Their individual perspectives were supported by “The Economic Intelligence Unit (EIU): Cancer Preparedness Index Report,” the entire content of which shall be announced at the “War on Cancer Asia 2019” in Singapore later this month.

The report indicated that based on data gathered from almost 10 years back, low-middle income countries specifically in Africa, Middle East and Latin America continually bearing the brunt of cancers.