India general elections from April 11 to May 19, vote count on May 23 - GulfToday

India general elections from April 11 to May 19, vote count on May 23 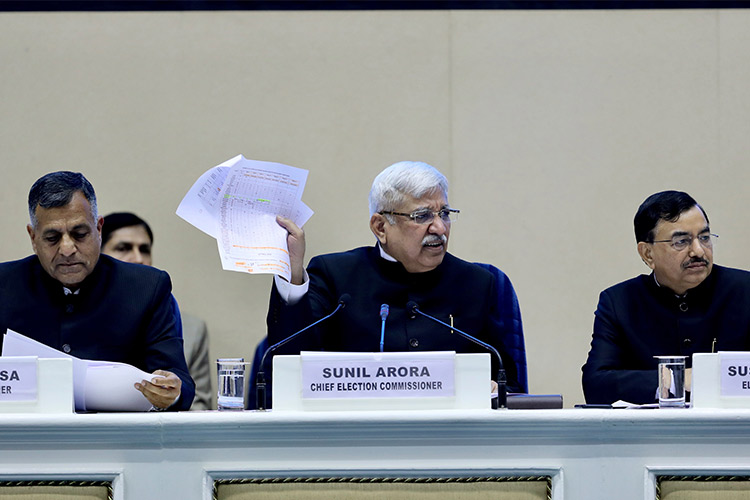 NEW DELHI: The Lok Sabha elections will be held in seven phases from April 11 to May 19 and the votes will be counted on May 23, Chief Election Commissioner Sunil Arora announced on Sunday.

The staggered election will see about 900 million voters, up from 814.5 million in 2014, when Narendra Modi led the BJP-led National Democratic Alliance (NDA) to power ending a decade of Congress-headed UPA rule.

Approximately 10 lakh polling stations, one lakh more than in 2014, will be set up and a total of 17.4 lakh VVPATs will be used with electronic voting machines (EVMs) in all polling stations, Arora told a crowded press conference.

"The Election Commission has attempted a very comprehensive preparation for the conduct of the election", he said.

"The panel believes that purity of electoral roll is the foundation of fair elections," he added.