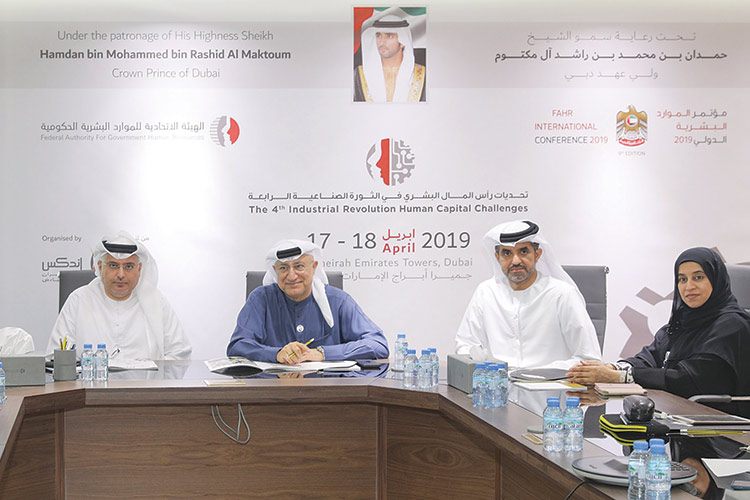 Dubai: The 9th edition of the Federal Authority for Government Human Resources (FAHR) International Conference is to be held next month, on April 17 and 18, at the Jumeirah Emirates Towers Hotel in Dubai.

The 2-day event will be held under the patronage of Sheikh Hamdan Bin Mohammed bin Rashid Al Maktoum, Crown Prince of Dubai as the premier HR conference running under the theme ‘The 4th Industrial Revolution Human Capital Challenges’. It brings together a number of world-renowned experts, specialists and professionals in the field of human resources, who will offer their insight on the impact of technologies on sustaining human capital while also focusing on the rapid shifts and key factors that drive the company’s performance and success.

Dr Abdulrahman Abdul-Mannan Al-Awar, Director General of the Federal Authority for Government Human Resources, stressed that the UAE has proven itself on so many levels especially in terms of thegovernment efficiency, mobilizing human resources, and advancing government work system. This is a natural result considering the great attention paid by the wise leadership of President His Highness Sheikh Khalifa bin Zayed Al Nahyan, and His Highness Sheikh Mohammed bin Rashid Al Maktoum Vice President and Prime Minister of the United Arab Emirates (UAE), and Ruler of the Emirate of Dubai.

He further stressed that the 9th FAHR International Conference comes at a time when the UAE is racing ahead to invest in the rapid technological developments in the world and employ them in the development of institutional work. In addition, the UAE is also focusing on enhancing the skills and competencies of employees as a fundamental requirement in response to future changes and correspondingly the jobs it will create.