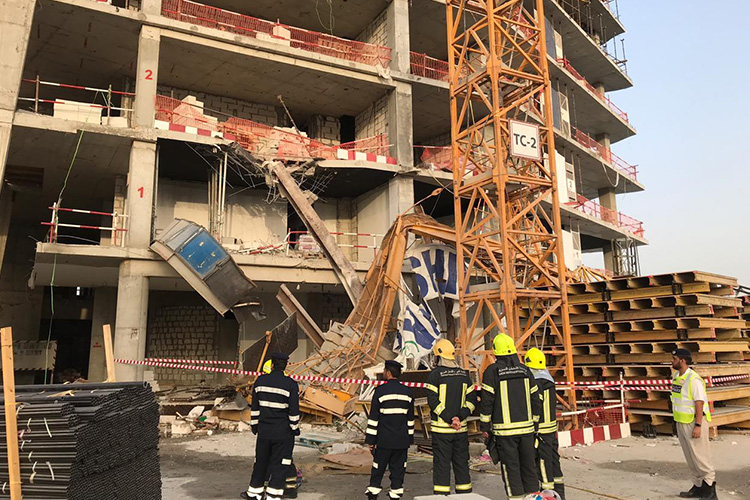 
ABU DHABI: An Asian worker died and three others were injured when a scaffolding crane crashed at the site of a building under construction in the Al Raha Beach area of Abu Dhabi.

The victims were transferred to Al Rahba and Mafraq hospitals.

The command and control centre at the Abu Dhabi Police Central Operations Department received a report stating that a crane had fallen. The rapid intervention teams, ambulances, and patrols rushed to the site and treated the workers.

Lt. Col. Ibrahim Ali Jalal Al Baloushi, Director of the Rapid Intervention Department at the Directorate of Emergency and Public Safety, urged all owners of construction and contracting companies to provide all means and safety tools at work sites and ensure regular maintenance of cranes.