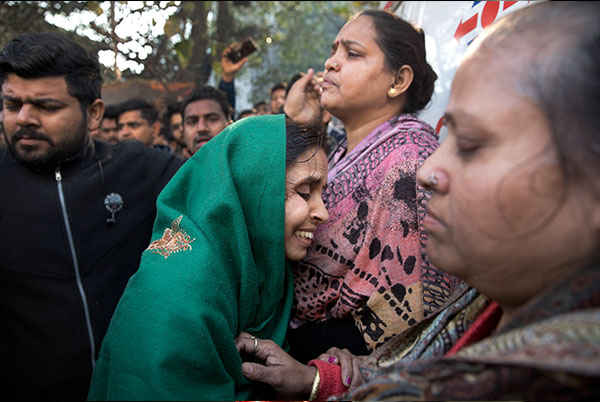 NEW DELHI: Prime Minister Narendra Modi on Tuesday condoled the deaths of 17 people who died after a fire broke out in a hotel here.

"Deeply saddened by the loss of lives due to a fire at Karol Bagh in Delhi. I convey my condolences to the families of those who lost their lives. May the injured recover soon," the Prime Minster said in a tweet.

Seventeen people, including a child, were killed and three were injured in the major fire that engulfed the six-storey Hotel Arpit Palace in Karol Bagh earlier on Tuesday.