New Zealand village in hands of God as fire threatens 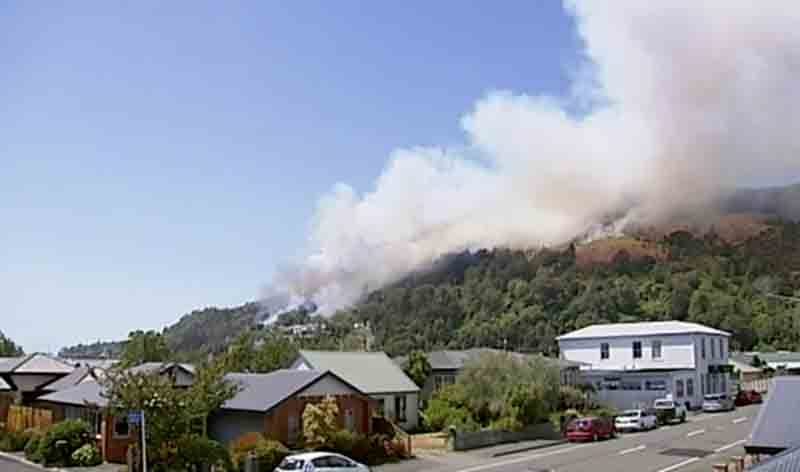 WELLINGTON: An entire village of more than 3,000 people was evacuated in New Zealand on Saturday as a huge bushfire threatened houses, and firefighters said they were “in the hands of God.”

A state of emergency has been declared around the town of Wakefield as the fire, which has had been raging across parched countryside in the Nelson region, at the top of the South Island, moved within 10 kilometres (six miles) of the residential area.

It had swept across about 2,100 hectares of mainly bush and pine forest since erupting in the tinder-dry rural district on Tuesday.

The regional police commander, Zane Hooper, confirmed they had successfully completed “the orderly evacuation of Wakefield,” while fire chief John Sutton said the critical danger point could come on Sunday.

“I'm worried about tomorrow, to be honest,” Sutton said.

“We are in quite a good place strategically today, but we are in the hands of God when it comes to the wind. If we have winds that are anywhere near 50 kilometres (30 mph) today, we're in trouble.”

Helicopters being used to fight the fire have at times been diverted to douse other flare-ups in the region, including one on tree-covered hills bordering Nelson city which is home to about 50,000 people.