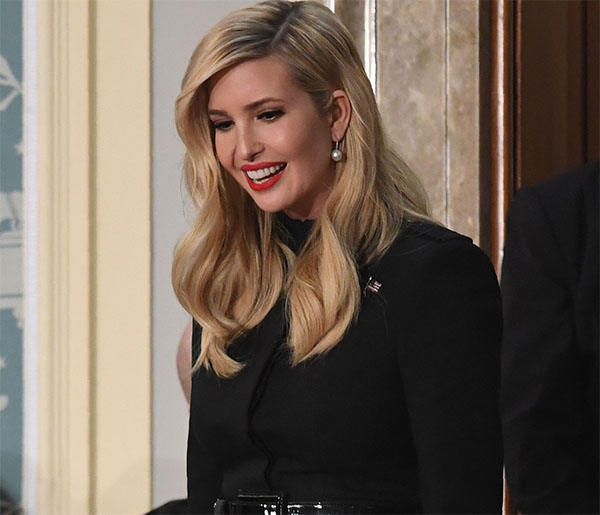 WASHINGTON: US President Donald Trump will on Thursday introduce an initiative that will seek to help bring economic security to 50 million women across the world by 2025.

The plan, called the Women's Global Development and Prosperity Initiative, will draw from a $50 million starter fund from the US Agency for International Development, and will team up with several private companies, including UPS and Walmart, The New York Times quoted the President's daughter and senior White House adviser, Ivanka Trump, as saying on Wednesday.

The initiative will be led by Ivanka Trump.

"'America First' does not mean 'America Alone'," she said in a call with reporters on Wednesday as she detailed the rollout.

"We are proud to be the most generous nation in the world."

The plan had been on track to be announced last month, but the partial government shutdown delayed the formal rollout.

Ivanka Trump, 37, will attend the Munich Security Conference next week in Germany to promote the programme as a plan to help bolster the global economy and to draw a stronger link between women's economic empowerment and national security, a senior White House official said on Wednesday.

She first became interested in gender equality when she worked in the corporate world - she once started a "Women Who Work" hashtag to sell her branded merchandise.

Last year, Ivanka Trump helped start a World Bank fund with the goal of generating $1.6 billion in capital for female entrepreneurs in developing countries, and she has tried to work with members of Congress to advance initiatives she cares about, including the Women's Entrepreneurship and Economic Empowerment Act.