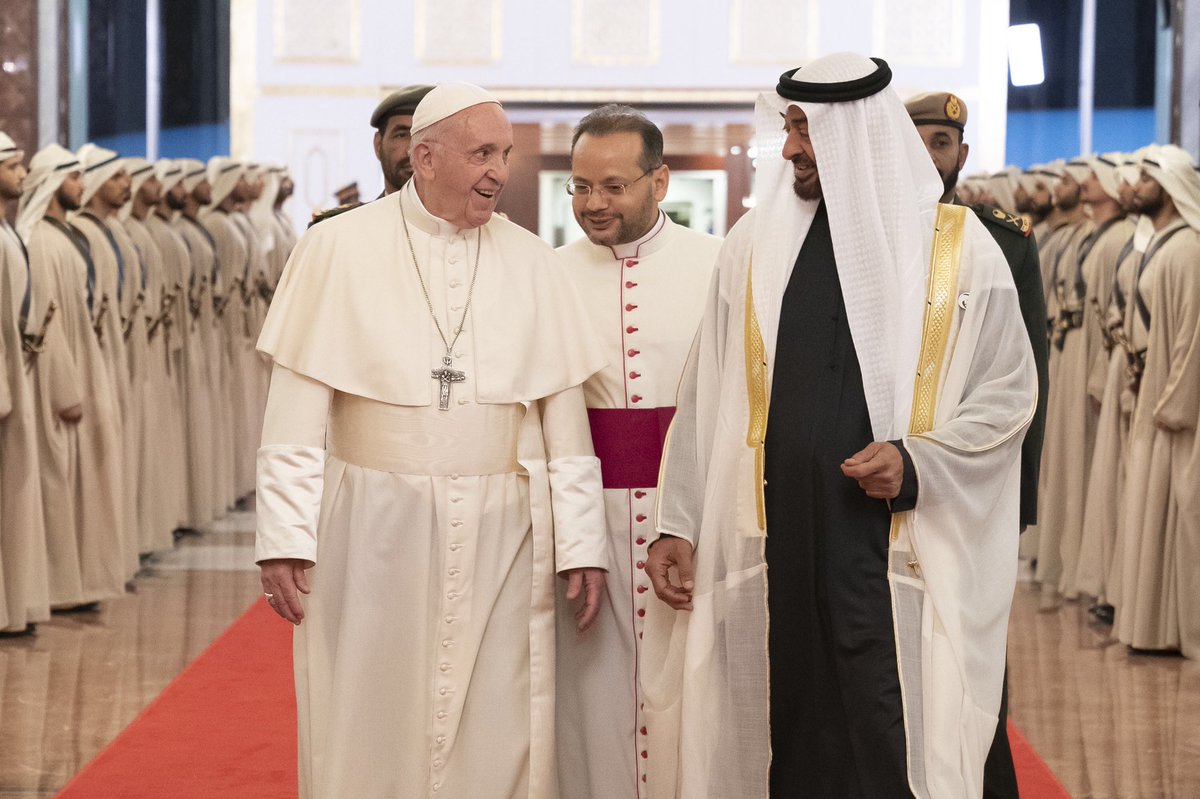 ABU DHABI: His Holiness Pope Francis, head of the Catholic Church, arrived in Abu Dhabi on Sunday evening to begin his historic visit to the United Arab Emirates.

He was received at the airport by His Highness Sheikh Mohamed Bin Zayed Al Nahyan, Crown Prince of Abu Dhabi and Deputy Supreme Commander of the UAE Armed Forces, and His Eminence Dr Ahmad Al Tayyeb, Grand Imam of Al Azhar Al Sharif. A number of children lined up with bouquets of roses to welcome the Pope.

Dr Ahmad Al Tayyeb arrived in the UAE earlier in the day and was also received by His Highness Sheikh Mohamed Bin Zayed.

In a statement, His Highness Sheikh Mohamed Bin Zayed welcomed the visit of Pope Francis and Dr Ahmad Al Tayyeb to the UAE. Expressing his great happiness, he said that the visit is especially important in promoting the values of fraternity, peace and peaceful coexistence. The visit is also significant because it reinforces ties of friendship and cooperation between the UAE and the Vatican, he said.

Sheikh Mohamed said that the UAE has been, and will continue to be, a beacon of tolerance, moderation and coexistence. It will be a key participant in the dialogue of civilisations and cultures, he said, and will continue to oppose intolerance and extremism regardless of its origin, thus embodying the noble human values it believes in as well as the openness and moderation that has always characterised its people.

The Pope, who landed at Abu Dhabi's airport, will stay in the UAE until Tuesday.

The Pope will hold an open-air mass for some 135,000 Catholics in a stadium in Abu Dhabi on Tuesday, set to be the largest gathering ever in the UAE.

The pontiff will take part in an interreligious conference on Monday, meeting Sheikh Ahmed Al-Tayeb, the Imam of Cairo's Al-Azhar, Sunni Islam's prestigious seat of learning.

Before boarding a flight to the UAE, in a tweet, the Pontiff said, "I am about to leave for the United Arab Emirates. I am visiting that country as a brother, in order to write a page of dialogue together, and to travel paths of peace together. Pray for me!"

Yousef Al Otaiba, UAE Ambassador to the United States, said in 1960, two Christian missionary doctors from the United States arrived in the desert town of Al Ain, in what is now the United Arab Emirates, to establish its first hospital. With support from local leaders, including the Founding Father of the United Arab Emirates, the late Sheikh Zayed Bin Sultan Al Nahyan, they worked over decades to develop the hospital and to save lives, building a lasting legacy of respect from the town’s Muslim residents.

"This week," according to Otaiba, "that legacy will be honoured when Pope Francis, Head of the Catholic Church, travels to the Arabian Peninsula, the first such visit for any Pontiff."

"The Pope’s visit will send a strong signal across the region and world," he said. "People with different beliefs can live, work and worship together. Reverence, respect and compassion are core common values. Prayer is both uniting and unifying." 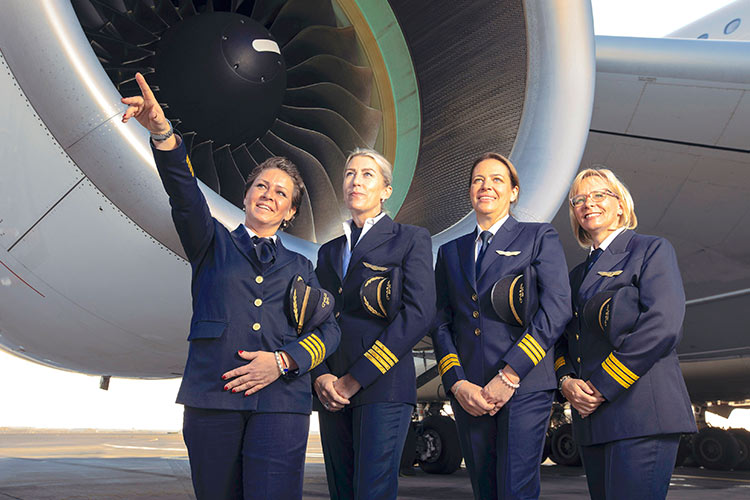 The flight deck worked hand in hand with the 19-member all-female cabin crew team from 13 nationalities, on the flight of 398 guests.