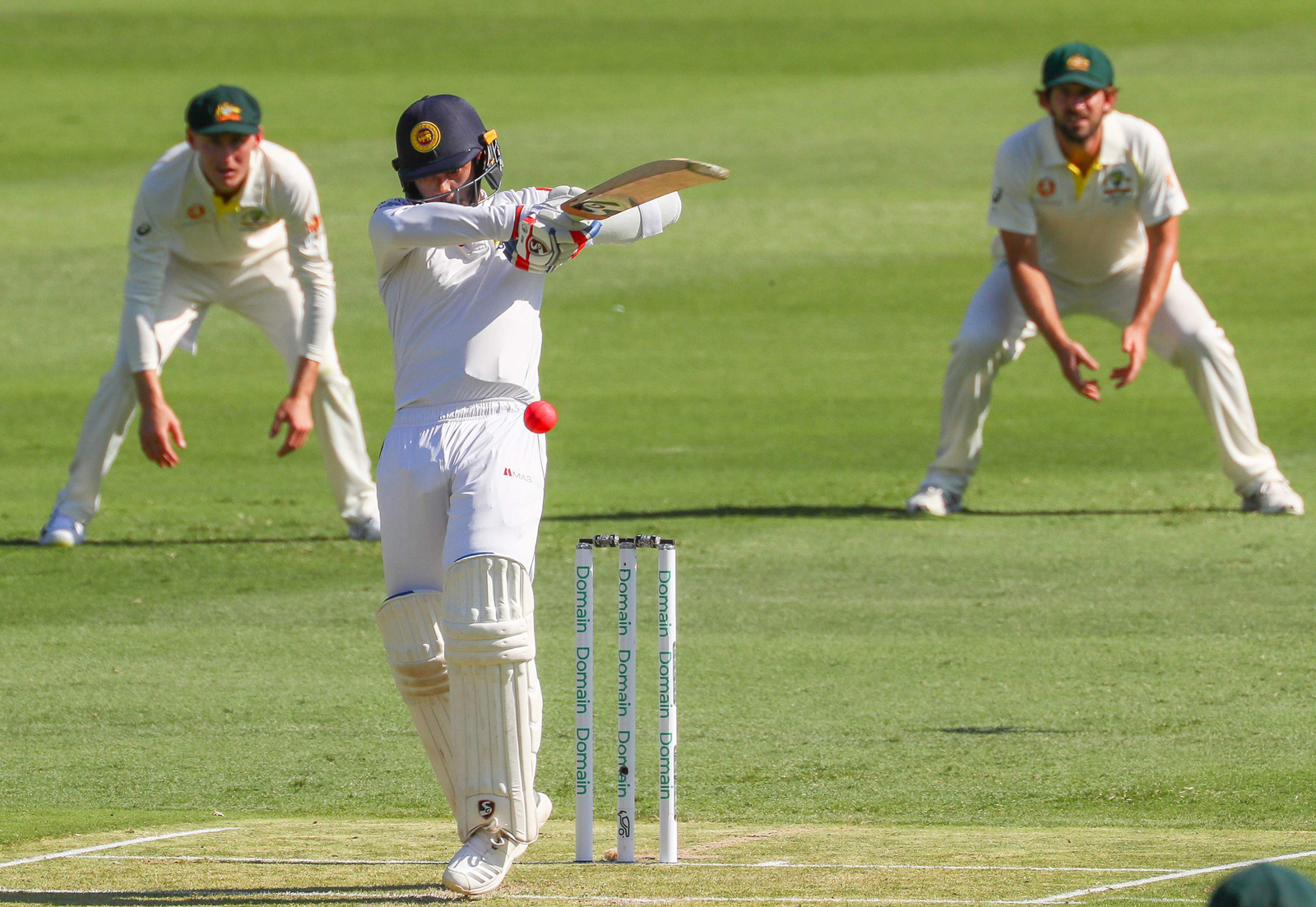 Australia had the upper hand at tea on the opening day of the day-night Test at the Gabba as Sri Lanka crawled to 58 for three at the first break.

After Sri Lankan captain Dinesh Chandimal won the toss and elected to bat on a hot and humid Brisbane afternoon, the visitors were forced to battle hard against the Australian attack.
Kusal Mendis was on 14 at the break alongside Roshan Mendis, who was yet to score.


Sri Lanka's openers had weathered the early storm from the Australian pace attack, although Lahiru Thirimanne, playing his first Test since 2017, looked uncomfortable at times.

At 17 for no wicket, umpire Richard Illingworth judged him lbw to Mitchell Starc, but the Sri Lankans reviewed the decision and ball-tracking showed the delivery missing leg stump, denying Starc his 200th Test wicket.

The Sri Lankans moved the score along before Thirimanne on 12 tried to drive Pat Cummins, only to edge a comfortable catch to Marnus Labuschagne at third slip. Debutant Jhye Richardson opened the bowling with Starc and was impressive in his first spell in Test cricket, hitting the pads of the Sri Lankan openers numerous times.

He was finally rewarded with the wicket of Chandimal, well caught by a diving Joe Burns at second slip to leave the visitors at 31 for two. Mendis replaced his skipper at the crease and he and Dimuth Karunaratne fought hard to try and rebuild the visitors' innings.