Argentine corn farm gets its own Messi 'tattoo' - GulfToday

Argentine corn farm gets its own Messi 'tattoo' 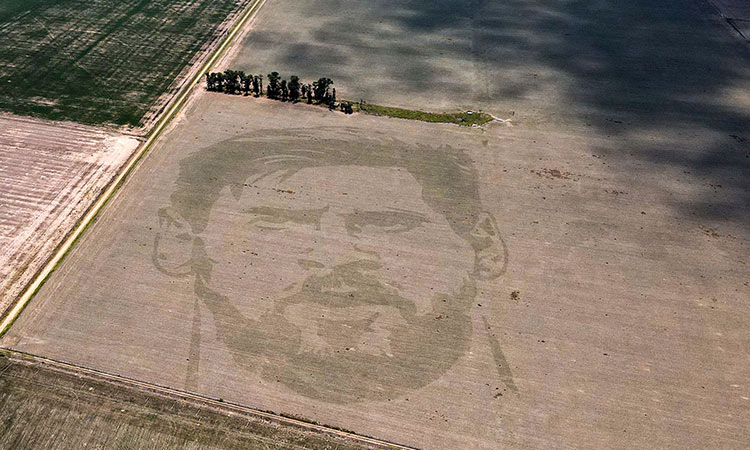 Aerial view of a corn field displaying an image of the face of Argentine football star Lionel Messi. AFP

Thanks to advanced agricultural technology, one Argentine corn farm has planted its own Messi "tattoo" and shared the software so that it can be replicated.

In rural Ballesteros, about 500 kilometers (300 miles) northwest of Buenos Aires, farmer Charly Faricelli tells AFP that he planned to design Messi's face into his corn field regardless of Argentina's result in Qatar last month.

"The idea was a tribute from the agricultural world to Messi, whether he won the World Cup or not -- which thank God he did!" he said.

The size of almost four football fields, the Messi face can only be seen from above, and becomes more visible as the corn grows.

"It's an agricultural 'tattoo'," said Faricelli.

Unlike other crop designs, where plants are chopped down to create an image, this "tattoo" is the result of different concentrations of planted seed.

Faricelli explains that "with advances in technology, the tractor knows exactly, as it goes along, how many seeds to sow in which place."

He has invited other farmers on social media to imitate his homage and has shared the software for them to upload into their equipment.

There are 25 faces of Messi in corn fields across five different provinces, Faricelli says.

"We identify with the national team, because it suffered before winning, and the agricultural world is also suffering," he says, alluding to a major drought impacting Argentina's fertile Pampas plains in the center of the country.