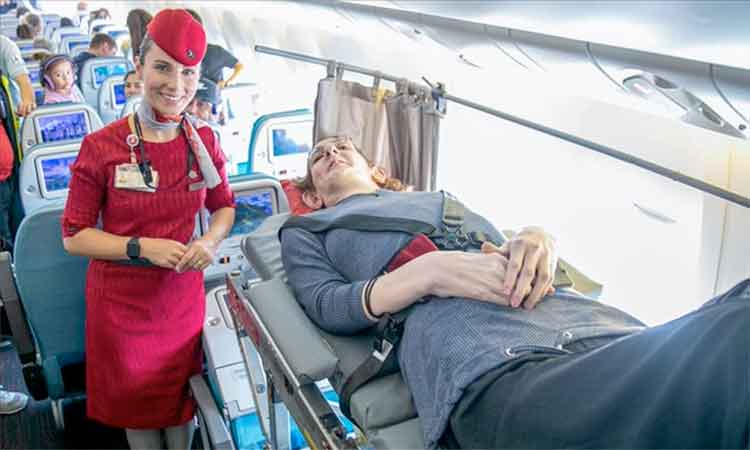 This was certainly not a tall order, not by a long chalk. Recently, Turkish Airlines had a very special passenger: the world’s tallest woman, Rumeysa Gelgi, who has a phenomenal height: 215.16 cm (or 7’.71”). The Guinness record holder was flying from Istanbul to San Francisco, a 13-hour journey, with her family. 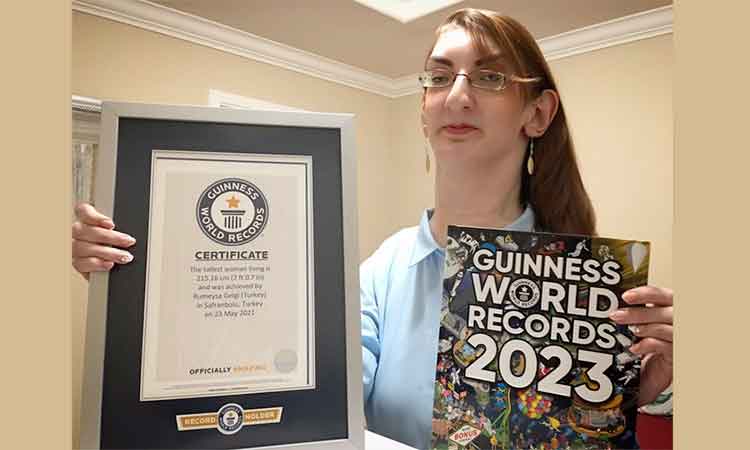 Rumeysa Gelgi has several Guinness titles to her credit, apart from being the world’s tallest woman.

However, for Gelgi, who is Turkish, it was difficult to squeeze into the aircraft’s seats. She has Weaver syndrome, a rare genetic bone condition which triggered her unusual height. Because of the syndrome, she has scoliosis, a spinal ailment. She underwent surgery five and a half years ago. From that day on, she has a titanium spine with 2 rods and 32 screws and a metre-long scar. This makes it difficult for her to have normal movement or even sit for long periods.  She has to lie down.  She uses a wheelchair and walker because of her mobility issues.

However, making room for this giant of a passenger was a breeze for Turkish Airlines, which removed six seats so that she could be at ease. A purpose-built stretcher was installed for her in the plane.

Throughout the journey, the staff took extra-special care of their extra-special passenger. Clearly, her head was above the clouds as she felt extremely thrilled and profusely thanked the staff for their exemplary service. 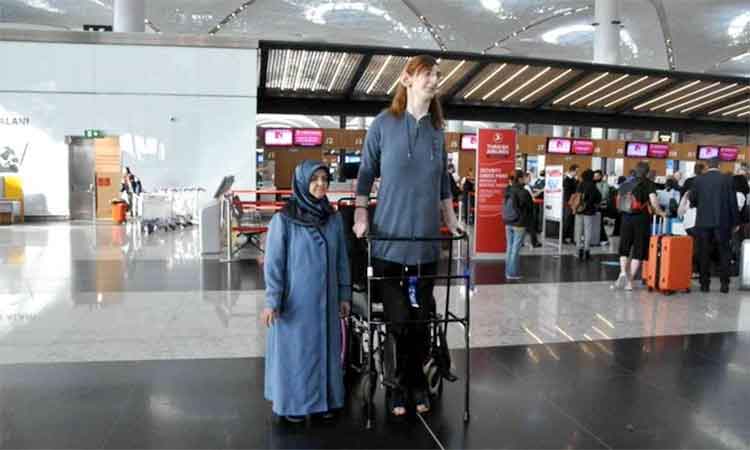 Rumeysa Gelgi with her mother, Safiye.

To celebrate the occasion, a surprise cake was given to her and her family, according to a report in a section of the Australian media.

She has several Guinness titles to her credit, apart from being the world’s tallest woman. She also holds the record for the longest finger, the largest hands and the longest back of a living female.

A trained web developer, she does not let her unique condition bear down on her self-esteem. On the other hand, she is brimming with positive energy and confidence, and expects others to follow her example. She has certainly converted her disadvantage into a distinctive morale-booster.

The long and short of it: think positive come what may.