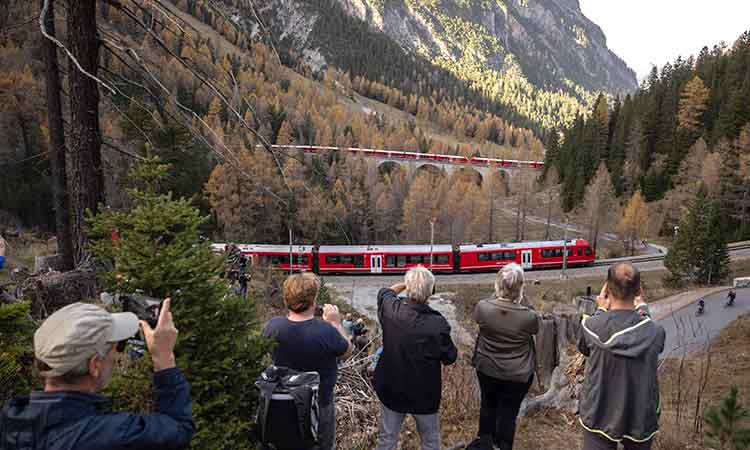 There’s something about a train journey that just cannot be explained. It is ineffable. It has to be felt, to be experienced. Anyone who has been on a train ride will vouch for that. The longer the journey, the more of life comes into view. You savour the sights and sounds, take in the environment around you, look out of the window and admire the beauty of the landscape, or, if you are an extrovert or sociable strike up a conversation with your co-passenger or fellow travellers.

As the American novelist David Baldacci once said, “It's not the beginning or the destination that counts. It's the ride in between...This train is alive with things that should be seen and heard. It's a living, breathing something — you just have to want to learn its rhythm.”

For some people in a tearing hurry, speed counts. High-speed trains such as the French TGV and Japan’s Bullet Train travel at over 300 kilometres per hour.

However, speed is not on the top of the mind of this marvel of a train which was unveiled on Saturday. Far from it. It moved at 35km per hour, and you may wonder why. That is because it has 100 coaches, 4,550 seats, 7 drivers and is 1.2 miles long. Yes, sir, you read that right –1.2 miles or almost 2 kilometres! The Rhaetian Railway Company broke the Guinness record for the world’s longest train, which conducted the journey through some breathtaking landscape in the Swiss Alps. 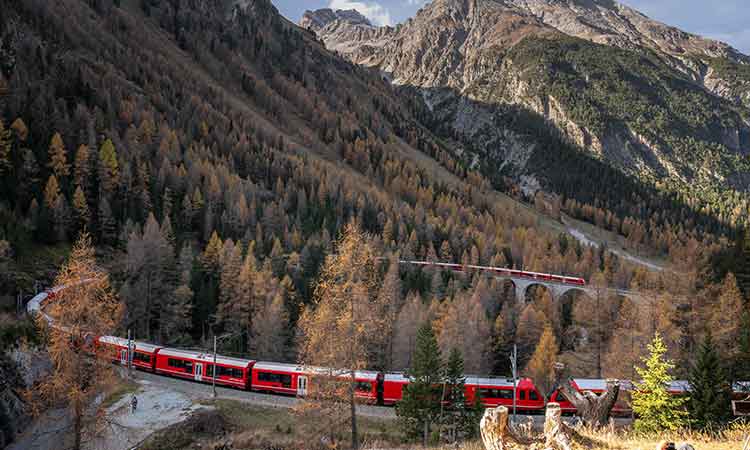 It had to deal with 22 tunnels and 48 bridges along the way, including the splendid Landwasser Viaduct, towering 65 metres over the ravine below.

What is more surprising is that the track was a narrow gauge one: just one metre apart. It helps the train tackle the numerous curves along the route.

The entire journey took a little under an hour. The journey was along the spectacular, spiralling Albula/Bernina route, listed as a Unesco World Heritage site, covering the nearly 25 kilometres from Preda to Alvaneu in less than an hour.

Train buffs lined the route to watch this iconic train make its way through the fascinating, picture-postcard scenery. 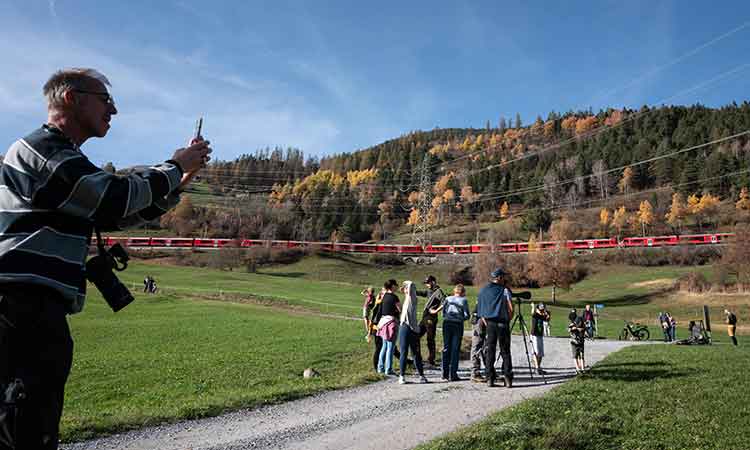 Members of the public capture images of the record-breaking train. AFP

The move was intended to highlight some of Switzerland's stupendous engineering feats and to celebrate 175 years of the country’s famous railway system.

Some 3,000 people lucky ticket winners watched the trip on a giant screen set up near Bergun.

The train was so long that its snout would exit one tunnel as other carriages much further back were sliding through others.

As the train made its way down one mountainside, a flock of people on bikes tried to follow alongside it on a parallel path. 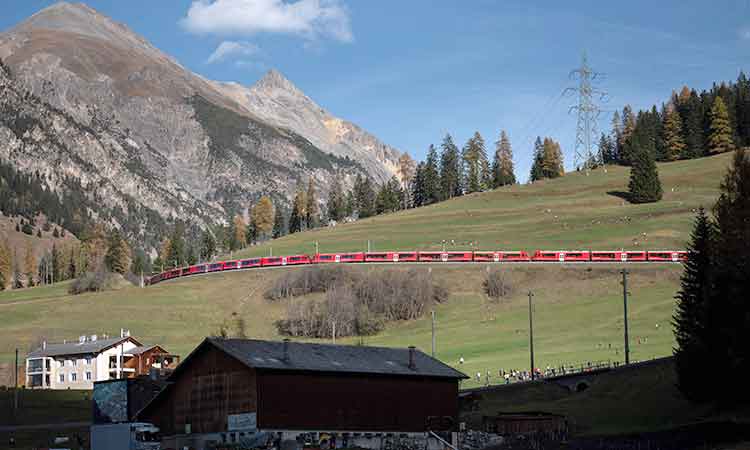 There were some challenges. Synchronising was very important.

The seven train drivers and 21 technicians onboard had to make sure accelerating and braking was done at the same time, guided by the first driver.

The first train service on August 9, 1847 connected Zurich with Baden, 23 kilometres to the northwest – a trip which took 33 minutes.

Truly, for a nation that has the busiest railways in the world and very punctual trains, this is a revolutionary track record.