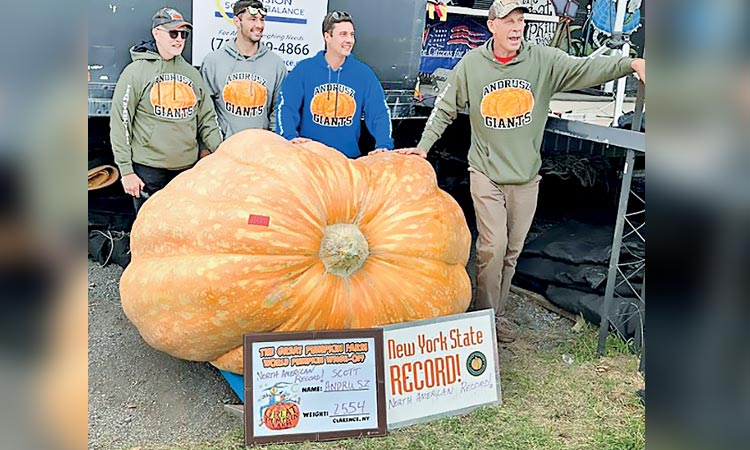 Scott Andusz (right) along with others poses with his 1,158 kg pumpkin.

A New York-based farmer Scott Andusz, 63, broke the record for growing the biggest pumpkin in the whole of North America. Andrusz bagged the prize money of $5,500 after presenting the winning pumpkin that weighed 1,158 kg.

Andrusz’s pumpkin was very close to breaking the Guinness World Record for the heaviest ever, which was set by an Italian farmer with a 1,225 kg pumpkin. The pumpkin needed to be protected against bugs, fungus and animals such as cats and raccoons, he added.

“All the animals and critters seem to love this pumpkin more than anything in the world. They all want to eat on it. And I have cats come and try to scratch it, they think it’s a big couch,” Andrusz explained.