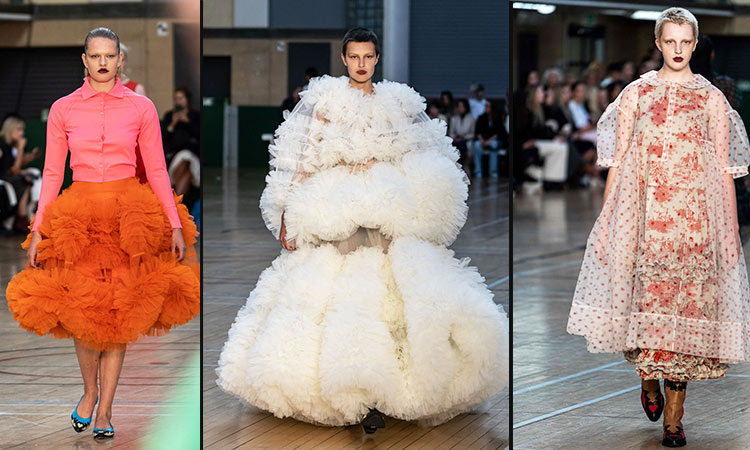 Picture something pink. Make it brighter. Throw in some tulle. And then some more. Again. Keep going until what’s in front of you resembles a frothy fuchsia sort of cupcake. That’s Molly Goddard. OK, not quite. But you get the idea.

Since 2014, the west Londoner has made a name for herself for her voluminous, larger-than-life frocks. Coming in myriad eye-popping shades, they are almost always one of the highlights of the season, bringing a much-needed dose of dressing-up box energy to the runway.

Though Goddard has been a name to note ever since her namesake brand’s inception, it was thanks to a starring role in Killing Eve in 2019 that the designer became a household name. 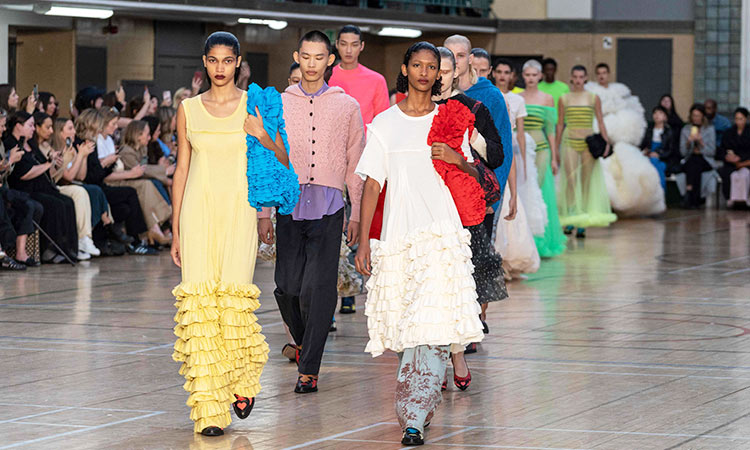 Goddard’s reputation went stratospheric, though, after Beyonce wore one of her fuchsia creations in her visual album Black is King.

Ever since then, Goddard has continued to push the boundaries of what it means to have fun with fashion. Tulle has become crunchier, skirt circumferences higher.

This season, the brand returned to the Seymour Leisure Centre, where it also showcased its autumn/winter 2022 collection – guests memorably entered drenched from the British rain, broken umbrellas in tow, or maybe that was just me. This time around, sunnier climes were thankfully upon us, meaning the mood was thoroughly brighter inside. On the front row, we saw the likes of Laura Bailey, Adwoa Aboah, Ramla Ali, and Edie Campbell, a close friend of Goddard’s who usually models in her shows.

The collection was divided into four parts. Each featured a group of models following a pattern around the gymnasium before they all disappeared, making way for the next lot. It all unfolded to the sounds of remixed 1980s party hits, including “Once in a Lifetime” by Talking Heads.