Proenza Schouler turns on the waterworks at NY Fashion Week 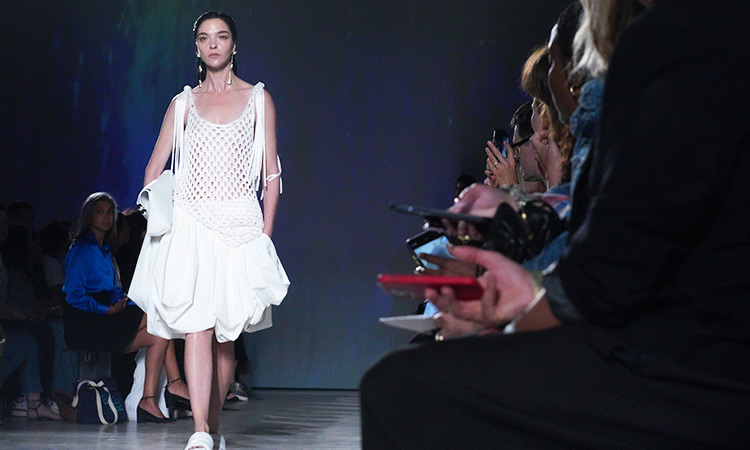 To be clear, the water wasn't actually wet, but rendered in video installations. Still, the soothing waterfalls set a strong sense of mood for the clothes on display in Friday's runway show - particularly the cascading ruffles gracing a number of the ensembles, either spilling down the back of a dress or "dripping” down a long sleeve. 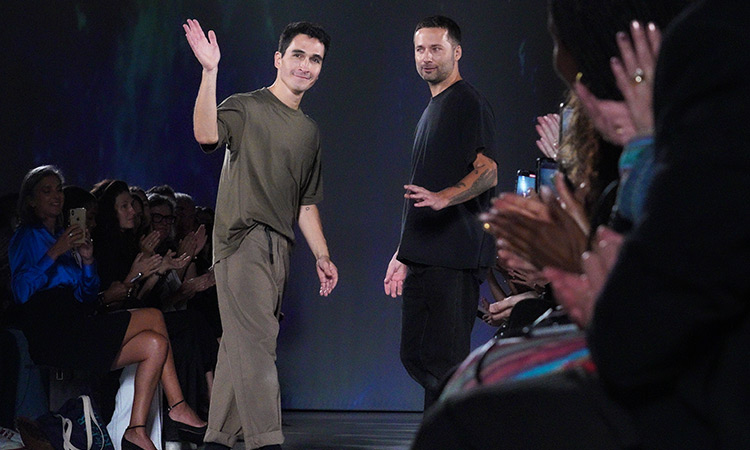 In the Hall des Lumières exhibition space, set in the old Emigrant Industrial Savings Bank building (an early example of a New York building in Beaux-Arts style), designers Lazaro Hernandez and Jack McCollough presented a collection they said was a mix of their personal histories - in their own words, "the sensuous and fiery qualities of Lazaro’s Latin roots coupled with the pragmatism and grit of Jack’s American experience.” Water, the duo said, was chosen as a symbol of life. 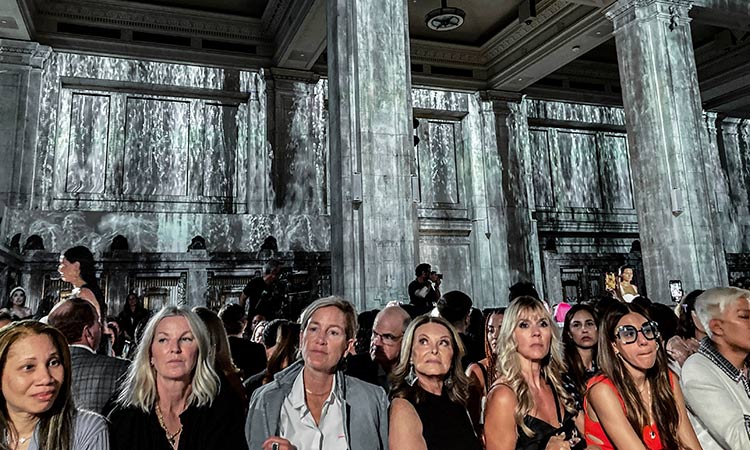 A theme of cascading waterfalls is projected on the marble walls surrounding the audience at the Proenza Schouler Spring Summer 2023 collection. AP

The collection, which notably featured more skin-baring or sheer looks than the designers usually present, opened with two dresses with sheer, crocheted skirts and fringed bodices. Later there was a shimmering gold crocheted ensemble of a sleeveless top and sheer skirt.

Hernandez said backstage that the duo had found "this amazing community of hand weavers in Bolivia," who worked on a set of pieces for six months. 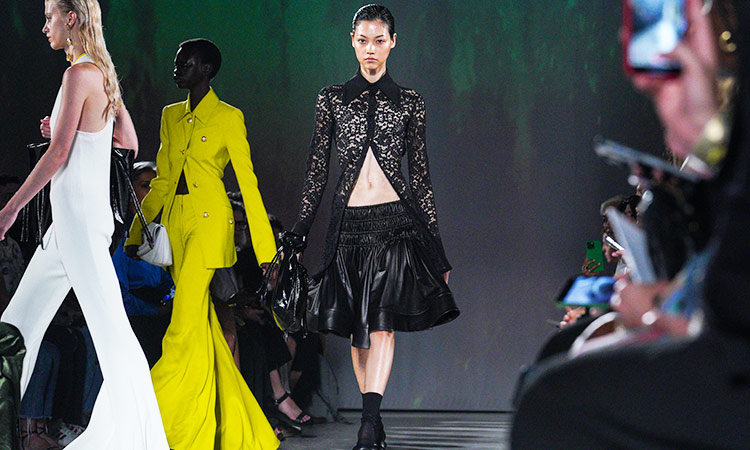 A model walks the runway for Proenza Schouler during New York fashion Week.

In conceiving the show, McCollough said the duo had started with a series of silhouettes. The idea of water, he said, was expressed in the feeling of dripping - for example, the rippling feeling of a loose pair of bell-bottom trousers or a ruffled black leather skirt. In addition to the crocheted looks, lace dresses added another sheer look.

The designers, who met as students at the Parsons School of Design, named their fashion label after both of their mothers' maiden names. They often base their collections on themes in contemporary art or culture.