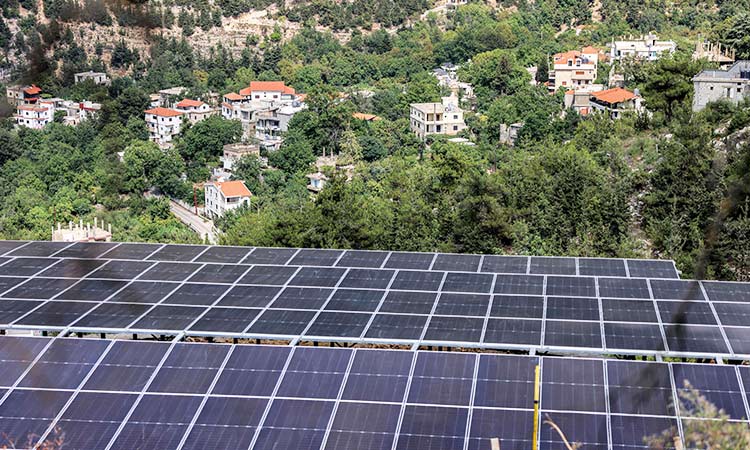 the solar panels system installed for the village of Toula in northern Lebanon. AFP

Thanks to solar energy, residents of the northern Lebanese village of Toula are finally able to enjoy ice cream again -- a treat in a sun-baked country plagued by power cuts.

Lebanon's economy collapsed in 2019 after decades of corruption and mismanagement, leaving the state unable to provide electricity for more than an hour or two per day.

Solar power now helps keep the lights on for 17 hours, an engineer working on the alternative energy project said.

"We are waiting for our first order of ice cream to arrive."

While many Lebanese rely on costly generators for electricity, a growing number of homes, companies and state institutions are turning to solar -- not out of environmental concern, but because it's their only option. 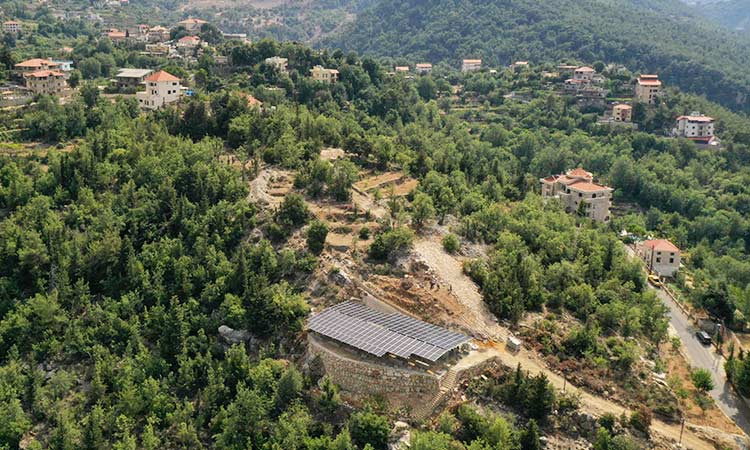 An aerial view of the solar panels system installed in the village of Toula.

Solar panels dot rooftops and parking lots, powering entire villages -- and even Beirut's only functioning traffic lights, thanks to a local NGO.

"Solar energy is no longer an alternative, it's a necessity. If we hadn't installed panels, the village wouldn't have any electricity," said engineer Elie Gereige, standing beside a sea of panels on a hilltop overlooking Toula.

Gereige is part of a team of volunteers who raised more than $100,000 from Toula expatriates to build a solar farm with 185 panels installed on church land.

They worked with the municipality to feed the village generator with solar energy, cutting down on fuel costs while powering the entire community.

An hour's drive south of Toula, a branch of Spinneys supermarket is also installing panels in the parking lot and rooftop to slash its generator bills.

"I think we will save around half of our energy costs in Jbeil due to solar panels," said Hassan Ezzeldine, chairman of Gray Mackenzie Retail Lebanon, which owns Spinneys.

The company spends between $800,000 and $1.4 million a month on electricity for its chain of supermarkets, he said, to power generators that run on diesel round-the-clock. 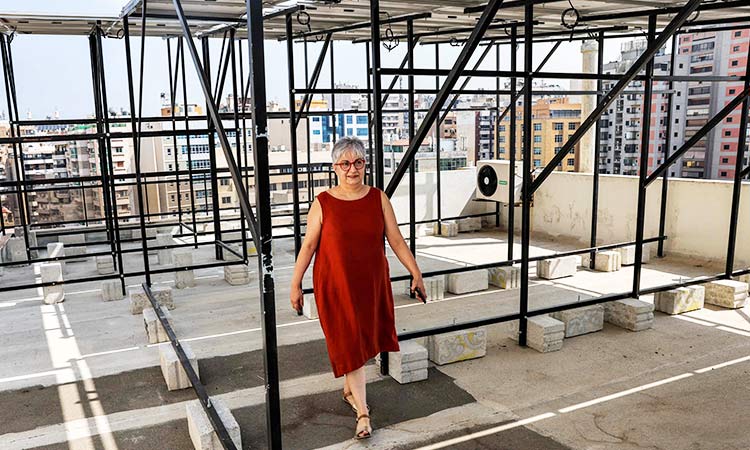 Lebanese homemaker Zeina Sayegh walks beneath the solar powers she installed atop her apartment building. AFP

"The cost of generators today is dramatic. It's a disaster."

His company has considered turning to solar energy for years, but after the crisis "we thought... it's something we needed to do, and we needed to do it immediately," he said.

Private individuals are also turning to solar to cut down on generator bills, setting up panels and batteries on balconies and rooftops.

Homemaker Zeina Sayegh installed solar power for around $6,000 for her Beirut apartment last summer, when the state lifted most petrol subsidies.

She was the only one in the building with panels.

This year, nine neighbours have joined her, covering the roof with metal bars connecting dozens of panels.

She has switched completely to solar, limiting power consumption at night. But she has non-stop electricity in the summertime -- a rare luxury.

"I'm more comfortable this way. I feel I'm in control of the electricity and not the other way around," she said.

In a country where poverty is rampant and bank depositors with savings are locked out of their accounts, installing solar power is expensive.

Many Lebanese have resorted to selling a car, jewellery or a plot of land to finance the switch.

But high demand has opened the door "for anyone to start selling solar systems", said Antoine Skayem of solar power company Free Energy.

Demand from cash-strapped municipalities has soared, he said.

But they are vulnerable to political meddling and patronage.