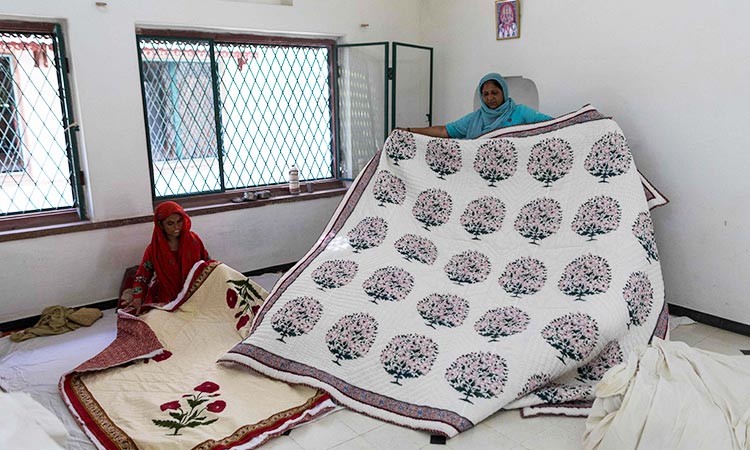 Textiles designer Brigitte Singh lovingly lays out a piece of cloth embossed with a red poppy plant she says was probably designed for emperor Shah Jahan, builder of the Taj Mahal, four centuries ago.

For Singh — who moved from France to India 42 years ago and married into a maharaja's family — this exquisite piece remains the ever-inspiring heart of her studio's mission.

The 67-year-old is striving to keep alive the art of block printing, which flourished in the 16th and 17th centuries under the conquering but sophisticated Mughal dynasty that then ruled India.

"I was the first to give a renaissance to this kind of Mughal design," Singh told AFP in her traditional printing workshop in Rajasthan. 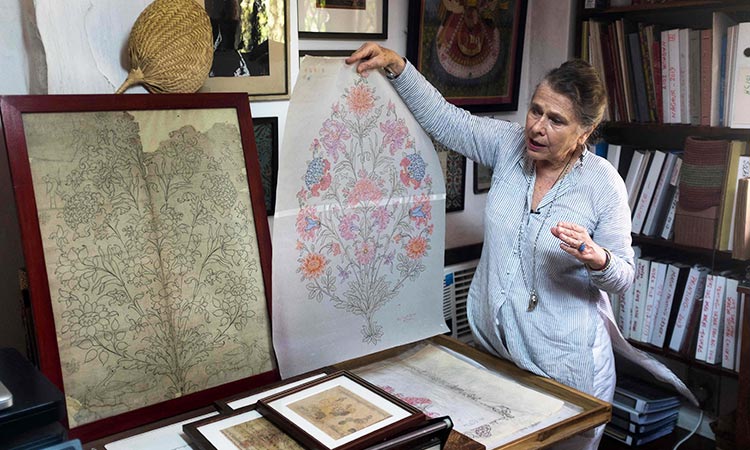 Having studied decorative arts in Paris, Singh arrived aged 25 in 1980 in western India's Jaipur, the "last bastion" of the technique of using carved blocks of wood to print patterns on material.

"So by default, I ended up in Jaipur," she said.

A few months after arriving, Singh was introduced to a member of the local nobility who was related to the maharaja of Rajasthan. They married in 1982.

At first, Singh still hoped to try her hand at miniature painting.

But after scouring the city for traditional paper to work on, she came across workshops using block printing.

"I fell into the magic potion and could never go back," she told AFP. 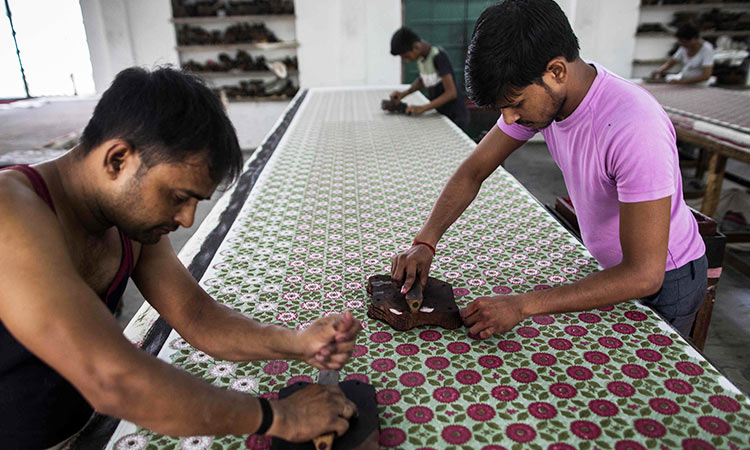 Workers use the hand block printing technique on a cotton fabric at the workshop. AFP

She started by making just a few scarves, and when she passed through London two years later, gave them as presents to friends who were connoisseurs of Indian textiles.

Bowled over, they persuaded her to show them to Colefax and Fowler, the storied British interior decorations firm.

"The next thing I knew, I was on my way back to India with an order for printed textiles," she said.

Since then, she has never looked back.

For the next two decades, she worked with a "family of printers" in the city before building her own studio in nearby Amber -- a stone's throw from Jaipur's famous fort. 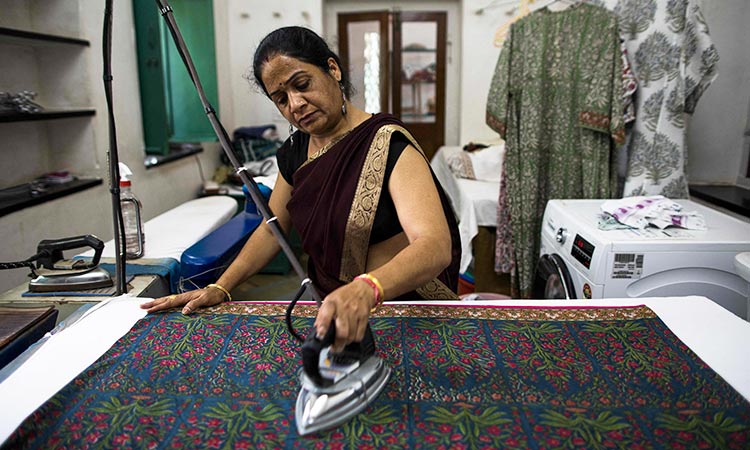 A tailor irons a cotton fabric decorated with a design made using the block printing technique. AFP

It was her father-in-law, a major collector of Rajasthan miniatures, who gave her the Mughal-era poppy cloth connected to Shah Jahan.

Her reproduction of that print was a huge success the world over, proving especially popular with Indian, British and Japanese clients.

In 2014, she made a Mughal poppy print quilted coat, called an Atamsukh -- meaning "comfort of the soul" -- that was later acquired by the Victoria and Albert Museum in London.

Another piece of her work is in the collection of the Metropolitan Art Museum in New York.

Singh starts her creative process by handing precise paintings to her sculptor, Rajesh Kumar, who then painstakingly chisels the designs onto blocks of wood.

"We need a remarkable sculptor, with a very serious eye," she said.

"The carving of the wood blocks is the key. This tool has the sophistication of simplicity." 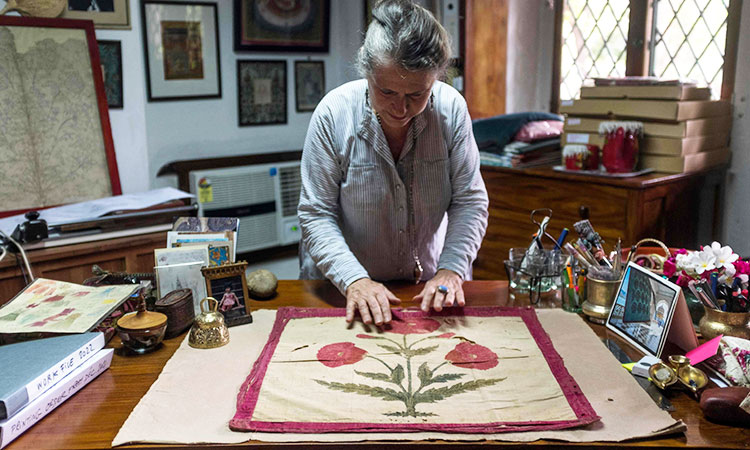 Brigitte Singh displays an original fabric of the 17th century with a poppy flower design made for Mughal emperor Shah Jahan. AFP

Kumar makes several identical blocks for each colour used in each printed fabric.

"The poppy motif, for example, has five colours. I had to make five blocks," he said. "It took me 20 days."

They dip the blocks in dye, place them carefully on the cloth, push down and tap.

The work is slow and intricate, producing no more 40 metres of material every day.

Her workshop makes everything from quilts to curtains and rag dolls to shoes.

Singh just finished another Atamsukh for a prince in Kuwait.

"The important thing is to keep the know-how alive," she said.

"More precious than the product, the real treasure is the savoir faire." 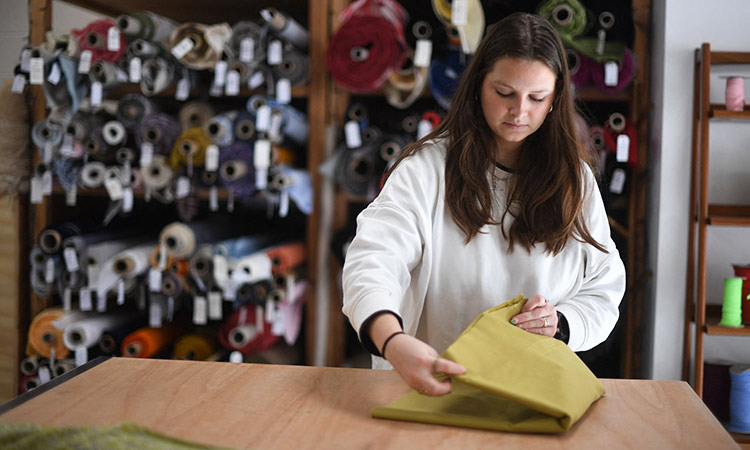 The doctoral student in neuroscience only started sewing in 2018, beginning with small bags before moving on to clothes.