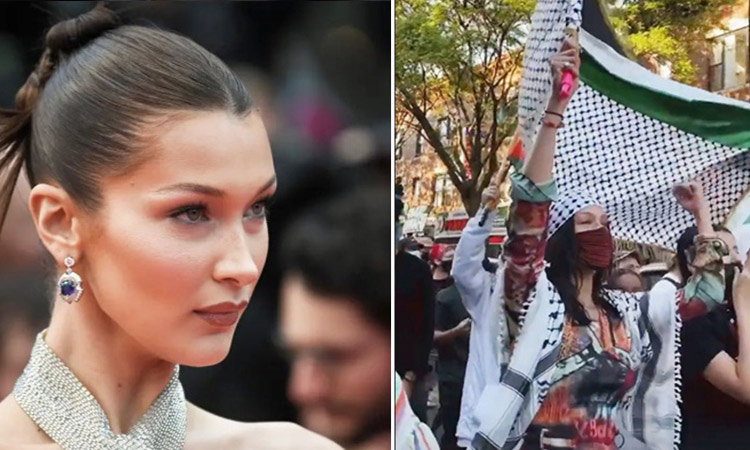 Supermodel Bella Hadid has said she is willing to lose jobs as a model to continue her advocacy for Palestine.

The 25-year-old, who has worked with major fashion houses across the globe, said she has realised that she is “not on this earth to be a model”.

Hadid, who is the daughter of Palestinian real estate developer Mohamed Hadid and Dutch model Yolanda Hadid, is one of the most outspoken advocates for the Palestinian cause and has continued to raise awareness as violence across the state continues.

In a new interview with GQ magazine, Hadid reflected on growing up in California and feeling disconnected from her Palestinian roots following her parents’ divorce in 2000.

She spent her early years in Washington DC, surrounded by her Palestinian family, before she moved to California. Growing up in Santa Barbara, Hadid said she was “never able to see myself in anything”.

“For so long I was missing that part of me, and it made me really, really sad and lonely,” Hadid said. 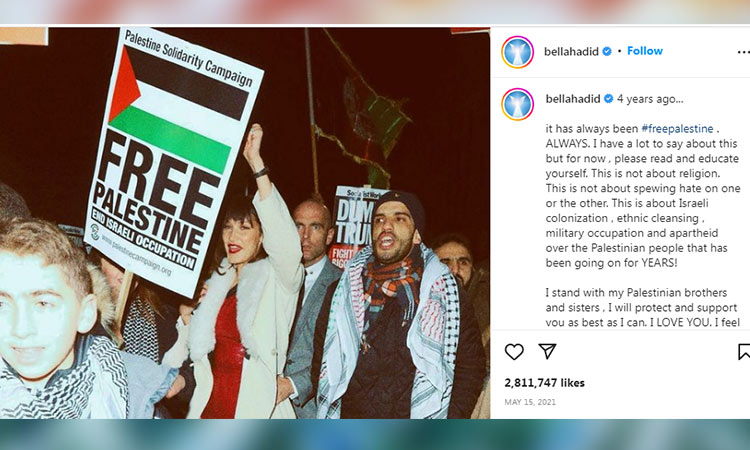 “I would have loved to grow up and be with my dad every day and studying and really being able to practice, just in general being able to live in a Muslim culture. But I wasn’t given that.

“I speak about [Palestine] for the elderly that are still living there that have never been able to see Palestine free, and for the children that can still grow up and have a beautiful life.”

Speaking out in support of Palestinian people has made Hadid unpopular among some industry figures, and even lost her friendships. But the model said she is unwilling to compromise her beliefs for her career.

“I realised that I’m not on this earth to be a model,” she said. “I’m so lucky and blessed that I’m in a position where I can speak out the way that I do. And really, the downfall is what? That I lose my job?”

Hadid’s comments come just days after her appearance on the Rep podcast, in which she disclosed that she has already lost modelling opportunities because of her views.

“I had so many companies stop working with me,” Hadid said.

“I had friends that completely dropped me, like even friends that I had been having dinner with at their home on Friday nights for seven years, like now just won’t let me at their house anymore.”