Cash-strapped Britons give up pets as living costs soar - GulfToday 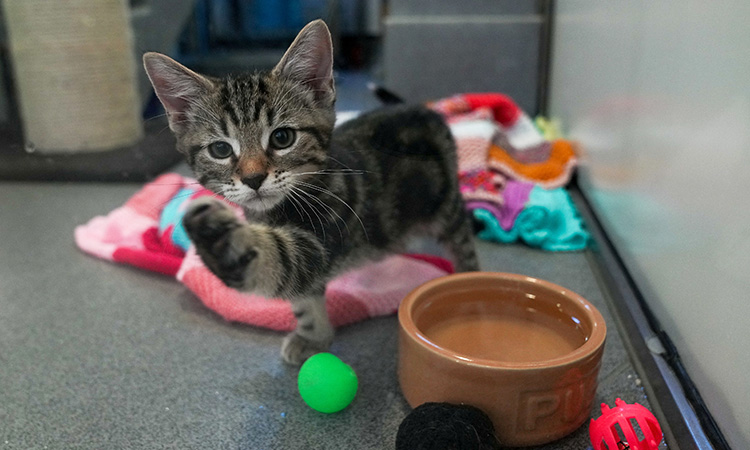 December the kitten lies in his kennel at Battersea Dogs and Cats Home. Reuters

Stood on her hind legs to greet any prospective owner who might approach her glass-doored kennel, Harriet is a black English cocker spaniel abandoned as a deepening cost-of-living crisis pushes growing numbers of Britons to part with their pets.

She was found running along a busy road in London after witnesses saw her pushed out of a car and is one of 206 dogs and 164 cats currently being looked after at rehoming centres run by the Battersea animal charity.

It is a similar story at other centres across the country – with some seeing record enquiries for dog and cat returns - as the tightest squeeze on living standards since at least the 1960s forces many owners to decide the additional cost of food plus hundreds of pounds in vet bills is no longer manageable. 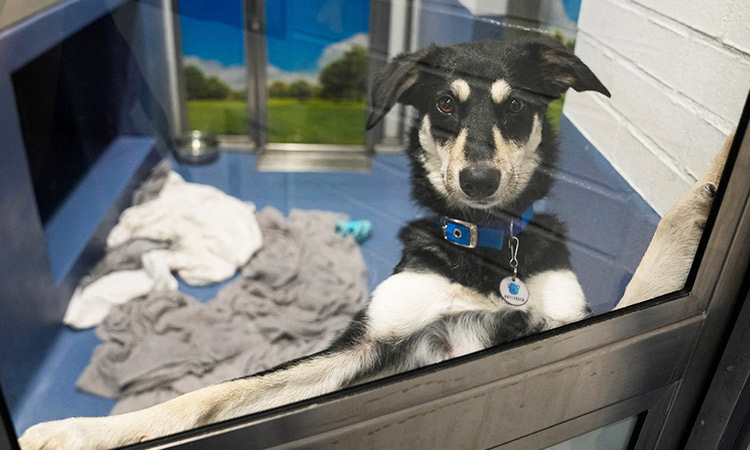 Daisy looks on from her kennel at Battersea Dogs and Cats Home, in London. Reuters

"We are concerned that's going to be an increasing reason for people bringing their dogs in to Battersea," Steve Craddock, who manages the centre in soutwest London, told Reuters.

Exotic pets such as snakes and lizards are also proving too expensive due to their need for specialist heating and lighting.

Three snakes, including an 8-foot (2.4-metre) boa constrictor, were recently dumped in pillow cases outside a reptile shop, the Royal Society for the Prevention of Cruelty to Animals (RSPCA) told Reuters.

The trend, which follows a surge in demand for pets during COVID-19 pandemic lockdowns in a country known for its love of animals, comes as households brace for energy bills to more than triple in January on last year, hammering people's incomes. 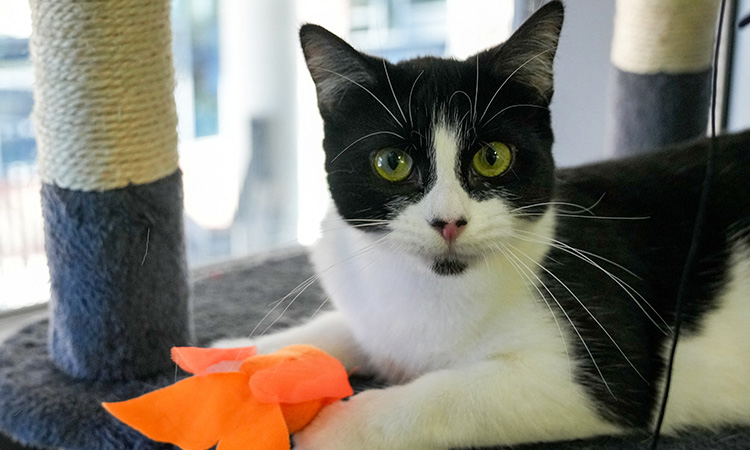 Magpie the cat lies in her kennel. Reuters

The Bank of England has warned Britain faces a long recession.

"This cost-of-living crisis has crept up on us a lot more quickly than people ever expected," said the Trust's operations director Adam Clowes.

Such is the pressure that the charity is considering whether it should expand an emergency support fund, normally reserved for people on welfare benefits who need short-term financial support to keep their pets, to more middle income earners. 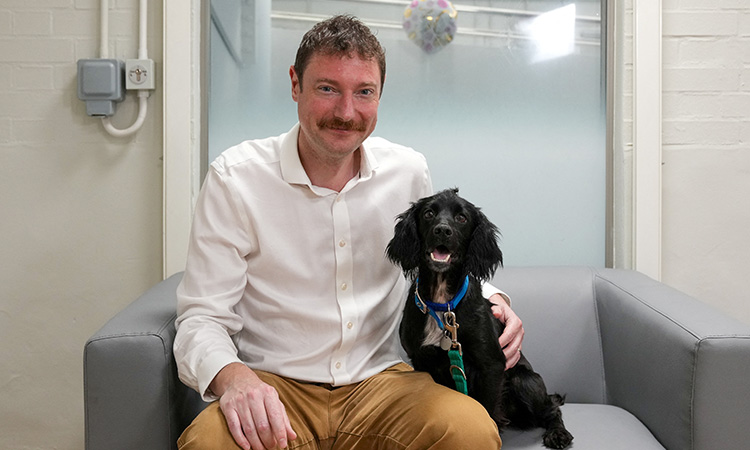 Animal charities say they are also worried the squeeze on living standards will have an impact on donations, though they are not seeing this yet.

At Battersea, some pets are being rehomed. Magpie is a British short hair cat who arrived pregnant after her owner of two years realised that they could not afford the kittens. All of her four kittens have now found new homes.

But that is unlikely to be the case for most animals, with another charity, Woodgreen, saying applications to adopt animals have dropped to the 100s a month from around 10,000 during lockdowns.

Pilar Gómez-Igbo, an assistant editor, could have been one potential owner, but having done some research she is now worried about the extra costs.

"As the change in living costs became more evident, yes definitely, it joined the list of things to seriously consider," she said. "I will make myself wait a little."