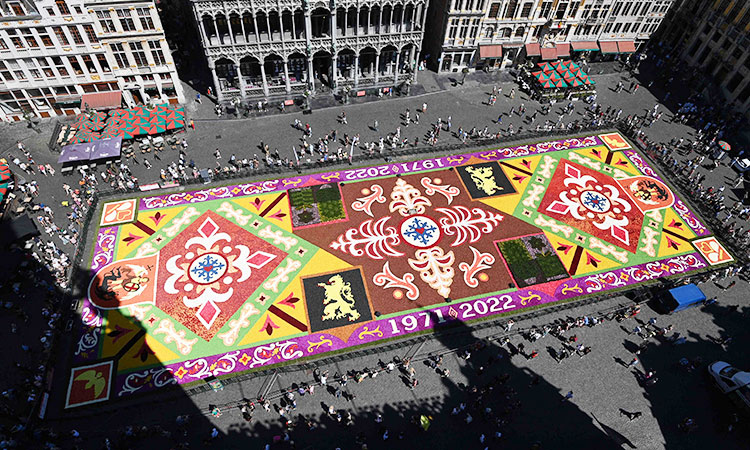 A general view shows the giant flower carpet created by volunteers on the historical Grand Place in Brussels on Friday. AFP

The creators of Brussels' vast flower carpet, unfurled every two years in front of city hall, are opting for more heat-resistant blooms and the use of pot plants for the first time in the art project's 50-year history to adapt to Europe's heatwave.

Returning to the Belgian capital's opulent Grand Place after a COVID-imposed absence, this year's design recalls the first carpet laid out in 1971 which was inspired by Arabesque shapes. 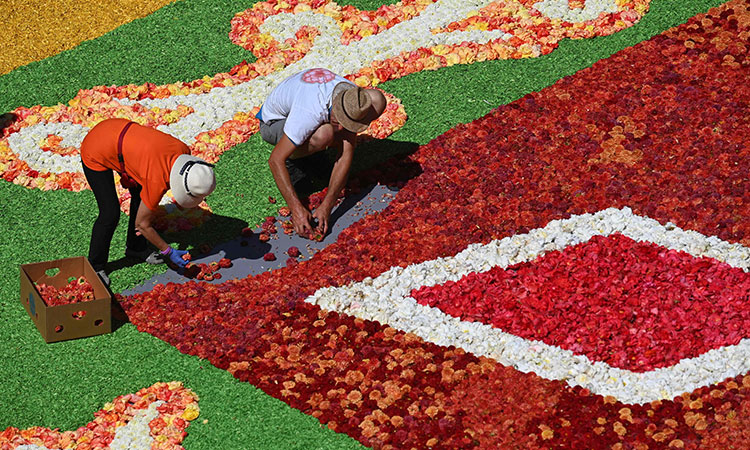 Volunteers work on the creation of the flower carpet on the Grand Place in Brussels. AFP

With the installation expected to endure four days of temperatures over 30 degrees Celsius (86 degrees Fahrenheit), the designers have had to swap many begonias for Belgian dahlias, which contain more water.

In the past, cut flowers have been used in the design, but this year potted plants have been added which are expected to cope better with the heat and which the organisers say are a nod to sustainability as they can be planted in soil afterwards. 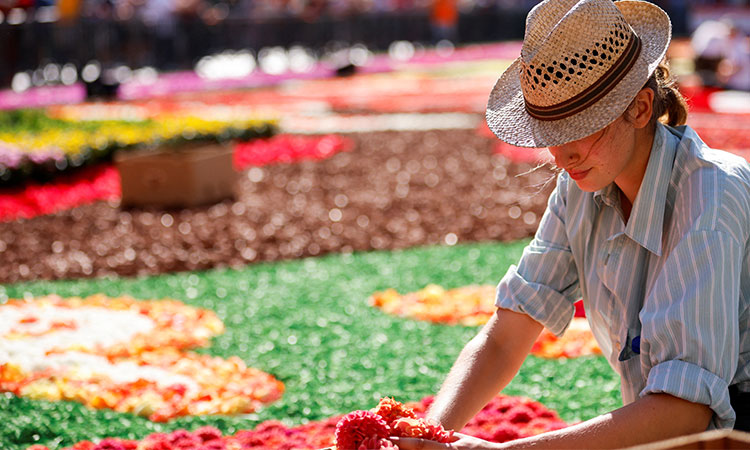 "We have to adapt," said Annette Katz, managing director of the project, adding that the nature of the work is that it's meant to be ephemeral. "Everyone is getting old, so the carpet in a few days will get old!"

A hundred volunteers armed with bottles of water and sun hats, many of whom had travelled from abroad, spent more than six hours laying out the petals and wood on Friday. 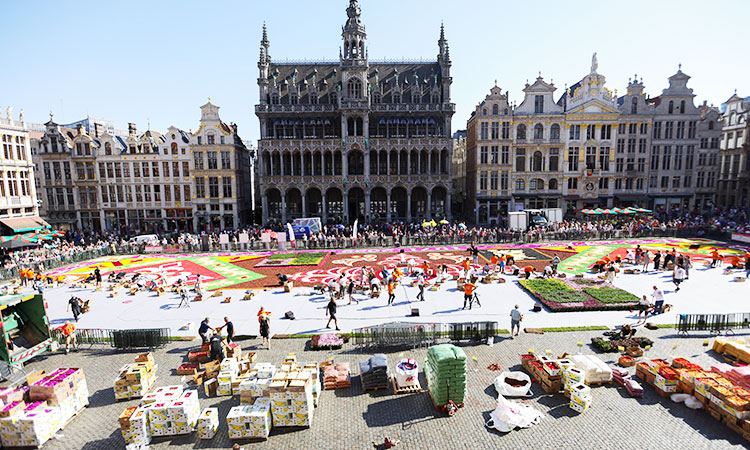 The Mexican artist who designed the carpet, Roo Aguilar Aguado, said that on the plus side the intense sunshine brought out the best in the design's colours and described the display as the Olympics of ephemeral art.

More than 1,000 firefighters, backed by water-bombing planes, battled for a third day a fire that has forced thousands from their homes and scorched thousands of hectares of forest in France's southwestern Gironde region.