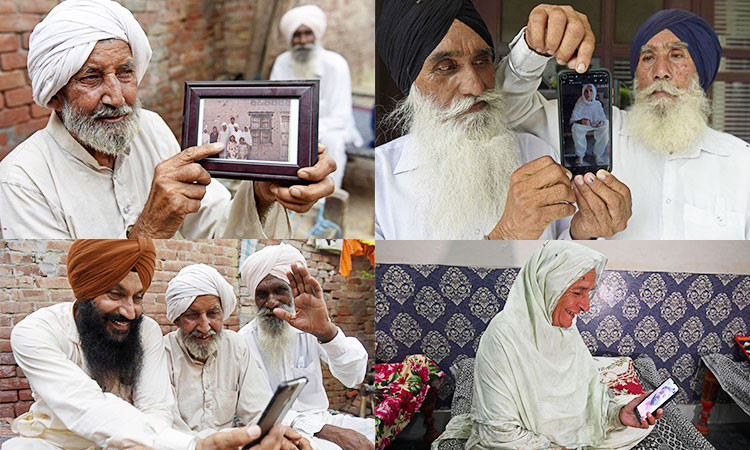 Tears of joy rolled down his wizened cheeks when Indian Sika Khan met his Pakistani brother for the first time since being separated by Partition in 1947.

This year marks the 75th anniversary of Partition, during which sectarian bloodshed killed possibly more than one million people, families like Sika's were cleaved apart and two independent nations — Pakistan and India — were created.

Sika's father and sister were killed in communal massacres, but Sadiq, just 10 years old, managed to flee to Pakistan. 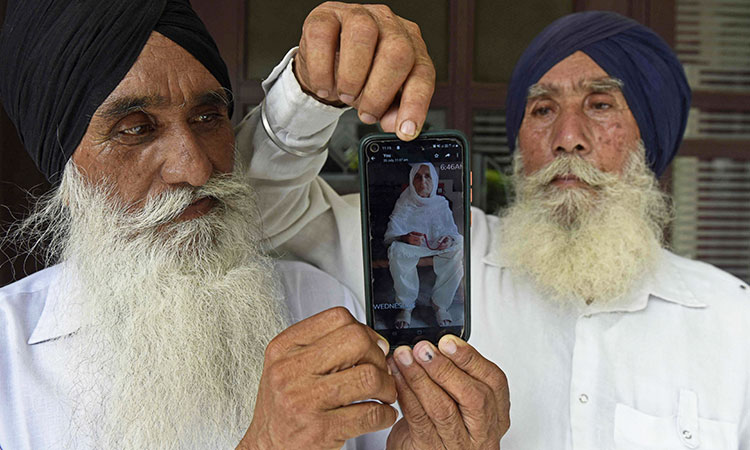 "My mother could not bear the trauma and jumped into the river and killed herself," Sika said at his simple brick house in Bhatinda, a district in the western Indian state of Punjab, which bore the brunt of Partition violence.

"I was left at the mercy of villagers and some relatives who brought me up."

Ever since he was a child, Sika yearned to find out about his brother, the only surviving member of his family. But he failed to make headway until a doctor in the neighbourhood offered to help three years ago. 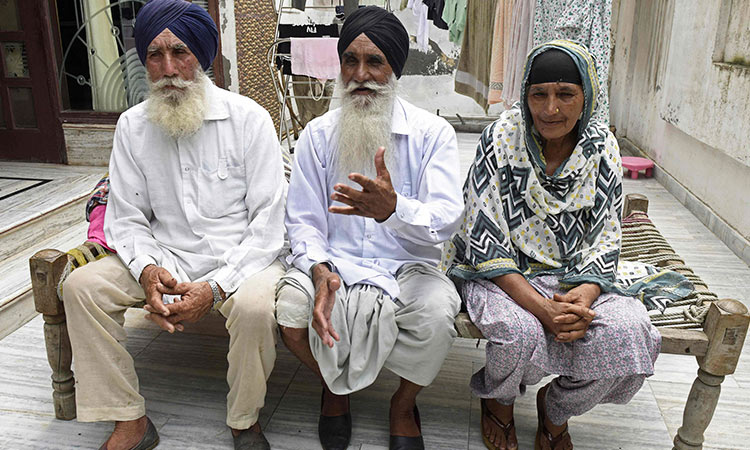 After numerous phone calls and the assistance of Pakistani YouTuber Nasir Dhillon, Sika was able to be reunited with Sadiq.

The brothers finally met in January at Kartarpur corridor, a rare, visa-free crossing that allows Indian Sikh pilgrims to visit a temple in Pakistan.

The corridor, which opened in 2019, has become a symbol of unity and reconciliation for separated families, despite the lingering hostilities between the two nations.

"I am from India and he is from Pakistan, but we have so much love for each other," said Sika, clutching a faded and framed family photograph.

"We hugged and cried so much when we met for the first time. The countries can keep on fighting. We don't care about India-Pakistan politics."

Pakistani farmer and real estate agent Dhillon, 38, a Muslim, says he has helped reunite about 300 families through his YouTube channel together with his friend Bhupinder Singh, a Pakistani Sikh.

"This is not my source of income. It's my inner affection and passion," Dhillon told AFP. "I feel like these stories are my own stories or stories of my grandparents, so helping these elders I feel like I am fulfilling the wishes of my own grandparents."

"When they were reunited at the Kartarpur, not only me but some 600 people at the compound wept so much seeing the brothers being reunited," he told AFP in Faisalabad, Pakistan.

Millions of Hindus, Sikhs and Muslims are believed to have fled when British administrators began dismantling their empire in 1947.

One million people are estimated to have been killed, though some put the toll at double this figure. 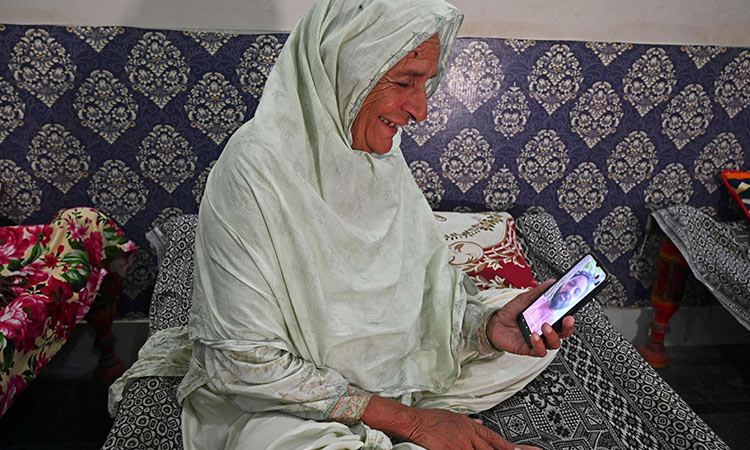 Mumtaz Bibi, who recently reunited with her brothers from Punjab in India, attends a mobile video call. AFP

Hindus and Sikhs fled to India, while Muslims fled in the opposite direction.

Tens of thousands of women and girls were raped and trains carrying refugees between the two new nations arrived full of corpses.

The legacy of Partition has endured to this day, resulting in a bitter rivalry between the nuclear-armed neighbours despite their cultural and linguistic links.

However, there is hope of love transcending boundaries.

For Sikhs Baldev and Gurmukh Singh, there was no hesitation in embracing their half-sister Mumtaz Bibi, who was raised Muslim in Pakistan.

As an infant, she was found alongside her dead mother during the riots and was adopted by a Muslim couple.

Their father, assuming his wife and daughter were dead, married his wife's sister, as was the norm.

The Singh brothers learned their sister was alive with the help of Dhillon's channel and a chance phone call to a shopkeeper in Pakistan.

The siblings finally met in the Kartarpur corridor earlier this year, breaking down at being able to see each other for the first time in their lives.

"Our happiness knew no bounds when we saw her for the first time," Baldev Singh, 65, told AFP. "So what if our sister is a Muslim? The same blood flows through her veins."

Mumtaz Bibi was equally ecstatic when an AFP team met her in the city of Sheikhupura in Pakistan's Punjab province.

"When I heard (about my brothers), I thought God is willing it. It is God's will, and one has to bow before his will and then he blessed me, and I found my brothers," she said.

"Finding those separated brings happiness. My separation has ended, so I am so content."