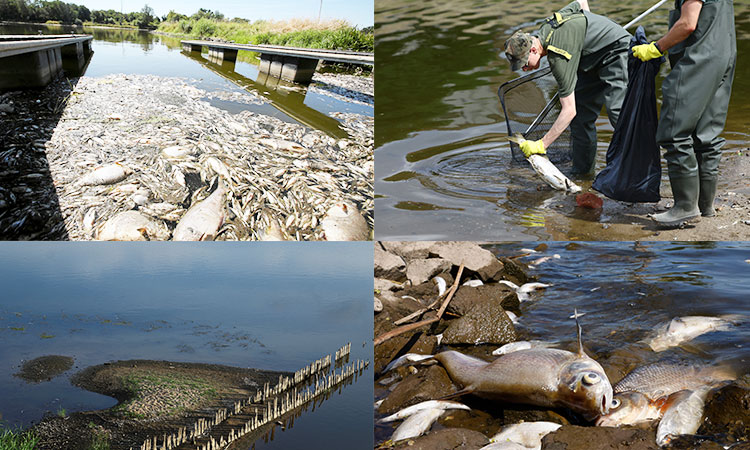 A general view of Oder river banks, where dead fish float, as water contamination is believed to be the cause of a mass fish die-off in Poland, on Friday. Reuters

Once, a river ran through it. Now, white dust and thousands of dead fish cover the wide trench that winds amid rows of trees in France’s Burgundy region in what was the Tille River in the village of Lux.

From dry and cracked reservoirs in Spain to falling water levels on major arteries like the Danube, the Rhine and the Po, an unprecedented drought is afflicting nearly half of Europe. It is damaging farm economies, forcing water restrictions, causing wildfires and threatening aquatic species.

There has been no significant rainfall for almost two months in the continent’s western, central and southern regions. In typically rainy Britain, the government officially declared a drought across southern and central England on Friday amid one of the hottest and driest summers on record.

And Europe’s dry period is expected to continue in what experts say could be the worst drought in 500 years.

Climate change is exacerbating conditions as hotter temperatures speed up evaporation, thirsty plants take in more moisture and reduced snowfall in the winter limits supplies of fresh water available for irrigation in the summer. Europe isn’t alone in the crisis, with drought conditions also reported in East Africa, the western United States and northern Mexico. 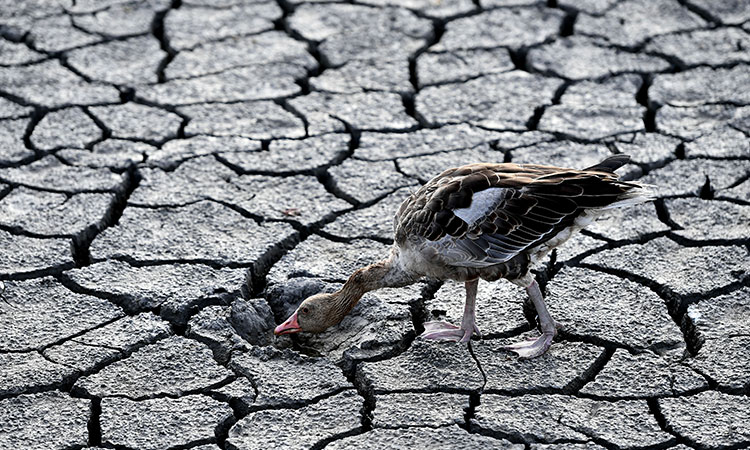 As he walked in the 15-metre wide riverbed in Lux, Jean-Philippe Couasné, chief technician at the local Federation for Fishing and Protection of the Aquatic Environment, listed the species of fish that had died in the Tille.

In areas upstream, some trout and other freshwater species can take shelter in pools via fish ladders. But such systems aren’t available everywhere.

Without rain, the river “will continue to empty. And yes, all fish will die. ... They are trapped upstream and downstream, there’s no water coming in, so the oxygen level will keep decreasing as the (water) volume goes down,” Couasné said. “These are species that will gradually disappear.”

Jean-Pierre Sonvico, the regional head of the federation, said diverting the fish to other rivers won’t help because those waterways also are affected. “Yes, it’s dramatic because what can we do? Nothing,” he said. “We’re waiting, hoping for storms with rain, but storms are very local so we can’t count on it.”

The European Commission’s Joint Research Center warned this week that drought conditions will get worse and potentially affect 47% of the continent.

Andrea Toreti, a senior researcher at the European drought Observatory, said a drought in 2018 was so extreme that there were no similar events for the last 500 years, “but this year, I think, it is really worse.” 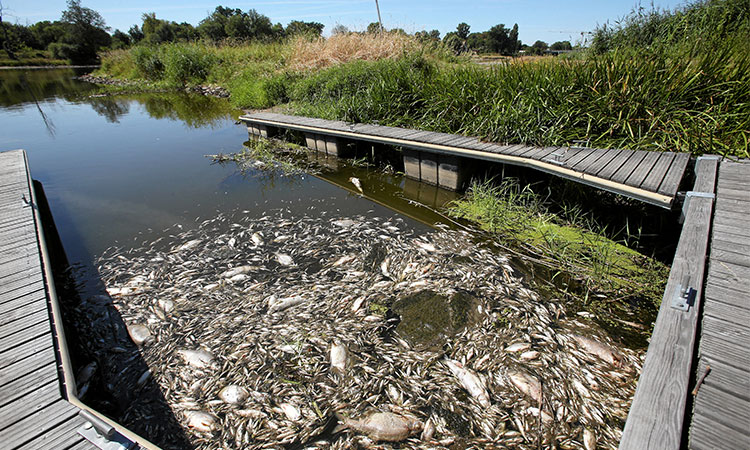 Dead fish float on the surface of the Oder river in Kostrzyn upon Oder. Reuters

For the next three months, “we see still a very high risk of dry conditions over Western and Central Europe, as well as the UK,” Toreti said.

The current situation is the result of long periods of dry weather caused by changes in world weather systems, said meteorologist Peter Hoffmann of the Potsdam Institute for Climate Impact Research near Berlin.

“It’s just that in summer we feel it the most,” he said. “But actually the drought builds up across the year.”

Climate change has lessened the temperature differences between regions, sapping the forces that drive the jet stream, which normally brings wet Atlantic weather to Europe, he said.

A weaker or unstable jet stream can result in unusually hot air coming to Europe from North Africa, leading to prolonged periods of heat. The reverse is also true, when a polar vortex of cold air from the Arctic can cause freezing conditions far south of where it would normally reach.

Hoffmann said observations in recent years have all been at the upper end of what the existing climate models predicted.

The drought has caused some European countries to impose restrictions on water usage, and shipping is endangered on the Rhine and the Danube rivers.

The Rhine, Germany’s biggest waterway, is forecast to reach critically low levels in the coming days. Authorities say it could become difficult for many large ships to safely navigate the river at the city of Kaub, roughly midway between Koblenz and Mainz. 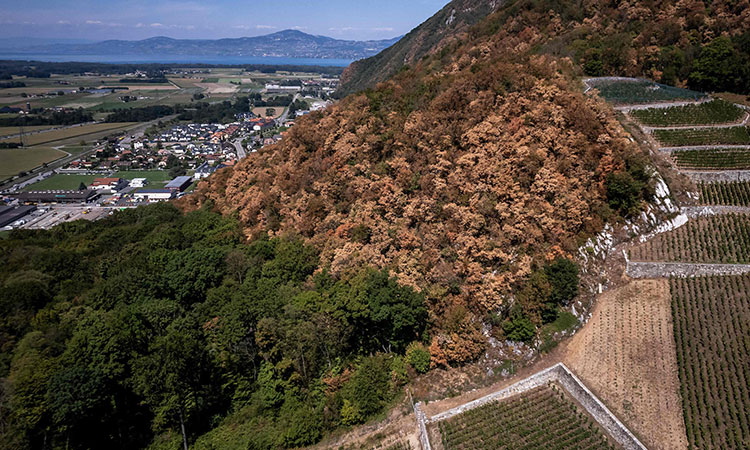 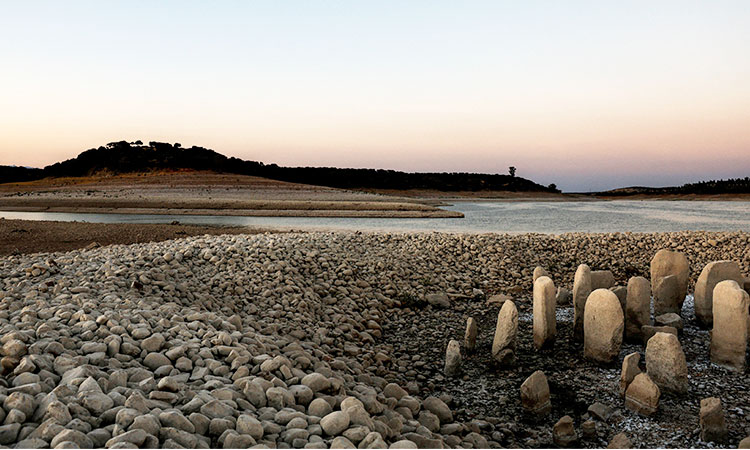