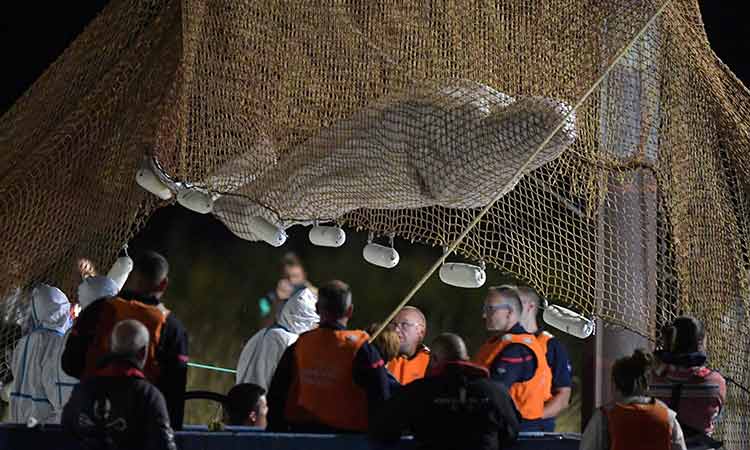 Rescuers pull up a net as they rescue a beluga whale stranded in the River Seine at Notre Dame de la-Garenne. AFP

The Beluga whale, which was lifted out of the River Seine earlier on Wednesday, has died, despite the mission to save it, according to local authorities.

"Despite an unprecedented rescue operation for the Beluga, we are sad to announce the death of the cetacean," the prefect of the Calvados department, said on Twitter.

Earlier, after nearly six hours of work by divers and rescuers, the 800-kilogramme (1,800-pound) cetacean was lifted from the river by a net and crane at around 4am (0200 GMT) and placed on a barge under the immediate care of a dozen veterinarians, AFP journalists said.

Bear spends night in couples car in search of food

The beluga, a protected species usually found in cold Arctic waters, will next be placed in a refrigerated truck and transported to the coast, Isabelle Dorliat-Pouzet, secretary general of the Eure prefecture, said ahead of the rescue operation.

"The truck will be refrigerated, at a temperature suited for the animal, humidity, a certain type of comfort, so there is no risk of asphyxiation," Dorliat-Pouzet said. 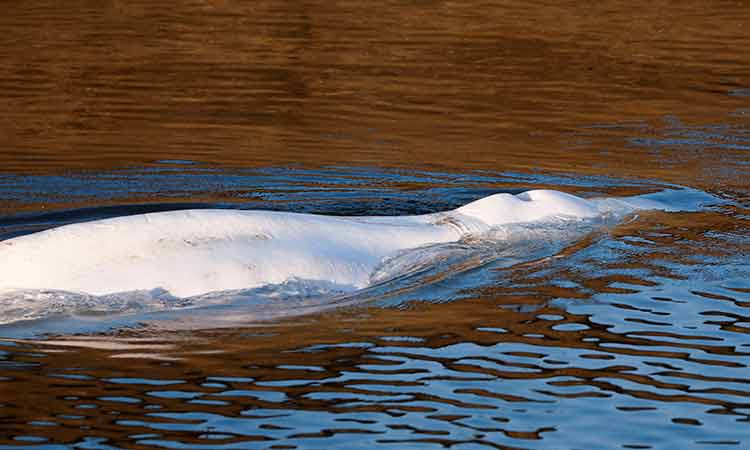 Beluga whale that strayed into France's Seine river swims near the Notre-Dame-de-la-Garenne on Tuesday. Reuters

The four-metre (13-foot) whale was spotted more than a week ago heading towards Paris and was stranded some 130 kilometres (80 miles) inland from the Channel at Saint-Pierre-La-Garenne in Normandy.

But its condition was "satisfactory", Isabelle Brasseur of the Marineland sea animal park in southern France, Europe's biggest, told AFP earlier on Tuesday.

A seawater basin at a lock in the Channel port of Ouistreham has been readied for the animal, which will spend three days there under observation and treatment in preparation for its release into the open sea.

"There it will, we hope, have a better chance of survival," NGO Sea Shepherd France, which is assisting the operation, said.

The beluga will be taken onto the high seas and released "far enough away from the coast" to regain its rightful place in nature, Dorliat-Pouzet said earlier. 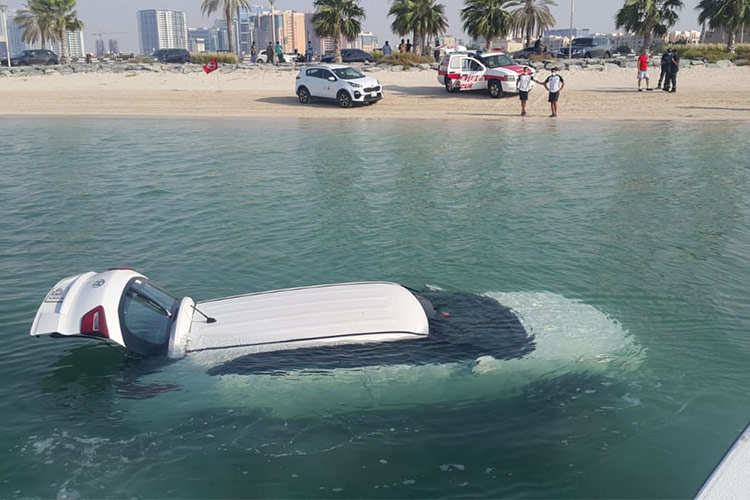 The 41-year-old driver received some bad news on phone before she parked her vehicle. However, she failed to put the car on parking mode, and her car suddenly started moving before she mistakenly stepped on the accelerator instead of brakes 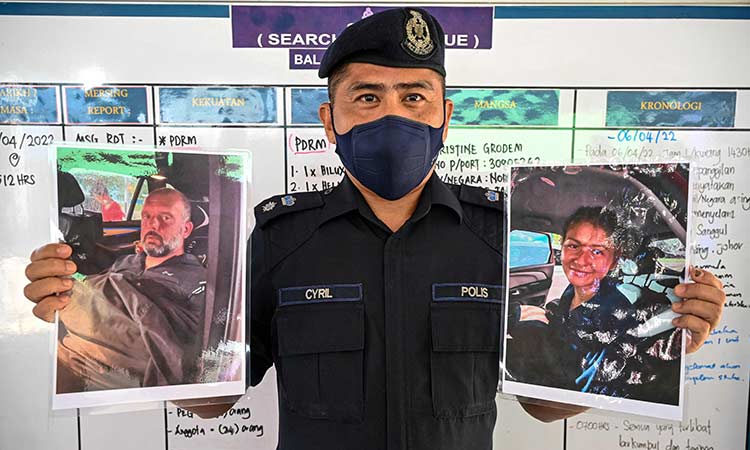 Alexia Alexandra Molina, 18, of France and Adrian Peter Chesters, 46, of Britain were found early on Saturday in waters near Indonesia's border and have been taken to a hospital, the Malaysian Maritime Enforcement Agency said.