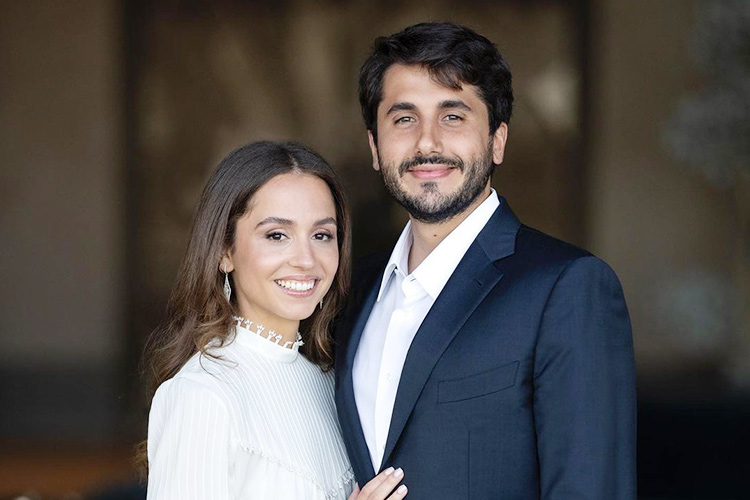 Princess Iman and Jameel pose for a photograph.

Jamil is of Greek descent and is in the finance sector in New York. 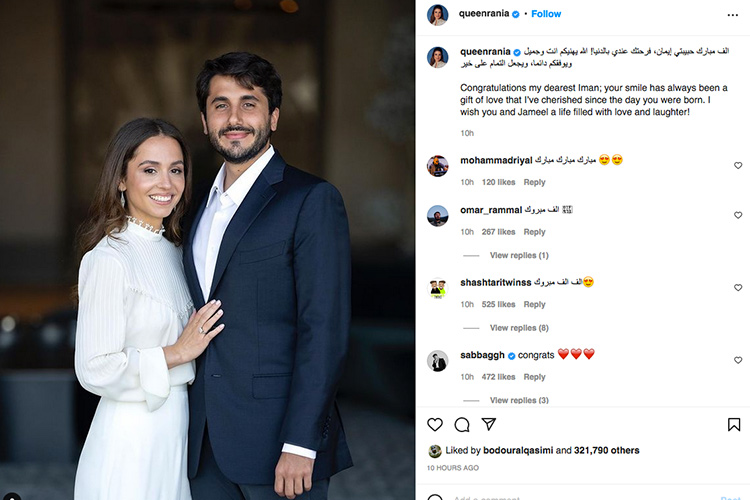 The statement indicated that the engagement ceremony was held on Tuesday, in the presence of the Jordanian monarch and his wife, Crown Prince Al Hussein Bin Abdullah II, Princes Hashem and Salma, in addition to a number of members of the Jameel family.

Princess Iman, born in 1996, is the first daughter of King Abdullah and Queen Rania, and the second in the order of the royal family after Crown Prince Al Hussein Bin Abdullah II. 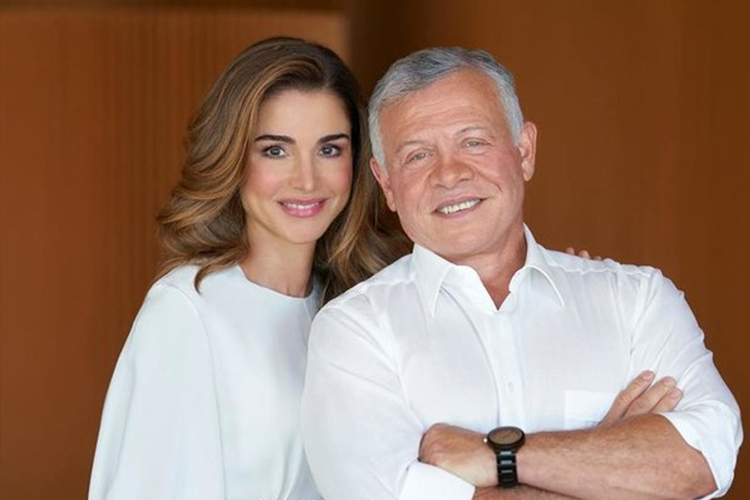 She is a graduate of Georgetown University, USA.

Her fiancé, Jameel, was born in the Venezuelan capital Caracas in 1994, and is of Greek descent. He also holds a Bachelor's degree in Business Administration and works in the financial services sector in New York.

Princess Iman wore a simple white dress with long sleeves and high neck, and she matched it with elegant earrings, in addition to a diamond engagement ring.

The Royal Hashemite Court congratulated the daughter of King Abdullah on this occasion, and wished Her Royal Highness Princess Iman Bint Abdullah II and Jameel a life full of happiness and contentment.