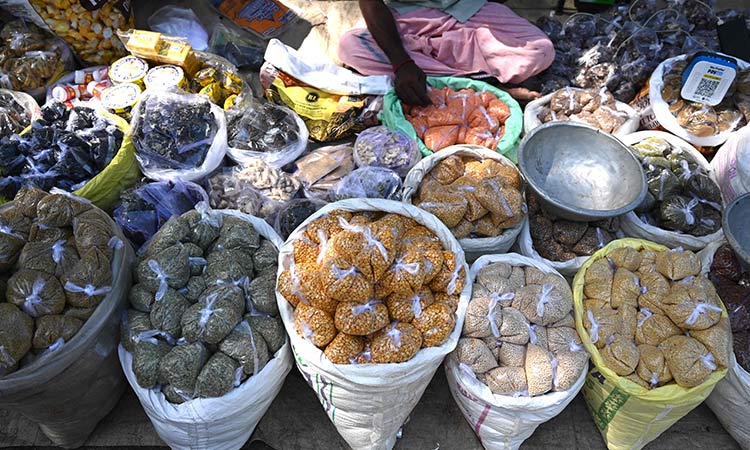 Pulses packed in single use plastic bags are seen at a stall in a local market in Chennai. AFP

India on Friday imposed a ban on single-use plastics on items ranging from straws to cigarette packets to combat worsening pollution in country whose streets are strewn with waste. 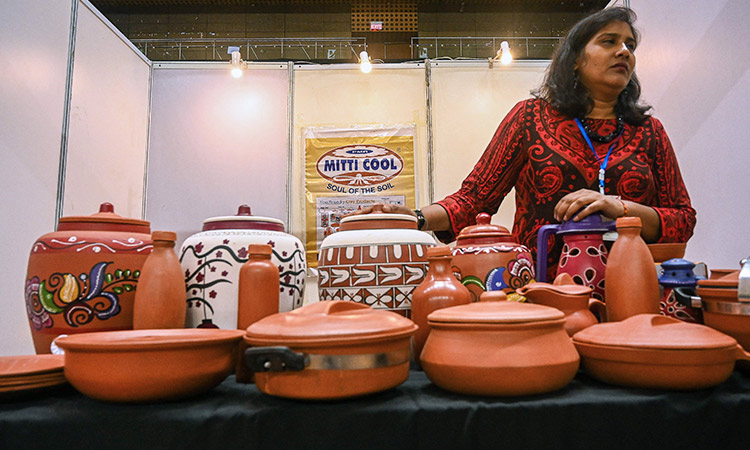 Plastic waste has become a significant source of pollution in India, the world's second most populous country.

Rapid economic growth has fuelled demand for goods that come with single-use plastic products, such as straws and disposable cutlery.

But India, which uses about 14 million tonnes of plastic annually, lacks an organised system for managing plastic waste, leading to widespread littering.

Streets across towns are littered with used plastic goods that eventually choke drains, rivers and oceans and also kill animals. 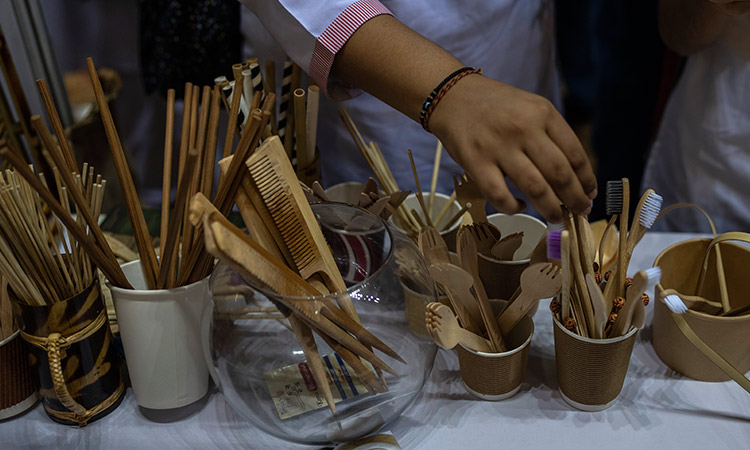 A schoolgirl looks at items which are an alternate to plastic. AP

PepsiCo, Coca-Cola Co, India's Parle Agro, Dabur and Amul had lobbied for straws to be exempted from the ban.

In a relief to consumers, the government has for now exempted plastic bags but it has asked manufacturers and importers to raise the thickness to promote reuse.

Other than the food and beverage and consumer goods companies, plastic manufacturers have also complained about the ban that they say did not give them adequate time to prepare for the restriction.

Some experts believe that enforcing the ban might be difficult. The government has decided to set up control rooms to check any illegal use, sale and distribution of single-use plastic products.

According to the United Nations, plastic waste is at epidemic proportions in the world's oceans, with an estimated 100 million tonnes dumped there. Scientists have found large amounts of micro plastic in the intestines of deep-dwelling ocean mammals like whales.