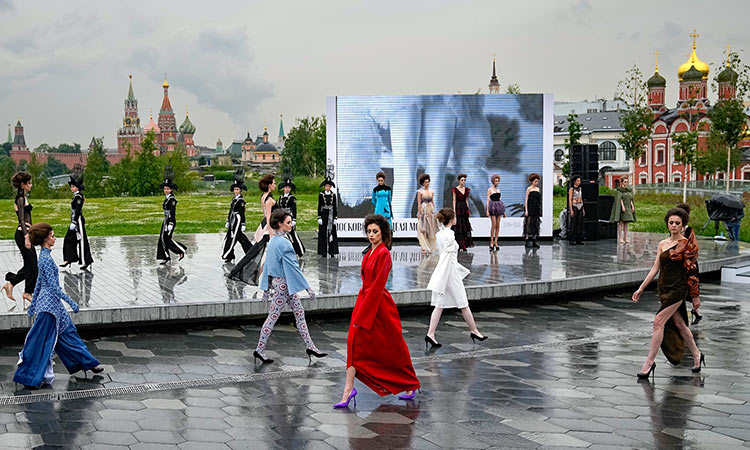 Models display a collection by a group of Russian designers of the Moscow Art-Industrial Institute. AP

Chic and adventurous models and couturiers have been spread all over the Russian capital for Moscow Fashion Week, flaunting their designs in venues ranging from a sprawling Stalin-era propaganda exposition to a large park near the Kremlin admired for its innovative features. 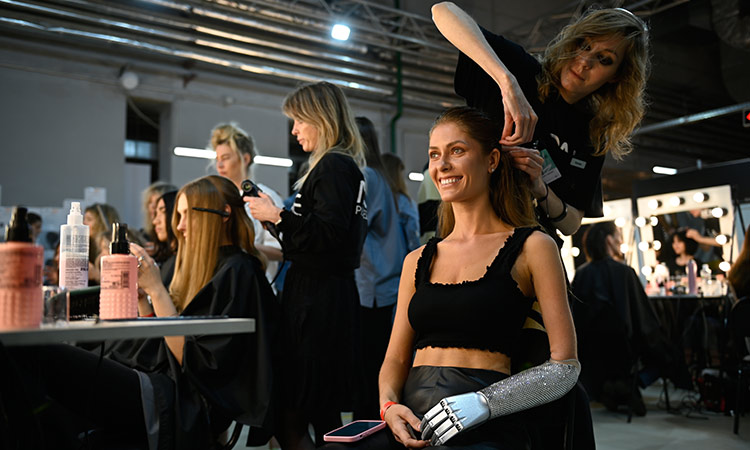 Models prepare to parade during the Fashion Week at Zaryadye Park. AP

Among the major names showing their clothes are Slava Zaitsev and Valentin Yudashkin.

The center of the action has been Zaryadye park, built where the vast and unwelcoming Hotel Rossiya once stood just east of the Kremlin and St. Basil’s Cathedral. The park’s most famous feature is an elliptical ramp that juts out over the Moscow River, an epic catwalk for models. 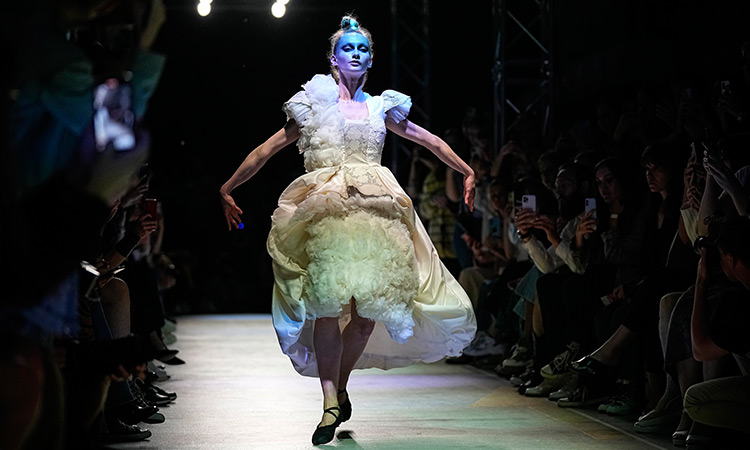 Many other shows are being held in VDNKh, built to show the "people’s economic achievements” and renowned for its array of elaborate Stalinist architecture. In one of the week’s memorable images, models in up-to-the-minute couture sauntered past the huge Friendship of People’s fountain that features golden women in idealized peasant dress.

The shows take place amid the pressures of increased sanctions against Russia because of fighting in Ukraine and the withdrawal of many foreign businesses. But designer Yulia Skalatskaya said her work is thriving nonetheless. 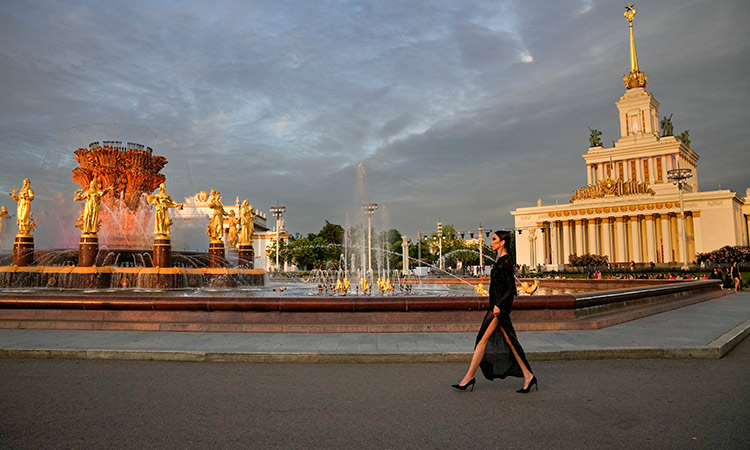 A model displays a creation by Russian designer Igor Chapurin at the fountain "Friendship of Peoples" during Fashion Week. AP

"I experienced some difficulties, but at the same time, to be honest, our sales have grown,” she said. "If you work well, if you make good collections then you’ll have more clients. If you only rely on the fact that some brands have left and someone’s place has been vacated, nothing will change only because of them leaving. You need to work.”