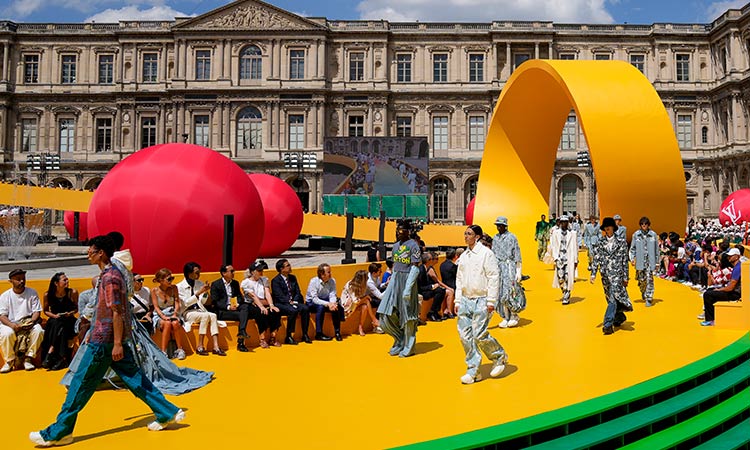 Louis Vuitton cranked up the volume at Paris fashion Week Thursday, spiriting Florida's famous Marching 100 band into the heart of the Louvre to kick off a show for its latest lineup of colorful menswear styles -- in honor of the label's popular, late designer Virgil Abloh.

"Virgil, long live Virgil," rapper Kendrick Lamar intoned, seated next to model Naomi Campbell on a bright yellow runway -- a blown-up toy racetrack that wound around a cobblestoned courtyard with a fountain running in the center.

Performers from the Florida A&M University band twirled flags to the fanfare of the brass instruments, breaking out into dance moves before marching off the runway in formation, clearing the way for the models. 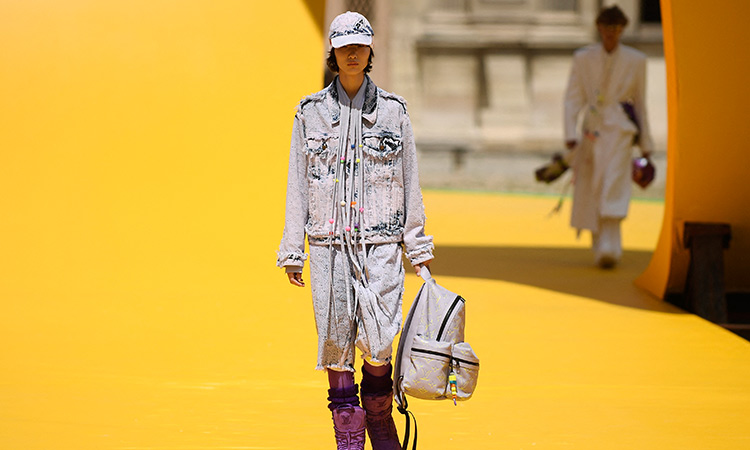 A model presents a creation by Louis Vuitton.

For the spring-summer collection, the fashion house's men's studio drew on Abloh's signature tailoring, sending out elongated suits in pastels, jackets covered with wildflower prints or embellishments like paper airplane shapes and dangling patches in the form of scissors. There were twisted, psychedelic biker jackets, fringed jean jackets, knit hats and shirts with jagged edges worn with loose, Bermuda shorts.

At the end of the show, models carried out a lightweight strip of pastel rainbow fabric, recalling Abloh's first Paris show for the label in 2018 which he held on a rainbow runway, symbolizing his approach to diversity.

Abloh, fashion's highest-profile Black designer, died last year at age 41 after a battle with cancer. He was known for taking inspiration from the streets and credited with cementing the arrival of streetwear into the world of high-end fashion.