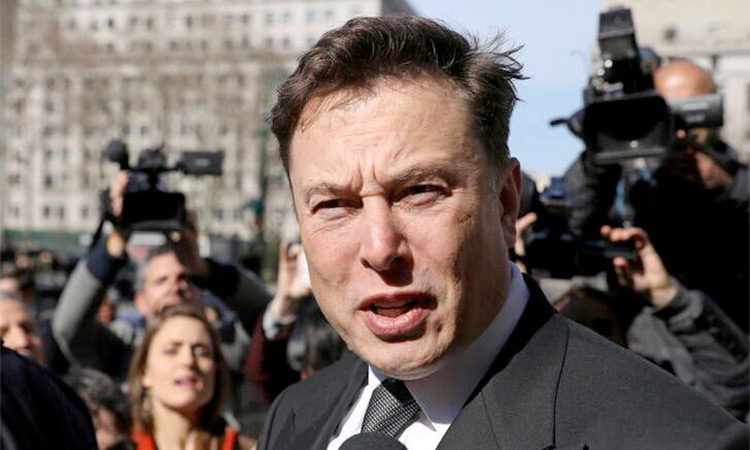 Elon Musk’s daughter from his first marriage has filed a petition to change her name, saying she does not “wish to be related to my biological father in any way, shape or form” and to reflect her new gender identity on the documents.

Formerly known as Xavier Alexander Musk, she is the daughter of the business tycoon and his first wife Justine Wilson. The couple separated in 2008.

The daughter, who recently turned 18, identifies as a trans woman and had filed a request to change her name in accordance with her new gender identity at the Los Angeles County superior court in Santa Monica in April.

“I no longer live with or wish to be related to my biological father in any way, shape or form,” said the petition, according to news agency Reuters.

Her new name was redacted in the online document, the agency pointed out. However, according to a TMZ report, she wants her name to be Vivian Jenna Wilson, in line with her gender identity and using her mother’s maiden name.

A hearing on the name change petition is set to begin on Friday, said the report.

A further explanation of the rift between Mr Musk and his daughter has not emerged yet.

Neither a lawyer who represents Ms Musk nor the Tesla media office has responded to the petition or released any statement on the move.

A month after the petition was filed in court, the Tesla and SpaceX chief, who is attempting a $44bn takeover of social media platform Twitter, declared his support for the Republican Party, which has endorsed a host of legislations that attempt to limit the rights of the transgender community in several US states.

Mr Musk has also, in the past, dubbed the idea of having preferred pronouns “an aesthetic nightmare”.

“I absolutely support trans, but all these pronouns are an aesthetic nightmare,” Mr Musk had tweeted in 2020.

In the same year, Mr Musk had said in another tweet that “pronouns suck”.

The billionaire and Ms Wilson married in 2000 and stayed with each other for eight years. They also have a son named Griffin.