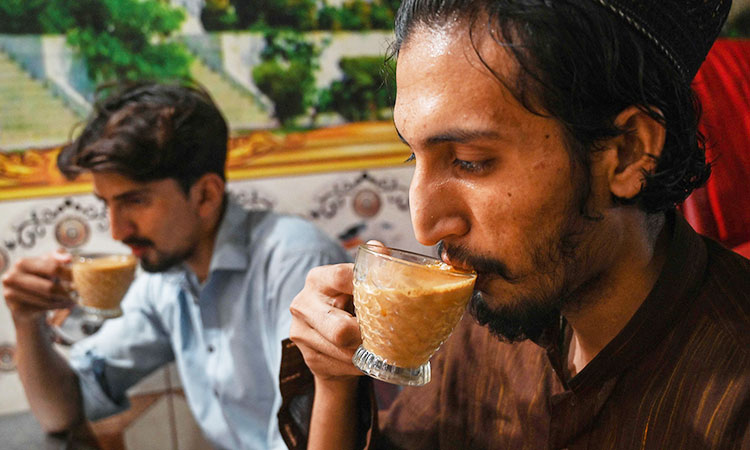 Men drink tea at a restaurant in Islamabad on Wednesday. AFP 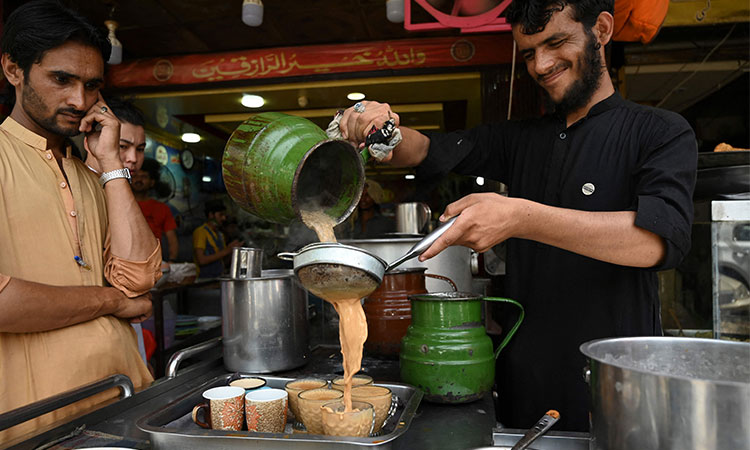 Minister for Planning and Development Ahsan Iqbal appealed to the masses to reduce 2 cups of tea everyday so that the country doesn’t need to borrow money to import tea.