Man pays Dhs57,800 to look like a dog, internet can’t get over it - GulfToday 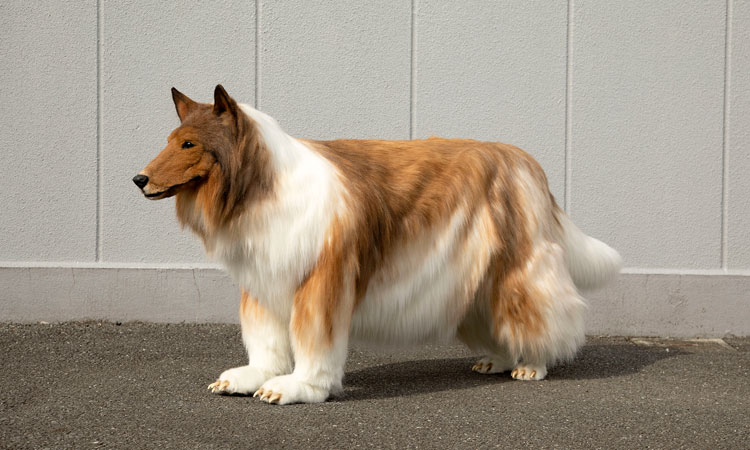 Toko poses for a photograph wearing the Collie costume.

It was a happy moment for a Japanese man whose dream of wanting to look like an animal came true.

The man named Toko asked a professional art and sculpting agency to design him a costume of "collie", a breed of dog.

According to Japanese media, Zeppet is the largest provider of sculptures for movies, commercials, and amusement facilities and also produces costumes, some even life size to be featured on TVs.

It even manufactures mascot characters in Japan.

The bizarre transformation has left the Internet stumped with no one guessing that it is a human being.

Toko shared videos and photos on his Twitter (@toco_eevee) to show his followers.

The entire costume is estimated to have cost more than Dhs57,800 (2 million Yen) and took 40 days to make.

Toko told the media that he chose a collie because "it looked real when I put it on during my test costume.

"My favourite is Quadrupedalism animals, especially the cute ones.

“I thought a big animal next to me would look unreal, so I decided to make a dog considering it would be a realistic model.

"Long-haired dogs can mislead the human figure. I met such a condition and made Collie, my favourite breed of dog."

Toko said the costume allows him to move freely, except there are some restrictions.

He joked that if you move too much then it would not look like a dog.

Social media users were quick to react to the costume.

David Shaughnessy commented on the YouTube video, “Imagine waking up hungover and your buddy has this on and he's talking to you lying on your chest…”

Goemon said, “So you can play Lassie where the kid literally understands everything you say.”

Heather Grey wrote, “I want to see him put the costume on. Like does he need someone to help to "zip it up? I'm trying to figure out where his knees go?

Lol like what position does he have to hold his body in? Do his feet sit on top of the dog's back feet kinda hunched over? Or does he walk on his knees? I need to know!...”

Josh said, “That is one extremely awkward dog lol.  Looks more like a robot than anything….”

A user with the name, “No Flex Zone” said, “I like how minimalist Japanese homes are. Very uncluttered. I bet the closets are packed with everything…”

The video and the photos have gone viral and Toko has become a celebrity as major media channels are featuring him with the costume on.