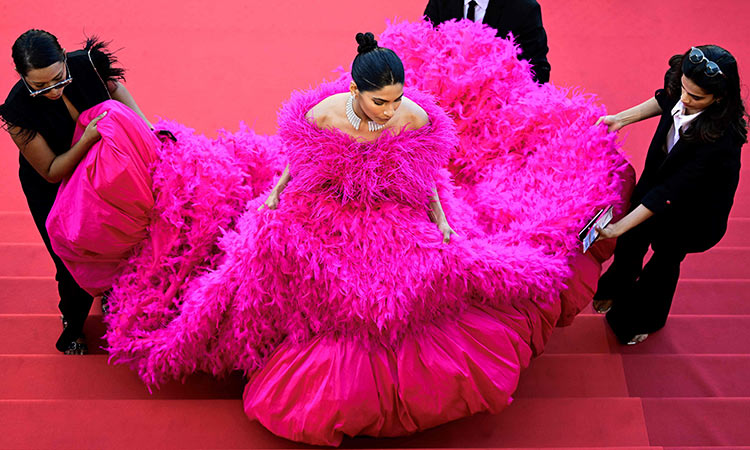 A guest arrives to attend the screening of "Final Cut (Coupez !)" ahead of the opening ceremony of the 75th edition of the Cannes Film Festival. AFP

After a cancelled 2020 edition and a scaled back gathering last year, the Cannes Film Festival on Tuesday rolled out the red carpet for what organizers hope will be a fully resuscitated French Riviera spectacular. 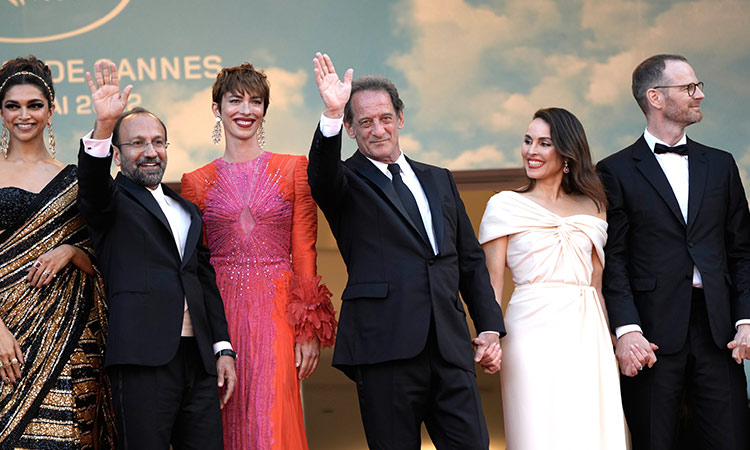 Jury members pose for photographers upon arrival at the opening ceremony and the premiere of the film 'Final Cut.'

The 75th Cannes Film Festival is set to open Tuesday night with the premiere of Michel Hazanavicius' zombie comedy "Final Cut.” Over the next 12 days, 21 films will vie for the festival's prestigious top award, the Palme d'Or, while a handful of high-profile Hollywood titles - including "Top Gun: Maverick,” "Elvis” and "Three Thousand Years of Longing” - will also launch in Cannes. 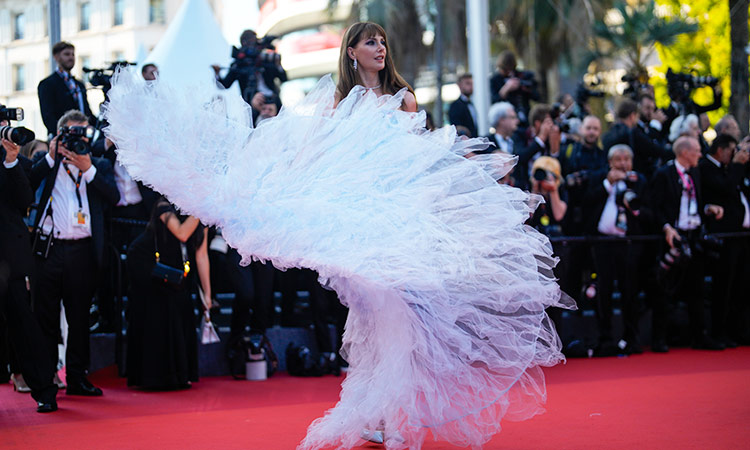 This year's Cannes will officially begin Tuesday evening with an opening ceremony preceding the premier of "Final Cut," which was renamed from its original title, "Z,” after Ukrainian protesters noted that the letter Z to some symbolizes support for Russia’s war in Ukraine.

The war in Ukraine is expected to be a regular presence in Cannes. The festival has barred Russians with ties to the government. Set to screen are several films from prominent Ukrainian filmmakers, including Sergei Loznitsa’s documentary "The Natural History of Destruction.” Footage shot by Lithuanian filmmaker Mantas Kvedaravičius before he was killed in Mariupol in April will also be shown by his fiancée, Hanna Bilobrova. 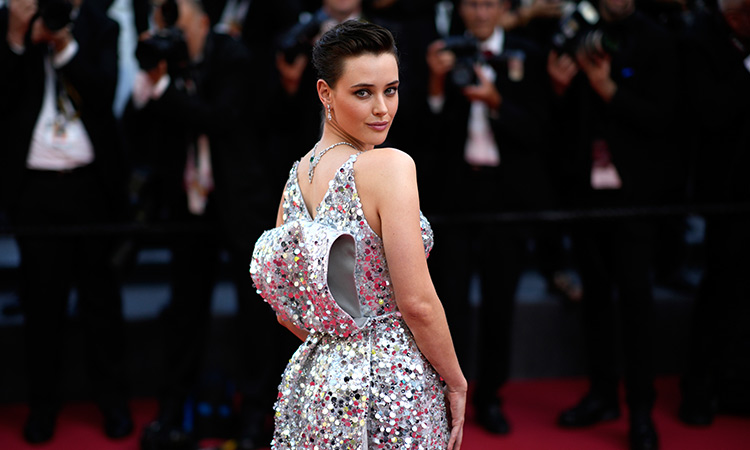 Katherine Langford poses for photographers upon arrival at the opening ceremony of Cannes. AP