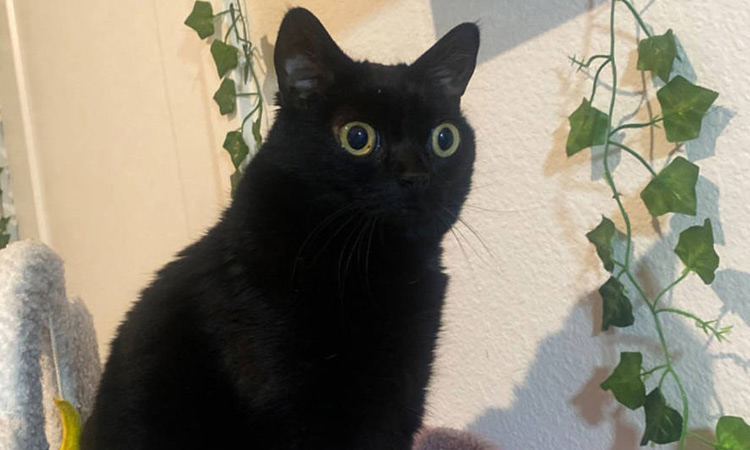 In a rare incident, the residents of Hell in the US state of Michigan announced the mayor of the town, a cat named Jinx for a whole day, according to local media in the US.

Jinx was selected to be the mayor for a day because of its massive popularity on social media.

Mia, the owner of the cat, confirmed that Jinx is not graceful in its walk because of the shape of her large feet, but she is likable, unconventional and acts spontaneously, and the funny thing is that she has become a big star on the Internet thanks to these flaws.

Mia said she found the cat in a field behind her house, she was only about 3 weeks old at the time.

Over the years, Mia noticed that Jinx's eyes were only getting bigger even after the cat stopped growing. The black feline also developed large feet, prompting her to walk in a funny way.

It turns out that Jinx is not the only animal to serve as a mayor in the US.