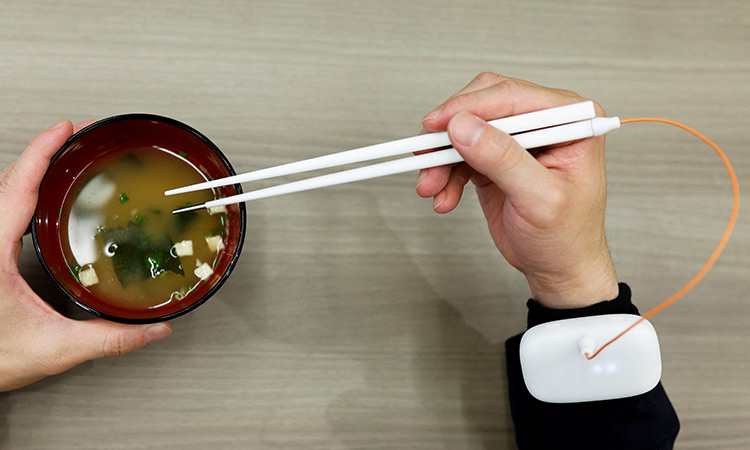 An employee of Kirin Holdings demonstrates the use of computerised chopsticks. Reuters

Japanese researchers have developed computerised chopsticks that enhance salty tastes, potentially helping those who need to reduce sodium in their diets.

The device uses a weak electrical current to transmit sodium ions from food, through the chopsticks, to the mouth where they create a sense of saltiness, said Miyashita. 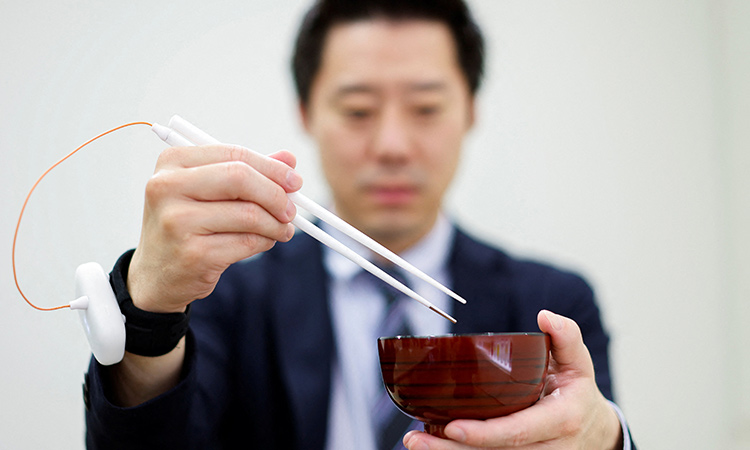 An employee of Kirin Holdings demonstrates chopsticks that can enhance food taste. Reuters

The taste-enhancing chopsticks may have particular relevance in Japan, where the traditional diet favours salty tastes.

The average Japanese adult consumes about 10 grams of salt per day, double the amount recommended by the World Health Organisation.

Excess sodium intake is related to increased incidence of high blood pressure, strokes and other ailments.

"To prevent these diseases, we need to reduce the amount of salt we take," said Kirin researcher Ai Sato.

"If we try to avoid taking less salt in a conventional way, we would need to endure the pain of cutting our favourite food from our diet, or endure eating bland food."

Miyashita and Kirin are refining their chopsticks prototype and hope to commercialise them as early as next year. 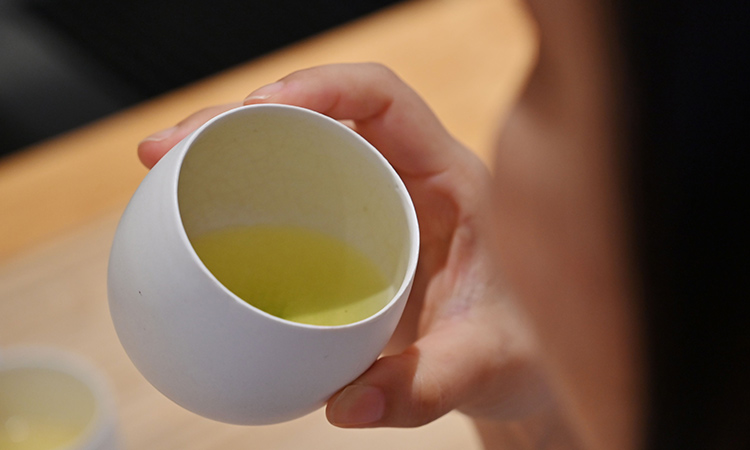