Jennifer Garner says only ‘50 per cent’ of what she cooks works out: ‘my kids are pretty patient with me’ - GulfToday

Jennifer Garner says only ‘50 per cent’ of what she cooks works out: ‘my kids are pretty patient with me’ 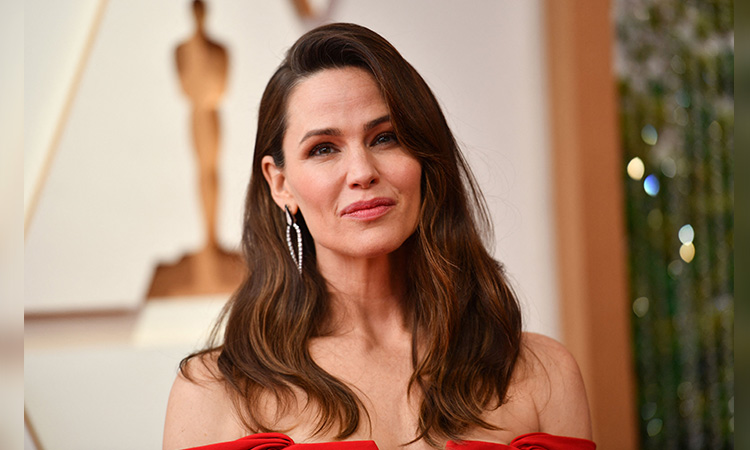 Jennifer Garner has opened up about her cooking skills, admitting that although “50 per cent” of what she makes doesn’t turn out as planned, she doesn’t mind.

The Adam Project star discussed her strategies in the kitchen during an interview with People, in honour of her new partnership with KitchenAid. The partnership was announced in a recent video of her Pretend Cooking Show, a series on her Instagram where she prepares different meals.

According to Garner, it doesn’t “deter [her]” when she makes any cooking mistakes, as her family is fairly “patient with [her.]” Garner is the mother of three children, Violet, 16, Seraphina, 13, and Samuel, 10, who she shares with her ex-husband, Ben Affleck.

Oscars 2022 The best-dressed stars on the red carpet

“Sometimes I really do think about 50 per cent of what I make works out. It doesn’t deter me,” the 49-year-old actor said. “Honestly, my kids are pretty patient with me. I’ll bake cookies or I’ll bake bread and I’ll forget and leave it in too long or I won’t pay attention and I’ll pull it out too early.”

Garner also acknowledged that she cooks and bakes for her family out of “love,” and they know that she’s trying her “best” with everything she makes.

“To me, baking and cooking for your family is love,” she explained. “They know that I care and that I’m trying my scattered best. I wish I were a type A as some of my characters have been in the past, but that is not my skill set.”

In her episode of Pretend Cooking Show posted to Instagram on 30 March, the 13 Going on 30 star could be seen making empanadas, a food that she said is often requested by her children.

“It’s a regular and it’s by request only,” she told People. “It’s not like I just remember to make them, but the kids every now and then will say: ‘It’s time for empanadas.’ I mean, you kind of can’t go wrong.”

She noted that when the empanadas were done, she “meant to freeze them.” However, her children loved them so much that all the empanadas “were gone” before she had the chance to do so.

In the Instagram video, she referred to her KitchenAid as her “best friend,” and revealed in the caption how she’d wanted a “mixer” as a child.

“This baby and I have been places together - like, literally - I’ve been known to bring him on location with me when working out of town,” she wrote about her cooking appliance. “It is with heartfelt happiness and ease that I bring the news that KitchenAid is now Pretend Cooking Show’s very special friend.”

Garner has previously discussed her cooking show and how it has kept her close to her friends and family.

“Cooking connects me to my family because my mom was such a steady, solid, really great cook,” she told Good Morning America in November 2020. “Whenever I smell a roast chicken or fresh bread baking or my neighbour Marge’s gingersnaps in the oven, it connects me to my childhood.”

“And I feel like I’m passing that on, and that comfort and cosiness, as much as I can to my kids, as well as an expectation that they will grow up and they know what healthy food is,” she added.