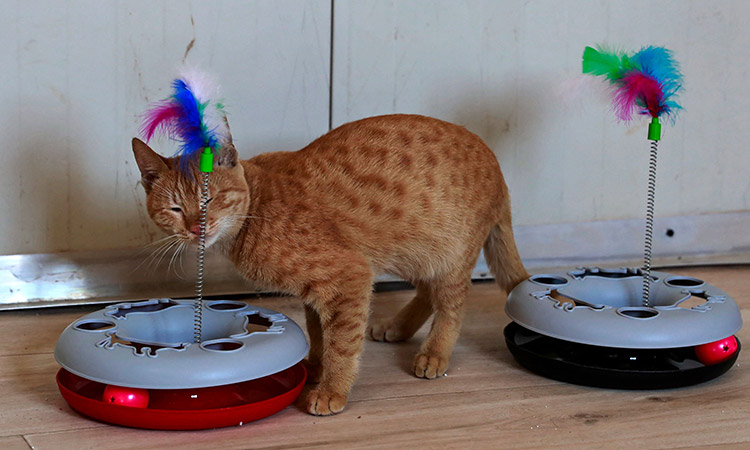 A stray cat plays with a toy at the Baghdad Animal Rescue. AFP

Bella the dog can barely stand after being abused, but she is now receiving care from a Baghdad refuge that hopes to become Iraq's first veterinary clinic for stray animals.

The Baghdad Animal Rescue opened around a week ago, and Bella, a nervous fox-like dog who raises her muzzle for strokes while still shaking in fear, seems in caring hands.

"We are going to care for all kinds of animals and release them when they're well," said Nazik, 37, who is among the volunteers. 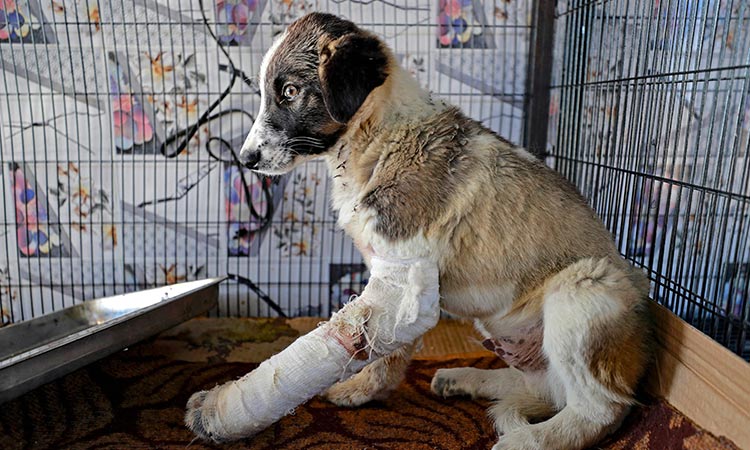 An injured stray dog rests in a cage at the Baghdad animal shelter. AFP

More than a decade ago, thousands of stray dogs were gunned down with automatic weapons after municipalities including Baghdad decided that their numbers were too high.

For now, the shelter is home to just a handful of animals, including a black cat named Zaatar -- "thyme" in Arabic -- who was blinded in a car accident.

"The team members share the cost of the treatment," Faysal said.

The refuge, just west of the Iraqi capital, consists of a main room where the animals receive treatment, along with a storage area and cages.

It could eventually hold several hundred animals, and aims to one day become a veterinary clinic for strays.

But for now, it lacks funding. 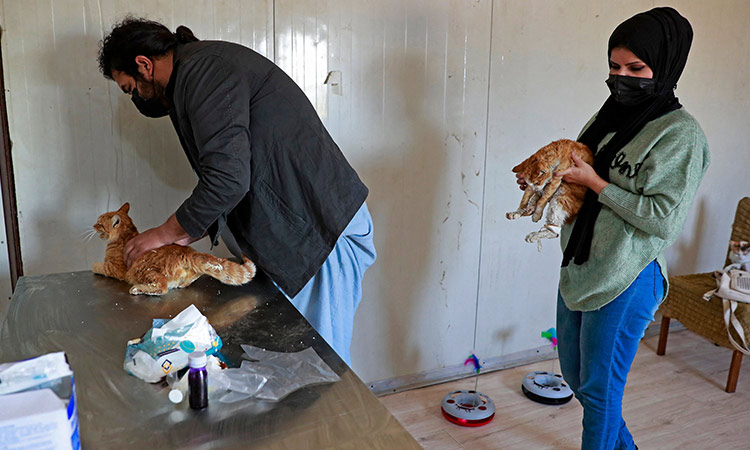 The team was able to buy the plot of land for 25 million dinars (around $17,000) thanks to donations.

Nazik, who declined to provide her surname, lamented that no public funding had been forthcoming "despite all the promotion we have done on social media".

Iraq is trying to emerge from almost two decades of conflict and has been mired in a political and economic crisis, and animal welfare is far from a priority either for most people or for the authorities.

The United Nations says about one-third of the population lives in poverty, despite the country's oil wealth.

According to the agriculture ministry, there are three reserves for wild species such as deer, but no facilities to care for urban animals.

In a corner of the shelter, Loulou the cat looked around fearfully after losing a paw in an accident.

Volunteers said that before the refuge opened, their family responded with perplexity and even hostility if they brought an injured animal back to their homes.

Once the dogs and cats have recovered, they are put up for adoption -- but will stay on at the refuge if a home can't be found.

"There needs to be an awareness-raising campaign to stop animal abuse," Nazik said. "They are innocent, after all."