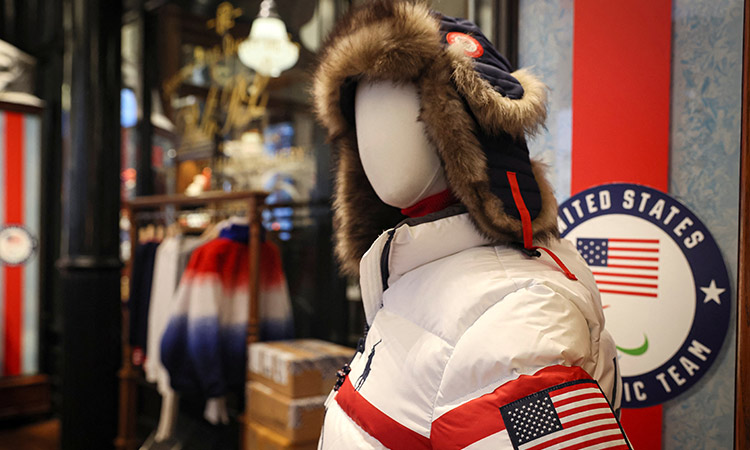 Team USA's opening ceremony uniforms for the Beijing Olympics include some sneaky new warming technology, along with a handy front pouch and a cinch waist on anoraks in navy and white.

The jackets unveiled Thursday by official outfitter Ralph Lauren include a smart, honeycomb-like fabric layer built in that expands or contracts in response to temperature changes - all without the use of a battery or wired technology.

The assist by a company called Skyscrape follows battery-powered cooling and heating tech the company used for some previous looks for the Tokyo Summer Olympics and the Pyeongchang Winter Games.

Bobsledder Aja Evans, a bronze medalist at Sochi and an alternate this time around, was pleased with the new gear that she modeled for media at the Polo Ralph Lauren store in Soho downtown.

"This is my favorite look,” said the three-time Olympian, who didn't medal at the 2018 Pyeongchang Games. "It feels good and can go from indoor to outdoor.”

Female athletes will parade Feb. 4 at the start of the games in China wearing red boots and red fleece pants with predominantly navy jackets. The men's looks are mostly white. Both will be wearing navy knit beanies, and both get the large bonus pouch on the front of their jackets to go with roomy side pockets and graphic touches on sleeves.

Ralph Lauren went with navy for their gloves, and all athletes will be provided with masks to help guard against COVID-19. Team USA's paralympians will receive the same gear. The team's closing ceremony uniforms in a buffalo plaid design were unveiled in October.

Evans, who competes in two-person bobsled, wasn't particularly nervous about soon heading to China while the omicron variant still poses challenges. The host country has severely restricted spectators and taken other precautions. 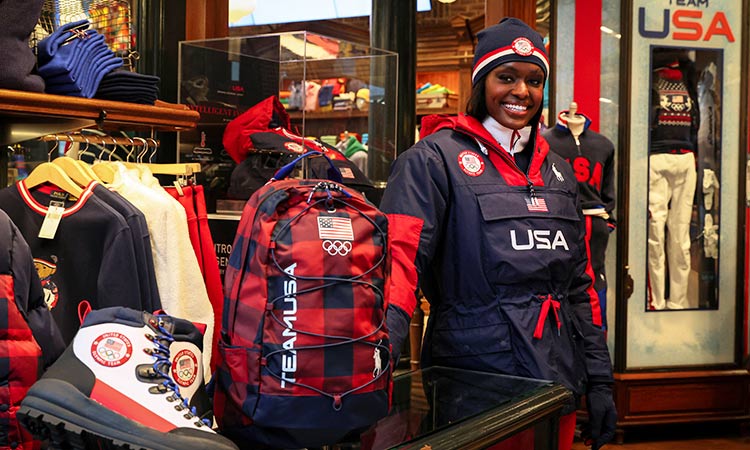 "We test every other day within the sport of bobsled and when we get to Beijing, we’ll be testing every single day,” she said.

The 33-year-old Evans said she’ll miss the camaraderie of Olympic Village life, exchanging Olympic pins, meeting fellow athletes from all over the world and attending events in other sports.

"This Olympic Village life will be a lot different than my previous Olympic Games. I know that, you know, with the COVID restrictions, there won’t be as much interacting and mingling or even going to other events. That’s going to be a bit disappointing and unfortunate. But the fact that the Olympic Games are going on is a blessing,” she said.

Evans, from the south side of Chicago, grew up in track and field with Olympic hopes. At the urging of a college coach, she switched to bobsled after graduation. Though she lives in Atlanta, she returns to Chicago often to encourage other kids like her to reach for their dreams.

"My journey through sports has shown me that my purpose is to help continue to inspire young women and children,” said Evans, who is one of many African American athletes now in the sport. "I go back home and talk to the kids where I sat in those same seats in the Chicago public school system, and to see someone like myself who looks exactly like them have an Olympic medal in a Winter Olympic sport just shows you that it's possible.”