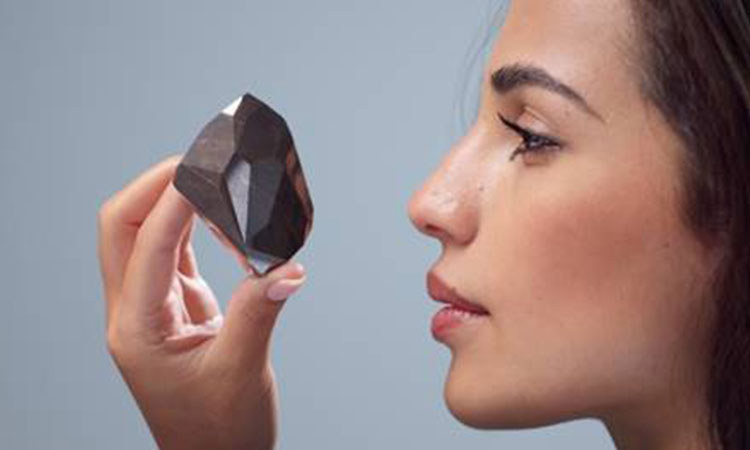 An employee presents a 555.55 carat black diamond to be auctioned at Sotheby's Dubai gallery on Monday.

The Enigma, the name of the rare black carbanado diamond, was put on display in Dubai. The diamond is believed to have been created when a meteorite or an asteroid hit the Earth more than 2.6 billion years ago, according to Sotheby's auction house jewellery specialist Sophie Stevens.

One of the most difficult substances to cut, the 555.55-carat diamond has never been shown by its unnamed owner of the past 20 years, but experts turned it into a 55-face jewel.

Its shape was inspired by the Middle East palm-shaped symbol of power and protection, the Hamsa, which is also associated with the number five. 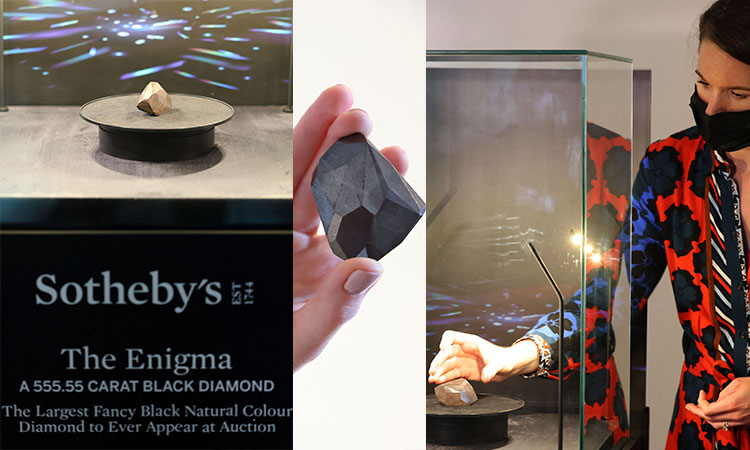 A 555.55 carat black diamond on display at Sotheby's Dubai. AFP

It is very different," said Stevens of the jewel, which holds a Guinness World Record as the largest cut diamond.

“We are honoured that Dubai has been chosen as the first stop for this exceptional rarity and are thrilled to play a part in its journey, which began so many millions of years ago. This is the first time we are introducing our cryptocurrency offering in the UAE, a move that is in line with the government’s own commitment to exploring new digital, technological and scientific advances. Unveiling this one-of-a-kind stone - both in our DIFC gallery and at the unparalleled Dubai Diamond Exchange - is a clear continuation of our dedication to showcasing the best of the best in the UAE,” Katia Nounou Boueiz, head of Sotheby’s UAE.

After being on show in Dubai the Enigma will also be taken to Los Angeles and London, before a seven day online auction starts on Feb.3.

What Sotheby's called a "cosmic wonder" could very well go to a bitcoin bidder, Stevens said. "We are accepting cryptocurrency for the diamond, which we have done for other important stones," she said.

Last year in Hong Kong, the Key 10138 diamond sold for $12.3 million, which was paid in cryptocurrency. 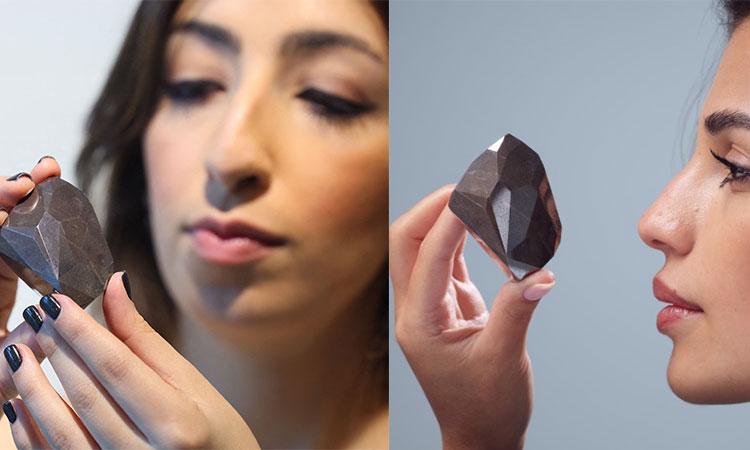 
Previously unseen on the market, and never before exhibited to the public, “The Enigma” will now be the star of a dedicated auction, open for bidding online from Feb.3-9.

One of the hardest materials known to man and near impossible to cut and polish, diamonds with a black coloration have typically been reserved for industrial uses, with gem-quality natural coloured stones being extremely scarce on the market. The Enigma – a natural faceted stone of record-breaking size and quality is therefore truly unique, marking an important moment for black diamonds at auction. 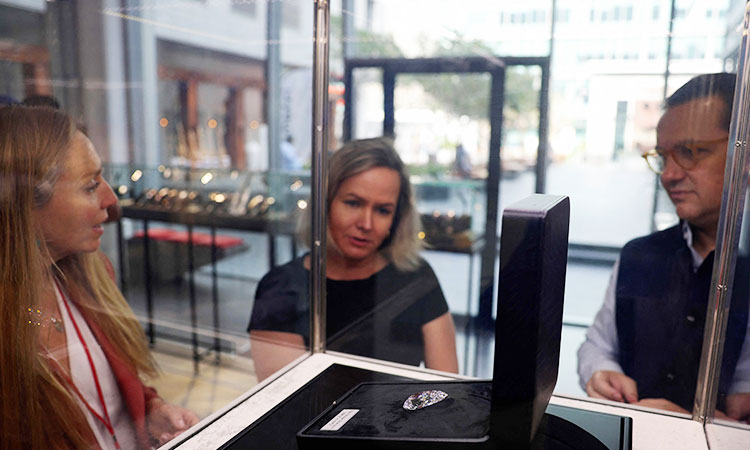 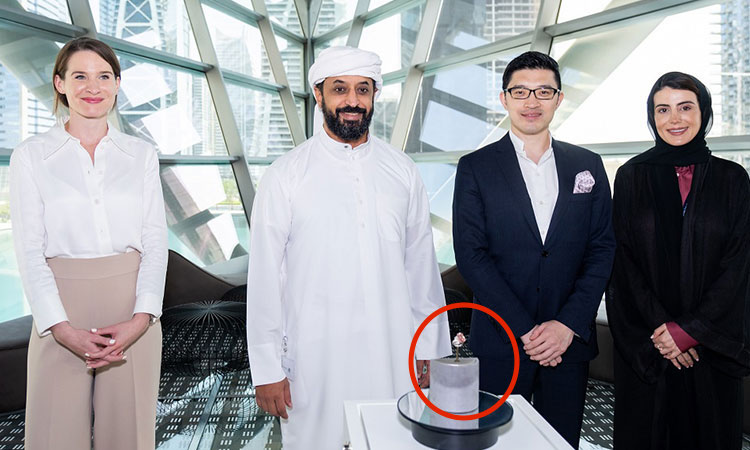 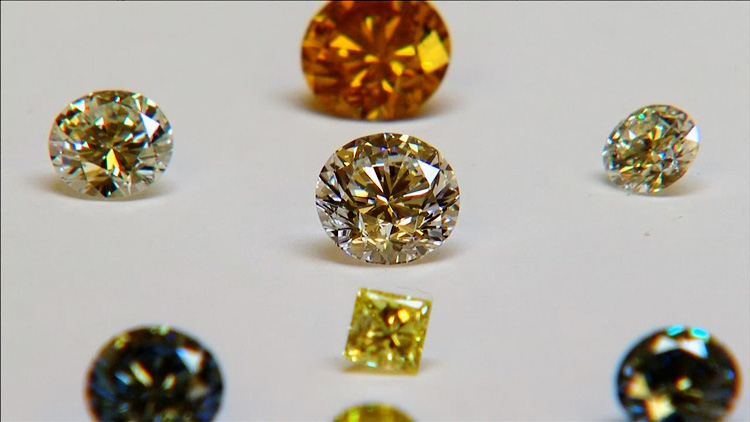