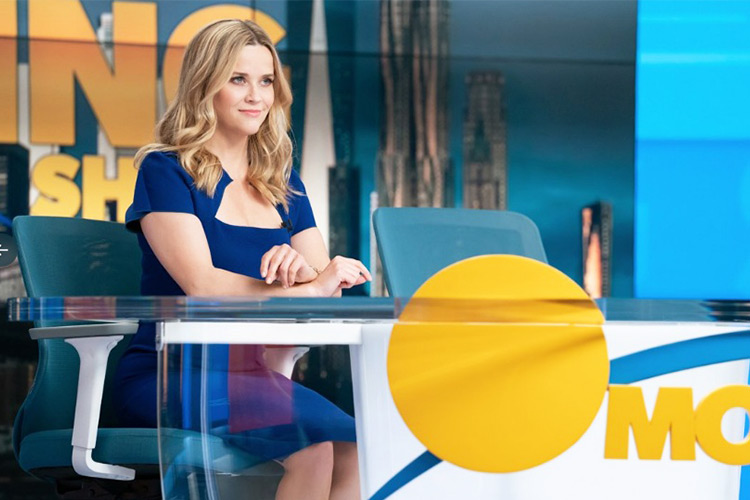 Reese Witherspoon poses for a photograph.

Actress Reese Witherspoon has revealed her goals towards staying healthy this year and many of her famous friends and fans, including celebrity chef Ina Garten, have shared their hilarious responses to it.

On 10 January, Witherspoon shared a video, discussing how much she’s been thinking about her daily life, on Instagram.

She noted that she’s working on a few new everyday habits, as well as sticking with the ones that she’s “trusted for a long time”.

“Let’s talk about habits!” “The Morning Show” star wrote in the caption. “Are there any that have improved your daily life?”

She listed the four new things that she has been working towards, such as starting “the day with a big glass of water”, getting “10 mins of outdoor light”, spending “30-60 mins reading without distraction everyday”, and being in bed by 10 pm.

So far, the actress’s post has received over 276k likes, with many celebrities sharing their thoughts of this new health plan in the comments. And for Food Network star Ina Garten, she was amused by Witherspoon’s goals and noted that it sounded a bit too rigorous. 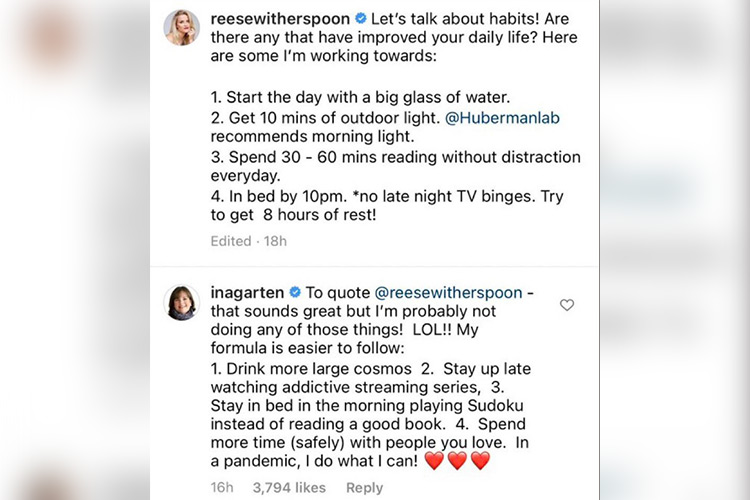 “To quote @reesewitherspoon – that sounds great but I’m probably not doing any of those things! LOL!!” the Barefoot Contessa host wrote in the comments.

“My formula is easier to follow: 1. Drink more large cosmos 2. Stay up late watching addictive streaming series, 3. Stay in bed in the morning playing Sudoku instead of reading a good book. 4. Spend more time (safely) with people you love. In a pandemic, I do what I can!”

Other celebrities also noted how they wouldn’t be able to follow through with the things on Witherspoon’s list.

“Om im laughing soo hard right now!!” actor Kathy Najimy commented. “ONE of those goals would be miraculous! I’ll start with a glass of water.”

Some people shared different habits, which are fairly simpler than Witherspoon’s, that they’d encourage others to take on.

“Laugh as much as u can and enjoy a margarita on the weekend!” chef John Gregory-Smith wrote.

Another Instagram user joked that the reason why they watch so much television late at night is because of one of Witherspoon’s hit shows.

“I know but I can’t help the late night binges of The Morning Show,” they commented. “Quit making this show so good and I’ll go to bed at a decent hour!”

Aside from all the humorous comments, many of them also praised “The Legally Blonde” star for sharing some of her intentions for 2022.

“I love this so much!!!!!” pastry chef Candace Nelson wrote. 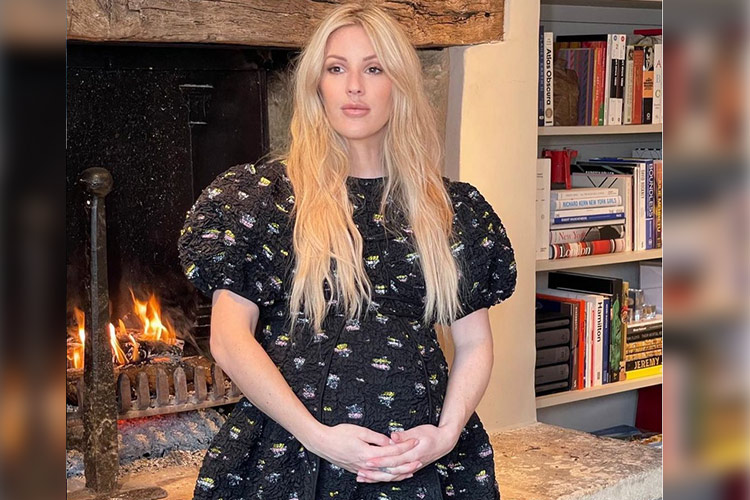 Goulding, 34, is pregnant with her and husband Caspar Jopling’s first child, and is approaching her due date.