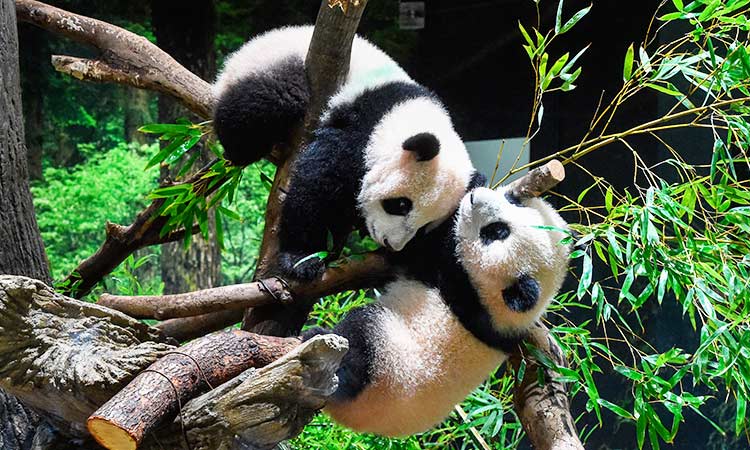 Twin panda cubs made their first public appearance Wednesday before devoted fans in Tokyo but only briefly for now - just for three days - due to a spike in COVID-19 cases driven by the omicron variant.

The twins, male cub Xiao Xiao and its sister Lei Lei, which were born at Tokyo’s Ueno Zoo in June, took their first steps as beaming fans held up their smartphones to film the cuddly pair as they played together.

In a video released by the zoo Wednesday, the twin cubs sit back to back on a tree, playing with bamboo, while visitors can be heard saying "kawaii (cute)!" in the background. Then the male cub steps on its sister to move up the tree.

The twins, which were palm-sized pink creatures when they were born, now weigh as much as a toddler each and have developed black-and-white fur. They enjoy climbing trees and playing together on the wood chips on the ground, according to the zoo.

In preparation for their debut, the twins and their mother were placed in a shared living quarter where they were exposed to sounds from a radio to get used to noise and voices from visitors. 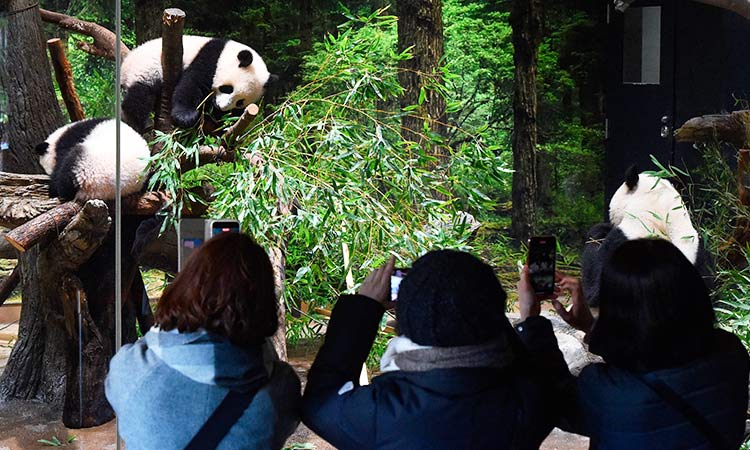 The zoo has been closed since Tuesday as the highly transmissible omicron variant spreads rapidly across Japan. The zoo is open only for the twin panda exhibit until Friday, with 1,080 visitors who won slots in a competitive lottery granted access each day.

Groups of six people were allowed to enter the panda quarters, where they could remain for one minute. The public viewing period is limited to two hours in the morning.

The rare animals live mainly in the bamboo-covered mountains in China's Sichuan area.

China has for decades loaned its unofficial national mascot in what is known as "panda diplomacy.” All pandas, including those born abroad, must eventually be returned to China.

The twin cubs’ elder sister, Xiang Xiang, born in the Ueno Zoo in 2017, is set to be sent back to China in June.

There are about 1,800 pandas living in the wild in China and about 500 others in captivity in zoos and reserves, the majority within the country. 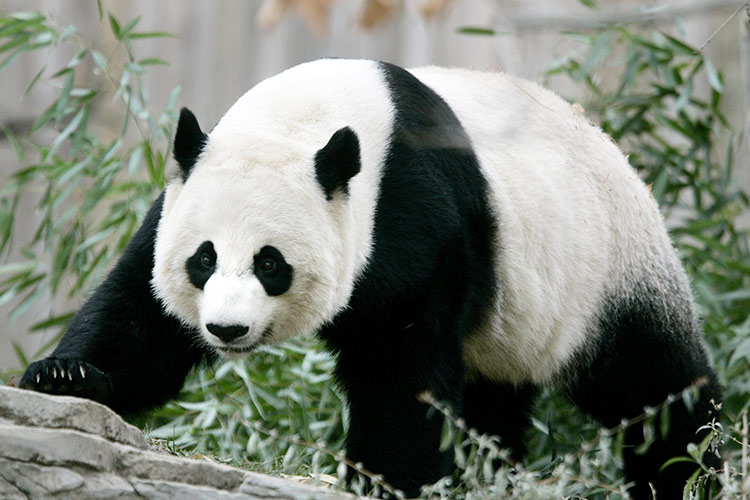 A month ahead of the Tokyo Summer Olympic Games, the city has another reason to celebrate - giant panda Shin Shin has given birth to twin cubs at Ueno Zoo, the first panda birth there in four years.