In Liberia, abandoned hotel stands as symbol of haunted past - GulfToday

In Liberia, abandoned hotel stands as symbol of haunted past 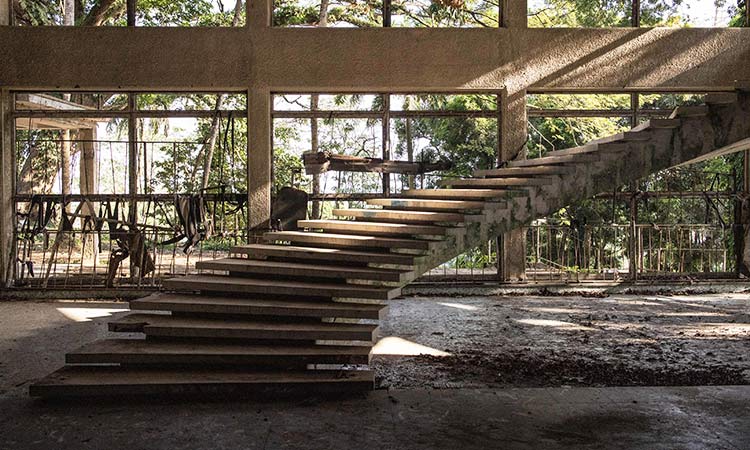 An old stairway is pictured in the dilapidated Ducor hotel. AFP

Towering above Liberia's ramshackle capital Monrovia stands a hotel that once symbolised an African dream yet today lies in ruins, a legacy of brutal conflict.

When it opened its doors in 1960, the Ducor was one of the only five-star hotels in Africa, boasting a night club and air-conditioned rooms, according to travel guides.

The Queen is installing solar panels at her Balmoral Estate

At its height, it hosted VIPs such as former Ethiopian emperor Haile Selassie. Guests would lounge by the swimming pool, sipping cocktails and watching the sun set over the Atlantic.

Today, little of Monrovia bears the visible marks of war, but the Ducor's decaying hulk stands as a reminder of the conflict that killed over 250,000 people.

The hotel lies in limbo, and even who owns it seems unclear. 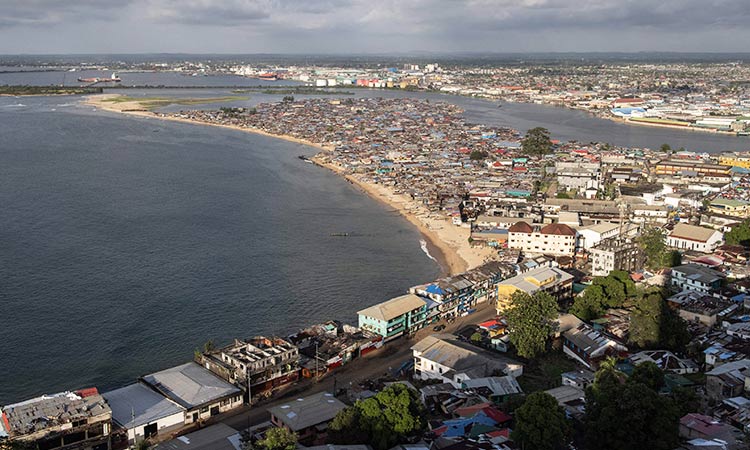 The famous West Point slum is pictured from the dilapidated Ducor hotel in Monrovia. AFP

"It makes everybody sad," said Ambrose Yebea, a retired tourism ministry official who previously offered tours of the hotel.

Liberia's government once planned to restore the hotel to its former glory with the help of former Libyan leader Moamer Kadhafi.

But there has been no progress since his downfall in 2011, and time continues to chip away at the Ducor, according to AFP.

There were few hotels in Monrovia in the 1950s, according to Yebea, prompting the construction of the Ducor in 1960 to cater to travelling executives and government officials.

Designed by Israeli architect Moshe Mayer, in modernist style, it became one of Africa's most luxurious hotels.

Photos of the hotel from the era show a gleaming building and guests taking life easy.

Many of Africa's leaders stayed at the Ducor during the 1960s and 70s, including Selassie, Yebea said, with several booking rooms during the 1979 conference of the Organisation of African Unity in Monrovia.

But by that point, the hotel was likely already in decline. 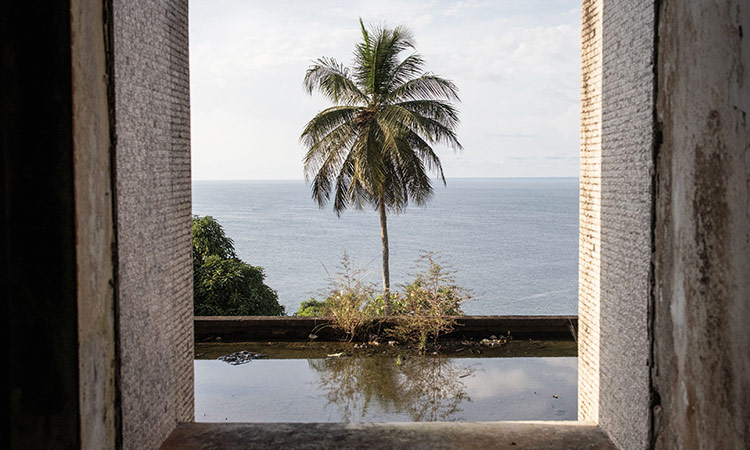 A palm tree is pictured through an old bedroom window in the dilapidated Ducor hotel. AFP

A 1975 World Bank report on Liberia describes the eight-story hotel as "quite run-down" -- and mentions government plans to renovate it.

According to a 2011 government statement, the renovated hotel was due to have 151 rooms, restaurants, a shopping centre, a tennis court and a casino -- as well as provide jobs in the impoverished country.

However, the project -- which with another scheme to develop a rubber-processing plant was priced at $65 million -- then fell foul of another war.

"It came to us as a big shock," said Frank Williams, a labourer who said he'd been one of 150 people employed by LAICO. "Today we are jobless".

In 2020, the UN Security Council also said that LAICO is struggling financially, incurring debts for the hotels under its management.

Some still hope to see the Ducor reborn.

"Every Liberian sees it the same way," he said. "They want it to be refurbished".