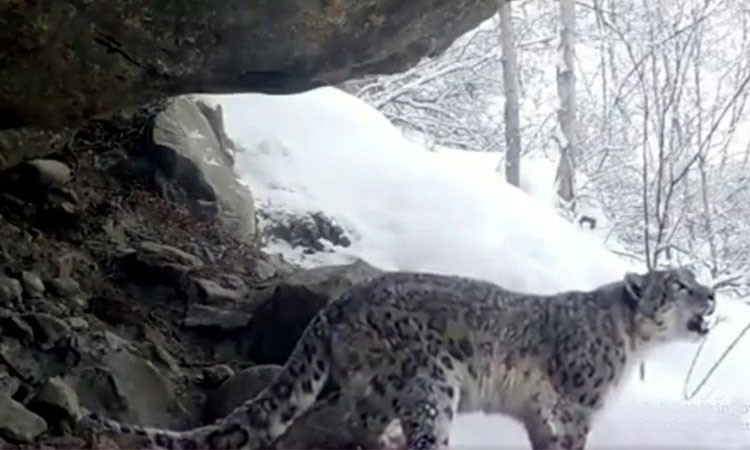 Pakistan Prime Minister Imran Khan on Saturday shared footage of a snow leopard roaming and roaring over the snowy mountains in Khaplu area of Gilgit-Baltistan (GB).

“Rare footage of the shy snow leopard in Khaplu, GB,” he captioned the short video clip on Twitter which showed the snow leopard under a cliff with snow all around.

Also called the “ghost of the mountains,” the snow leopards are shy and of elusive nature.

Moreover, the colouring of their coats makes them difficult to see against the snowy, rocky environment they live in. These cats are most active at dawn and dusk, which is called a “crepuscular activity pattern” by scientists.

In the Himalayas, snow leopards live in high alpine areas, mostly above the tree line and up to 18,000 feet in elevation. They are found in 12 countries — including China, Bhutan, Nepal, India, Russia and Mongolia. 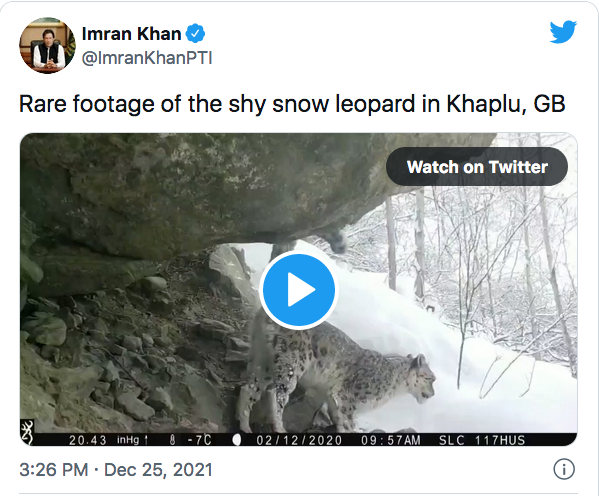 According to a media report, around 8,000 snow leopards are believed to be left in the wild worldwide, and fewer than 400 of them are present in Pakistan, including the GB region, where Under Baltistan Wildlife Conservation and Development Organisation (BWCDO) is working with local village populations to help protect and conserve the snow leopard.

BWCDO pioneered livestock insurance schemes for villagers to compensate farmers against livestock losses resulting from attacks by snow leopards to ensure the apex predators and humans coexist in harmony.

After more than two decades of hard work, the snow leopard population in the area is not only surviving but thriving.