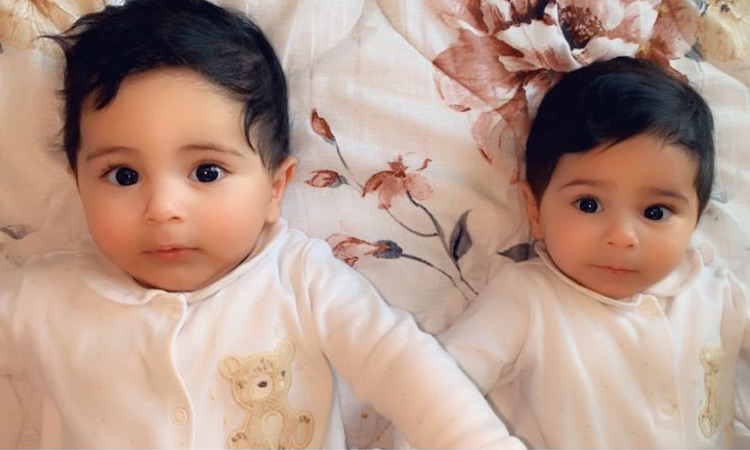 Among the cases is a 32-year-old woman who gave birth to twin boys, who was referred to the advanced fetal medicine unit at the Corniche Hospital for a laser operation after diagnosing fetal blood transfusion syndrome, in the eighteenth week of her pregnancy.

Another woman was diagnosed with fetal blood transfusion syndrome in the twenty-fourth week of pregnancy.

Maitha Almheiri, mother of twins Mohammed and Ahmed Rashid Salem Alshamsi, said: “My twins were diagnosed with TTTS at week 24 of my pregnancy. I was feeling tired, unable to breathe or eat properly; I felt inflated and had contractions. I was referred to the Advanced Fetal Medicine Unit at Corniche Hospital for the laser procedure. I didn’t hesitate even for a second after speaking to Dr Leanne Bricker and her team. Post the procedure, I felt relieved as I started feeling and breathing better even while still in the operating room under local anesthesia. The support and approach of the team at Corniche Hospital provided the ultimate relief, and my babies were born on the 16 May.”

Noor Alsamrai, gave birth to twins Ibrahim and Abdallah Yousef Ali Albairaq on 16 March. She was referred to the Advanced Fetal Medicine Unit at Corniche Hospital for the laser procedure after TTTS was diagnosed at week 15 of her pregnancy.

The 32-year-old said: “I was so scared and uncertain about the outcome, but meeting with Dr Leanne Bricker and the team provided me with much needed assurance given their level of expertise and knowledge. The team was in control throughout the procedure, and I am grateful to the outstanding care I received. It’s been a year since I had the procedure at 18 weeks of pregnancy. Compared to my hometown in Sweden, I was impressed with the fast diagnosis, advanced treatment and smooth coordination between Corniche and the referring hospital here in the UAE. I would encourage mothers with monochorionic twins to have their pregnancy follow-up done with the right doctors to identify any issue early on.”

Dr Bricker stressed the importance of following up on monochorionic twins with fetal medicine specialists who have experience and knowledge, to identify potential problems and intervene in their treatment the right time.

Dr. Werner Dale, Head of the Advanced Fetal Medicine Unit, and a consultant in maternal and fetal medicine, said: The hospital includes a team of qualified experts who have great experience, who have trained and practiced their work in the United Kingdom and Germany, where they performed 122 laser separations of blood circulation between intrauterine twins to separate the twins. fetal angiogenesis, achieving similar results to major fetal medicine units around the world, representing a legacy of competence and expertise in treating fetuses in Abu Dhabi.