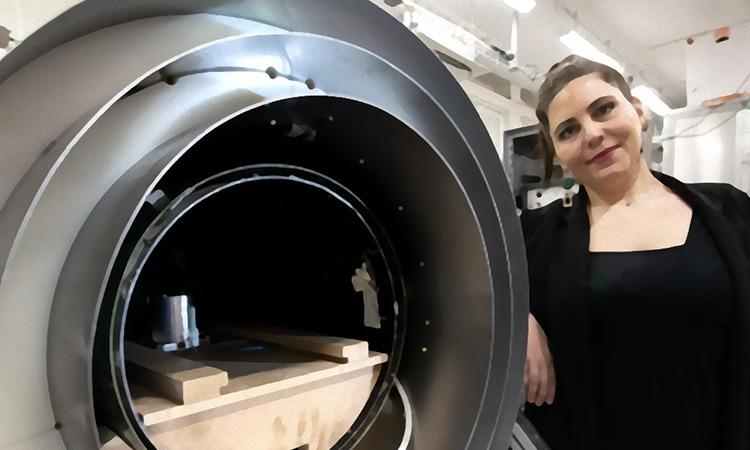 A researcher posses with a quantum sensor.

Researchers at the British Sussex University showed that a quantum sensor could help doctors to detect neurological diseases such as Alzheimer early, by using the scanners of the sensor to discover the minor changes in the magnetic fields produced by the neurons in the brain.

Technology plans the brain first by measuring the magnetic fields produced by electrical currents in the brain when they are released by neurons.

Quantum sensors are magnetic measurements which provide more timely and minimized measurements, meaning that they can measure changes taking place very quickly, and locate the place of the signals in the brain in a better way.

Researchers tested the sensors on three patients, where the device was able to measure the speed of the signals through the brain.

Professor Peter Kruger, joint author of the study, said: "Quantum technology makes diagnosis very accurate, where the sensors contain gas from Rubidium atoms. When atoms are exposed to lasers, they test the changes in the magnetic field and release light differently. The fluctuations of light released by these changes gives minute results in parts of a second.

Ekaterini Galopsu, the main author of the study said, "We hope through this development to open the door to more developments which can cause a revolution the nerves science.