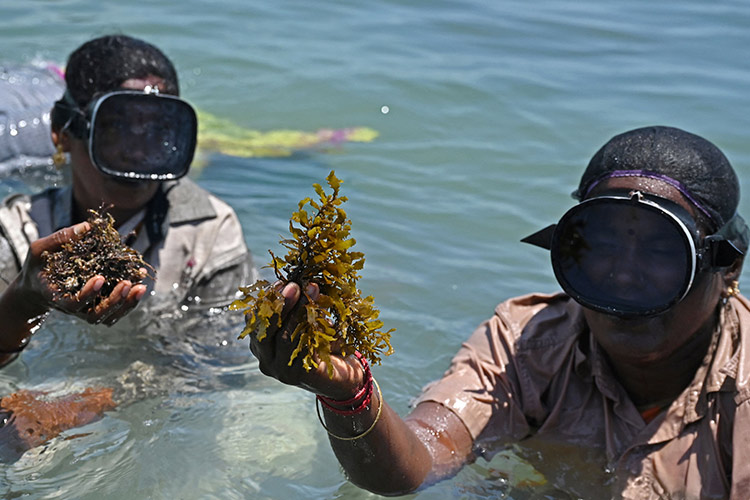 Women display wild seaweed after harvesting from the waters off the coast of Rameswaram in India's Tamil Nadu state. afp

Draped in a colourful saree and shirt, Lakshmi Murgesan dives into the azure waters off India's southern coast to collect seaweed, which is being hailed by scientists as a miracle crop that absorbs more carbon dioxide than trees.

India is the world's third largest carbon polluter, behind China and the US, and has yet to set a target date for its emissions to reach net zero.

But authorities are looking into how seaweed farming could help reduce the impact of greenhouse gas emissions, reverse ocean acidification and improve the marine environment, as well as providing a sustainable livelihood for marginalised coastal communities.

Joanna Lumley suggests wartime-like rationing to save the planet

"I am doing this for my children... It requires a lot of hard work, but I am able to earn good profits from about four months of work," said Murgesan, who makes 20,000 rupees ($265) each month farming the fibrous macroalgae. 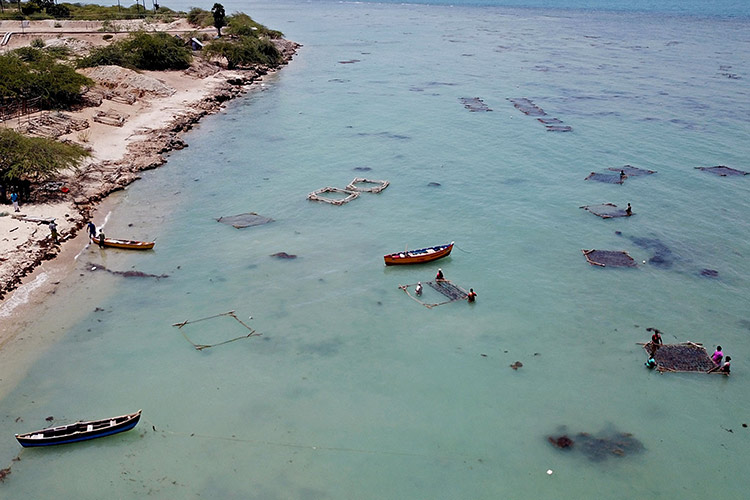 "I would not have been able to educate my children but after doing this, I could send my children to college," she added, smiling as she emerged from the waters in Rameswaram, in the southern state of Tamil Nadu.

"It is a miracle crop in many ways, it is eco-friendly, it doesn't use land or fresh water. It absorbs carbon dioxide dissolved in water during photosyntheses and oxygenates the entire marine ecosystem," Ganesan told AFP. 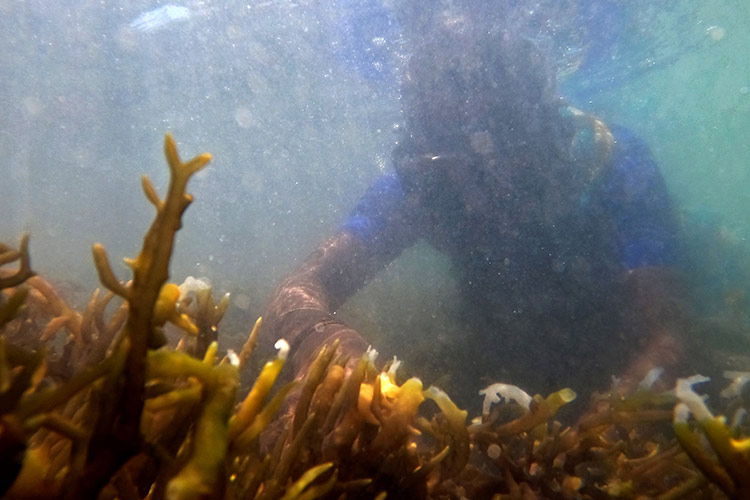 Globally, seaweed production was worth around $12 billion in 2019 and is expected to grow to $26 billion by 2025, with China and Indonesia having 80 per cent of the market share.

Murgesan is part of a team of women who work together to cultivate fronds of seaweed on bamboo rafts, before harvesting and drying them.

The tropical waters of Tamil Nadu form an ideal environment -- with one raft yielding up to 200 kilos (440 pounds) in around 45 days.

The product is then sent for sale in markets nationwide as well as the US and Australia through AquAgri, a private company that promotes algal cultivation in India.

Grow what we need

Seaweed does not require fertiliser, freshwater, or pesticides. Kelp, one of the most commonly farmed types, grows at a rate of 61cm (two feet) a day. 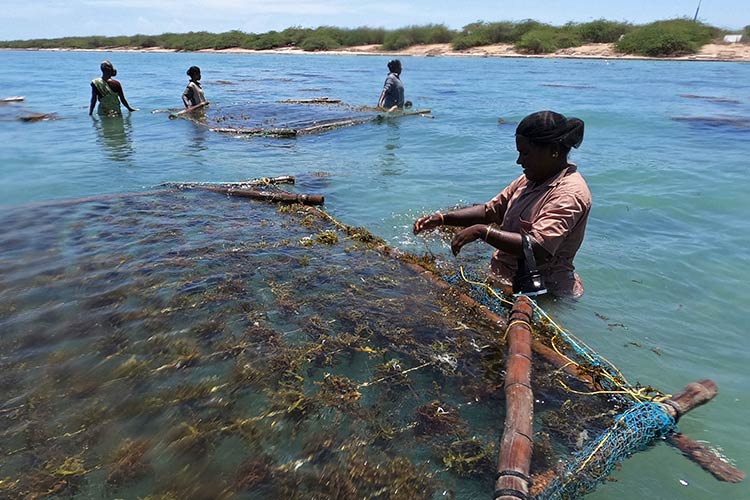 They absorb an estimated 173 million metric tons of carbon each year -- the same annual emissions as New York State, according to a 2016 paper in Nature Geosciences.

As well as absorbing carbon dioxide when it is alive, when it dies and drops to the seafloor, seaweed also keeps carbon in the sediment, Ganesan added.

However scientists say there can be downsides to farming it.

"Overharvesting seaweed has its drawbacks because it forms the food for many reef dwelling creatures like sea urchins and reef fish," said marine biologist Naveen Namboothri, from Dakshin Foundation, adding that extraction could disturb the reef.

Conscious of these risks, Murgesan and the other farmers work for only 12 days a month and don't harvest during the main fish breeding season, between April and June.

"We only grow as much as we need and in a way that doesn't harm or kill the fish," she said, sitting on the shore after the day's toil, the gentle surf rising and ebbing behind her.

The dangers of getting hurt by the rocky sea bed or stung by jellyfish always lurk for the women, but they appeared undaunted, laughing and chatting away their worries.

"We face a lot of hazards but this work has given me and my family some dignity," she said, adding: "Our living standards have improved and now others in my village also want to become seaweed farmers."