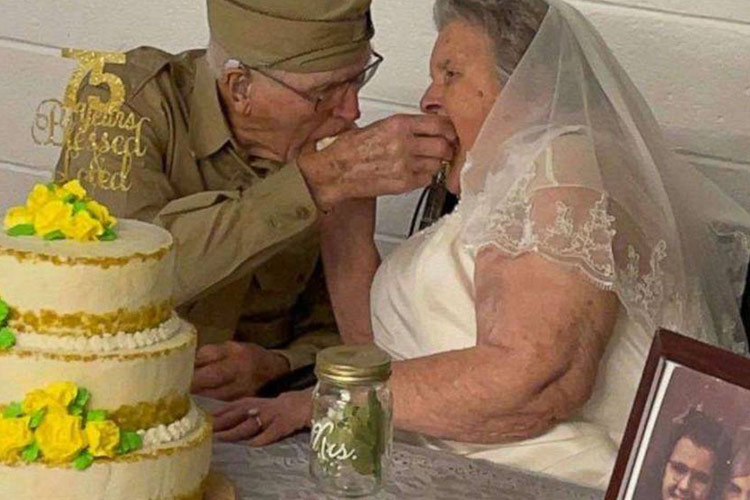 The family of the American couple, Ulysses and Lorraine Dawson, celebrated their wedding after 75 years of marriage, as they married in 1946 when Ulysses Dawson was in the military and was unable to hold a proper wedding ceremony.

“This is my wedding, which I didn't have when I was young,” said Dawson.

“My dad was in the army when he got married,” said their daughter, Laverna Sharon Adkins, and I wanted to have a wedding for them.

Ulysses was serving in the military so they made it a quick affair with just a ceremony and no reception.

Lorraine said, "Be sure you love each other.

Another daughter, Rita Poling, said: "My mother chose distinctive colours such as yellow and white, while my father wore the uniform of the Second World War.

The same uniform Ulysses wore when he met Lorraine

The Dawson family expressed their happiness at this happy marriage, which lasted for years.

"Thank God for the happy years, I have never had better years," said Dawson.

"I thank God for all that happiness and joy today," Ulysses added 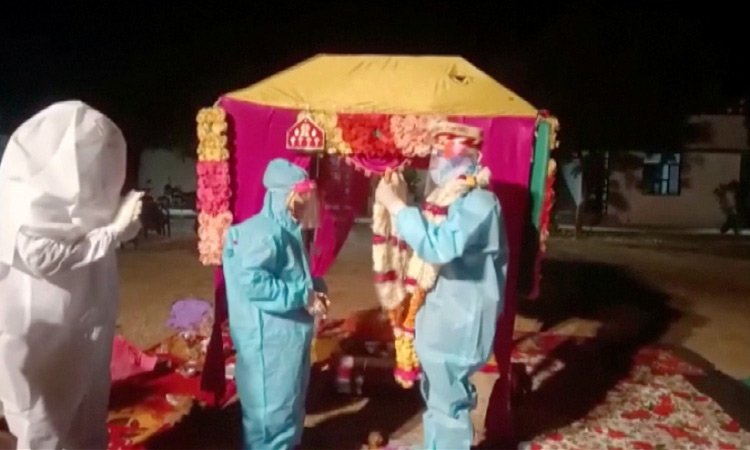