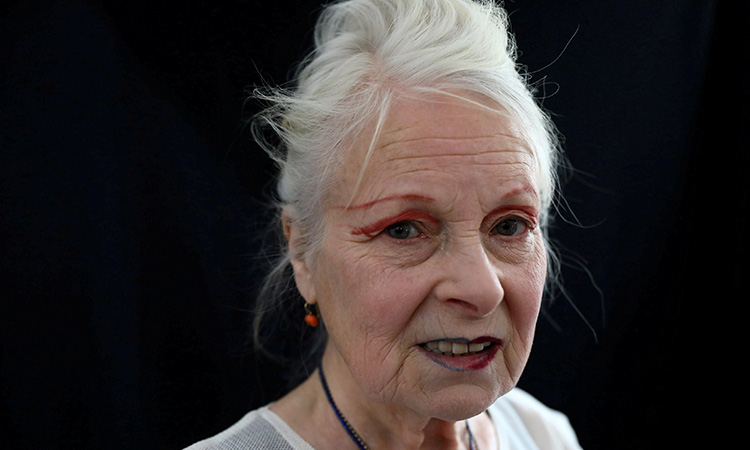 British fashion designer Vivienne Westwood and Nigerian author Ben Okri read out their "Letters to the Earth" on Monday, as part of a campaign urging action against climate change in the run-up to the U.N. COP26 summit.

Angry Jordanian stops music festival due to his mothers illness

The 80-year-old designer, known for her environmental activism, Okri and children's choir SOS From the Kids were among those taking to the stage at the Shakespeare's Globe theatre in London to read their letters in a recording released next week.

"Rewilding is not to do with stop farming and let everything go, it's to do with start farming in collaboration with nature. Let nature bring the soil back to health," she told Reuters.

Founded in 2019, the global campaign has seen the likes of Yoko Ono and Oscar winner Mark Rylance joining adults and children in writing letters about their environmental concerns.

"What we're doing now in the run up to COP ... (is) we're really wishing for everyone worldwide to raise their ambition for climate action," Kay Michael, co-founding director of the "Letters to the Earth" campaign, said.

"We believe that to enable that, we need to invite people to express their vision for a better world."

Booker Prize winner Okri read his previously published letter "The Age of Catastrophes" and joined his partner in a poetry-dance performance. Their 5-year-old daughter read her own letter.

"My letter ... is asking the Earth to chastise us," Okri said. "It's time that we took some responsibility for what we're doing."

SOS From the Kids, who write and perform songs as part of their environmental activism, shared their letters urging for better protection of nature and wildlife and calling for justice for those badly impacted hit by the climate crisis.

Monday's recordings will be released on Oct. 25, a week before the COP26 summit begins in Glasgow.